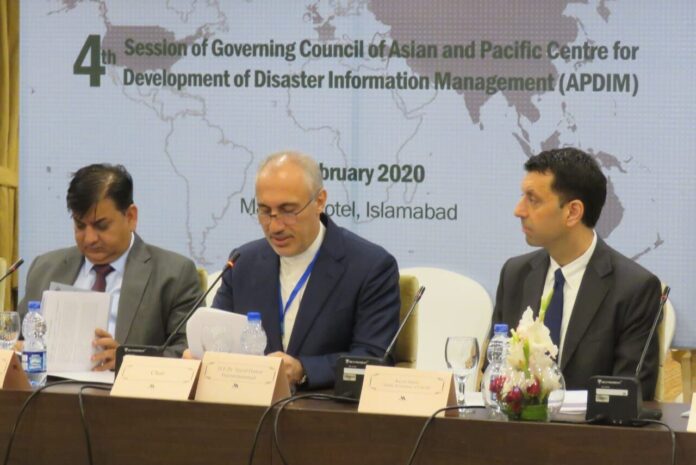 Iran says Washington’s sanctions against the country are targeting civilians, are inhumane and contravene the United Nations Charter.

“The sanctions are targeting non-military and humanitarian items such as food and drugs, which, accordingly, puts people’s safety at risk, and the sanctions are in violation of numerous articles of the UN Charter,” said Seyyed Hamid Pourmohammadi, who holds the rotating presidency of the Board of Governors of the Asian and Pacific Center for the Development of Disaster Information Management (APDIM) in his speech at the fourth meeting of the board.

He added the US sanctions run counter to the sustainable development objectives set by the United Nations.

“The United States’ unilateral sanctions have created a serious challenge for the Islamic Republic of Iran reaching its economic growth objectives and have led to income inequality,” said the official.

“As a committed member of the United Nations, the Islamic Republic of Iran is implementing its sixth five-year [economic] development plan, which focuses on the role of knowledge-based economy and the development of new technologies in various fields,” added Pourmohammadi, who handed over the board’s rotating presidency to Pakistan at the meeting.

“The Islamic Republic of Iran has, recently, witnessed serious challenges in the way of achieving the goals of economic growth, and has also experienced inequality in income, which is a fallout of the US government’s unilateral economic sanctions,” said the Iranian official.