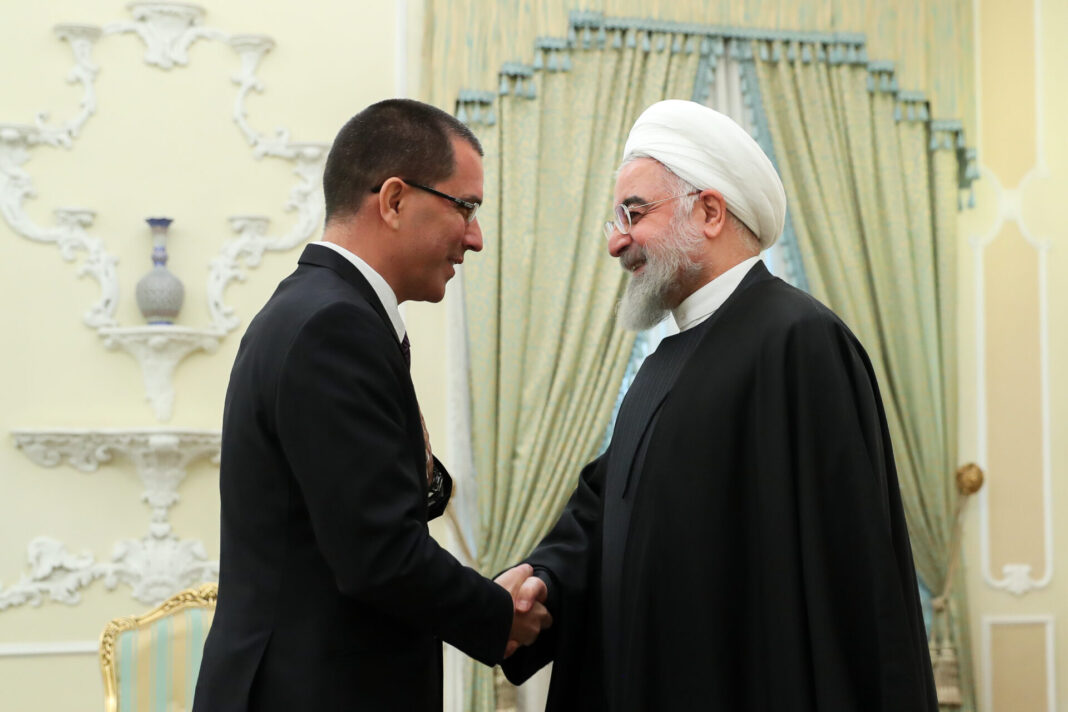 Iranian President Hassan Rouhani says the United States’ pressure against the Iranian and Venezuelan nations and governments is an instance of crime against humanity.

Speaking on Tuesday in a meeting with the Minister of Foreign Affairs of Venezuela Jorge Arreaza in Tehran, President Rouhani said Washington’s illegal sanctions against the Iranian nation and their pressure and conspiracy against the Venezuelan government and nation are a crime against humanity.

“There is no doubt that independent states will resist these pressures and conspiracy and the nations’ resistance will make US regret their conspiracies,” he noted.

“The current US government is acting against both sovereign nations and governments and to the detriment of its people, and today it has become the enforcer of the Zionist regime’s policies in the world,” Rouhani said.

Rouhani praised the Venezuelan government and people for their expression of sympathy and condolences with the Iranian people over the martyrdom of Lieutenant General Soleimani and said, “His martyrdom made the Iranian nation deeply sorry and angry with the crimes of the US.”

He further referred to the friendly relations between the two countries, saying, “The Islamic Republic of Iran is ready to deepen its relations and cooperation with Venezuela as a friendly country.”

The president said, “Iran and Venezuela can develop their relations and cooperation in all fields, including in the fields of mines, energy, power plant construction and scientific and technological cooperation, and we are ready to hold a joint commission on cooperation in the near future.”

He that the Iranian and Venezuelan people like each other and the cooperation and friendship of the two governments should be further developed.

The Islamic Republic of Iran will stand by the Venezuelan government and nation against US pressures, he vowed

In turn, Jorge Arreaza once again expressed his condolences and sympathy with the Iranian government and people over the martyrdom of Lieutenant General Soleimani in the US act of terrorism.

“There is no doubt that independent governments and nations will defend their interests under the enemies’ pressures and conspiracies,” he noted.

He also appreciated the comprehensive relations and support of the Islamic Republic of Iran, calling for development of Tehran-Caracas relations and cooperation.