US Not to Fire More than Few Missiles at Syria: Expert 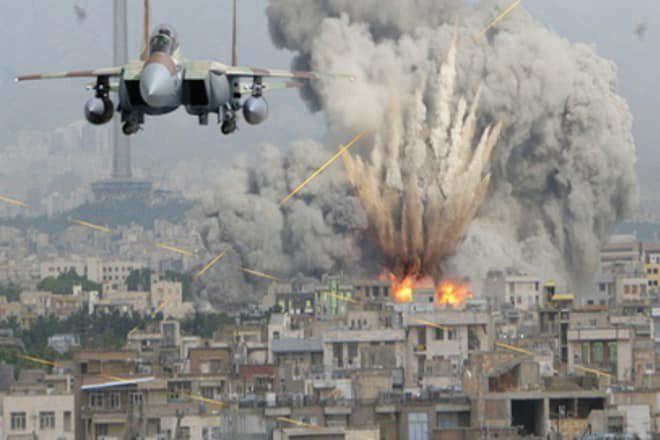 A senior Iranian expert and a former diplomat believes the US does not seem to be launching a massive strike on Syria and the case will not be so serious that Iran’s intervention would be needed.

Noratollah Tajik, Iran’s former ambassador to Jordan, has downplayed US President Donald Trump’s recent threats to attack Syria, saying that he believes just a few missiles will be fired at military bases or some of the industrial centres.

Later they would declare these places as Syria’s chemical hubs, he noted in a Farsi interview with Entekhab news website.

“Some analysts are of the opinion that the attacks will be of a great range, but I think at present, the United States has no extensive operational capability,” underlined Iran’s former diplomat.

Tajik said “Trump has vowed to do something, but he can’t.”

He further noted that given the United States’ domestic problems, the country’s issues with Russia, and the ongoing investigations into Trump’s case, and, in general, the overall domestic situation in the US, the country will not launch a massive strike against Syria.

“On the other hand, Putin is different from Medvedev. During the Obama administration and Medvedev’s term, Washington received a very weak green light from the UN Security Council to destroy Libya. But at the moment, the Russians do not want to be cheated anymore, and Putin does not seem to want to come up short.”

This Iranian analyst went on to say that in general, it seems the two sides are trying to have the situation under control. He said Putin speaks in a soft tone and Trump is constantly changing his mind saying, for example, he is waiting for the Pentagon’s decision.

“In addition to domestic issues, Trump has concerns about the US forces in eastern Syria; i.e. the bases on the border between Syria and Iraq which are believed to be home to 2 to 3 thousand troops. The United States does not do anything to put these forces in danger; it does not matter whether this danger is from the resistance forces, Iran or Russia.”

Tajik also talked about Iran’s policy in the current situation in Syria saying, up to now, Tehran’s policy has been reasonable.

“This is a Syrian issue; we should not get too much involved with the United States.”

About the possibility of Iran’s engagement in a possible war, he said, in recent days, developments especially the aerial ones, have occurred around Al-Tanf and it is even said that if the Americans want to carry out a large-scale operation, they will likely take their troops out of this area.

However, he added, in general, they do not seem to do such a thing, and the situation will not get so complicated that Iran intervenes.

“Meanwhile, Iran has enough political and operational tools, both inside and outside the region, that all of which are taken into consideration by the US officials, especially the military officials,” concluded Tajik.