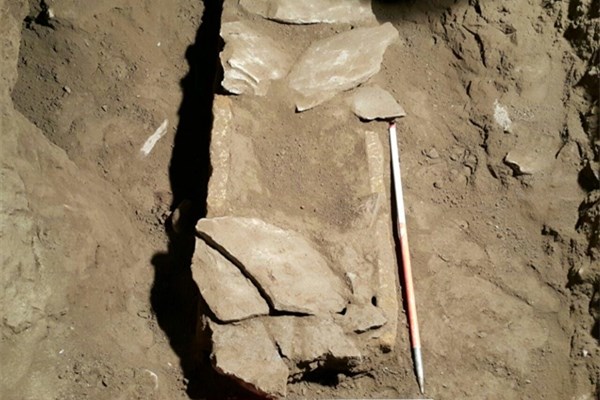 Iranian archeologists have started investigating two ancient skeletons of a man and a woman recently discovered in the central province of Hamadan.

The deputy head of Hamadan Cultural Heritage, Handicrafts, and Tourism Department, Ahmad Torabi, said a scientific investigation has already begun into the two skeletons discovered in Jarrahan alley in the city of Hamadan.

“The skeletons were discovered while municipality workers were working on a project to renew water networks. During the digging process, they found two stone boxes similar to coffins,” he was quoted as saying on Monday by Miras-e Arya news agency.

He went on saying the archeologists were immediately dispatched to the area and began their probe into the boxes which were buried in parallel with each other about three metres deep in the earth.

“It’s too difficult to estimate the age of the coffins. But we have made all the required arrangements to provide the archeologists with a good time and space in Jarrahan alley to investigate the issue,” he said.

“According to initial estimations, one of the coffins has a length of 2 metres, a width of 80 centimetres, and a height of 50 centimetres,” Torbi noted.

The skeletons belong to a man and a woman. The archeologists have taken the skeletons to a laboratory for further investigations. Earlier studies on the skeletons had revealed that they belong to the Parthian era, over 2000 years ago.

During the Parthian era, Iranians used to pay serious attention to family burial and paid significant respects to women.