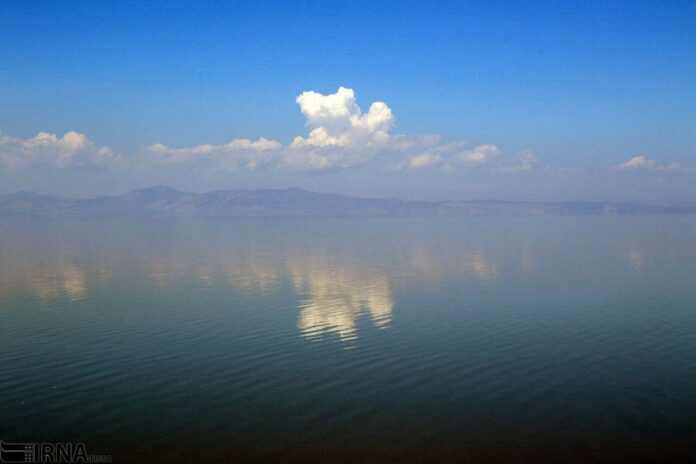 7,000 farmers in four different villages of East Azarbaijan province have taken part in a project of revitalising Lake Urmia, where they are made familiar with the principles of sustainable agriculture.

The project, which has been running since January in cooperation with the Government of Japan, the Bureau of Wetlands Conservation, Department of Environment and the Agricultural Jihad Organisation, has organised a total of 500 training courses for farmers, with 1,320 participating in the courses.

This year, these courses have been held with the participation of 116 farmers in the villages of the lake’s basin. At the sixth stage of the project, a memorandum of understanding is signed and planning is underway for its implementation.

Officials say the project has been implemented in 45 villages and 45 sites in two phases, while the third phase starts in October this year at 50 sites and 35 learning centres in the province.

In this project, farmers and gardeners learn how to change farming methods from traditional to modern and knowledge-based ones.

They are also introduced to the latest scientific techniques of agriculture, farming methods and learn how to apply organic manures instead of chemical fertilisers, and reduce the use of pesticides. The farmers also learn how to use modern irrigation methods instead of traditional techniques.

Lake Urmia is set to reach its optimal ecological level within five years as part of its resuscitation plans. The lake began to dry out in the early 2000s, and according to international statistics, by the year 2015, about 80 percent of it dried up.

All domestic and foreign experts believe the involvement of local communities along with the implementation of various projects has an important role to play in revitalising the lake.

According to the latest surveys, Lake Urmia’s balance has reached 1271.32 metres, which is 104 centimetres higher than the same period last year.

Due to the good downpours of last year, about 4.2 billion cubic metres of water entered Lake Urmia, and the lake is in a good condition now.

The lake is a major barrier between Urmia and Tabriz, two of the most important cities in the provinces of West Azerbaijan and East Azerbaijan.

A project to build a highway across the lake was initiated in the 1970s but was abandoned after the Iranian Revolution, leaving 15 km with an unbridged gap. The project was completed in November 2008. Experts had warned that the construction of the causeway and bridge, together with a series of ecological factors, will eventually lead to the drying up of the lake, turning it into a salt marsh, which will adversely affect the climate of the region.