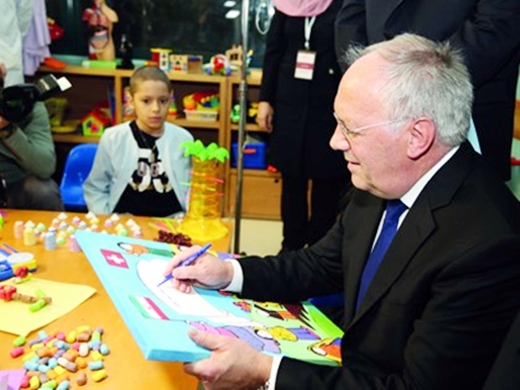 Within minutes, I witnessed how capable Mahak is at helping children deal with cancer. That an NGO should be in charge of such an important issue is self-explanatory. It is easy to see that there is a humanitarian culture in Iran, and it is not just financially manifested.

“I believe in Iran’s social capacity after my visit.”

The President of the Swiss Confederation visited the charity Mahakon the evening of Saturday 27th February. During this visit, Johann Schneider-Ammann and his delegation witnessed the supportive treatment and research of this charitable centre, which is the result of 25 years of trust and companionship between Iranians and child cancer sufferers.

This meeting took place with the attendance of the following: the Secretary of the Ministry of Industry and Business, the Swiss ambassador, high-level political, economic and scientific delegates, and members of the Iran-Switzerland Chamber of Commerce (who also supported the event). Johann Schneider-Ammann gave his only press conference during his Iranian trip in Mahak, as an honoured member of the Iran-Switzerland Chamber of Commerce, in the presence of Swiss media. 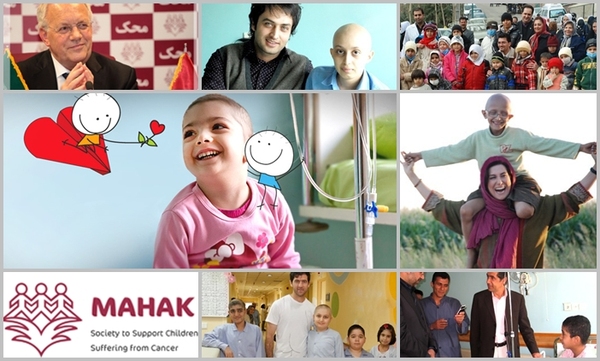 Sharif Nezam Mafi, the head of the Chamber of Commerce, said, “Mahak showed the humanitarian face of Iran.”

He emphasized that Mahak charitable institute is an honorary member of the Iran-Switzerland Chamber of Commerce, and went on to admire the attention that Mahak pays to the concept of social responsibility, and the link they create between the areas of charity and economic activity. He said, “Mahak is an NGO which has grown over the past years in order to achieve its goal of stopping children who suffer from cancer from passing away due to poverty, in spite of the sanctions.”

Responding to queries about the choice of Mahak as a venue for the Swiss President, he replied, “By choosing this NGO, we tried to display the humanitarian side of Iran alongside its economy and politics.”

The head of the Chamber of Commerce concluded by saying, “We hope to facilitate competitive business through our activities with Switzerland, creating a bridge linking both cultures.”

Javad Karbasizadeh, the head of Mahak’s board of directors, welcomed the Swiss President and his delegation.

Mahak Chairman: “The Necessity of Expanding Political, Social, Economic and Scientific Dimensions for Sustainable Development in the Post-Sanctions Era.”

Arasb Ahmadian, Mahak’s Chairman, presented an introduction and a brief report about the NGO’s 25 years of activity. He pointed out that the country is now entering a new season of political, economic and scientific international relations, saying, “NGOs, as actors in civil society, can share another dimension of our country with the world through demonstrating our great social capacity. This is a necessary point for sustainable development, as they work in parallel with the political, economic and scientific sectors, which will be shown to the visitors by the government and the private sector.” 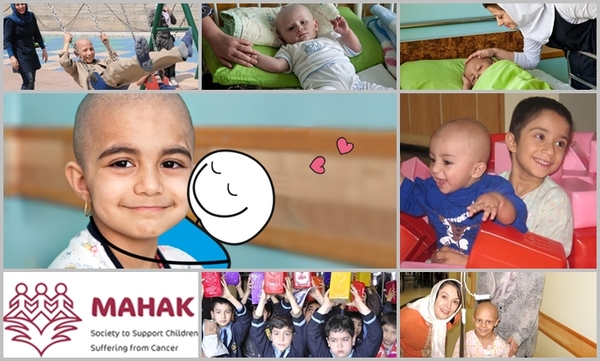 At the end of the event, the President said, “Prosperous social capacity is the only way to describe Mahak. Within minutes, I witnessed how capable Mahak is at helping children deal with cancer. That an NGO should be in charge of such an important issue is self-explanatory. It is easy to see that there is a humanitarian culture in Iran, and it is not just financially manifested.”

He showed his appreciation and respect for Iranian social capability, continuing, “I didn’t imagine that such an experience awaited me. I believe that Iran is moving forwards, and from experience, I can tell that Iran has a high potential for development.”

The Swiss President thanked the Chamber of Commerce members, and the Mahak board of directors. He pointed out that Mahak’s valuable international awards and achievements demonstrate their professionalism. He said, “Mahak is an astonishing organization. I have been moved by their vast professional accomplishments in working with children with cancer.”

He added, “I was impressed when I saw a smiling child, giving us hope to support him in his battle with cancer. I thank you for creating such a humane atmosphere, with innovations in support services. Mahak has expanded its activities in spite of the sanctions. We hope that, after the implementation of the JCPOA, Iran and Switzerland’s relations improve in all aspects.”

After listening to the Mahak Chairman’s report about their international collaborations, the President praised the humanitarian activities of the organization.

At the conclusion of the visit, the President was presented with a painting done by some of Mahak’s children, in the presence of Saeideh Qods, the founder, Dr. Mohammad Rafaei, a member of the board of trustees and directors, and Mohammadreza Fayaz, the secretary of provincial resource development management from the Ministry of Industry and Business.

The visit of the President and his delegation coincided with the result of an international NGO benchmark assessment (carried out by a world-class Swiss inspection company), in which Mahak placed 4th out of 299 NGOs worldwide. It is worth mentioning that this institute was ranked 10th out of 263 NGOs in its previous assessment. 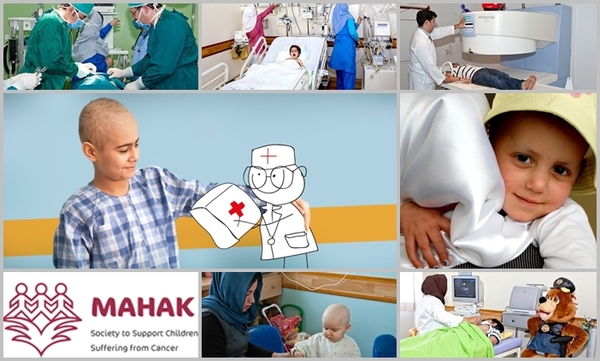