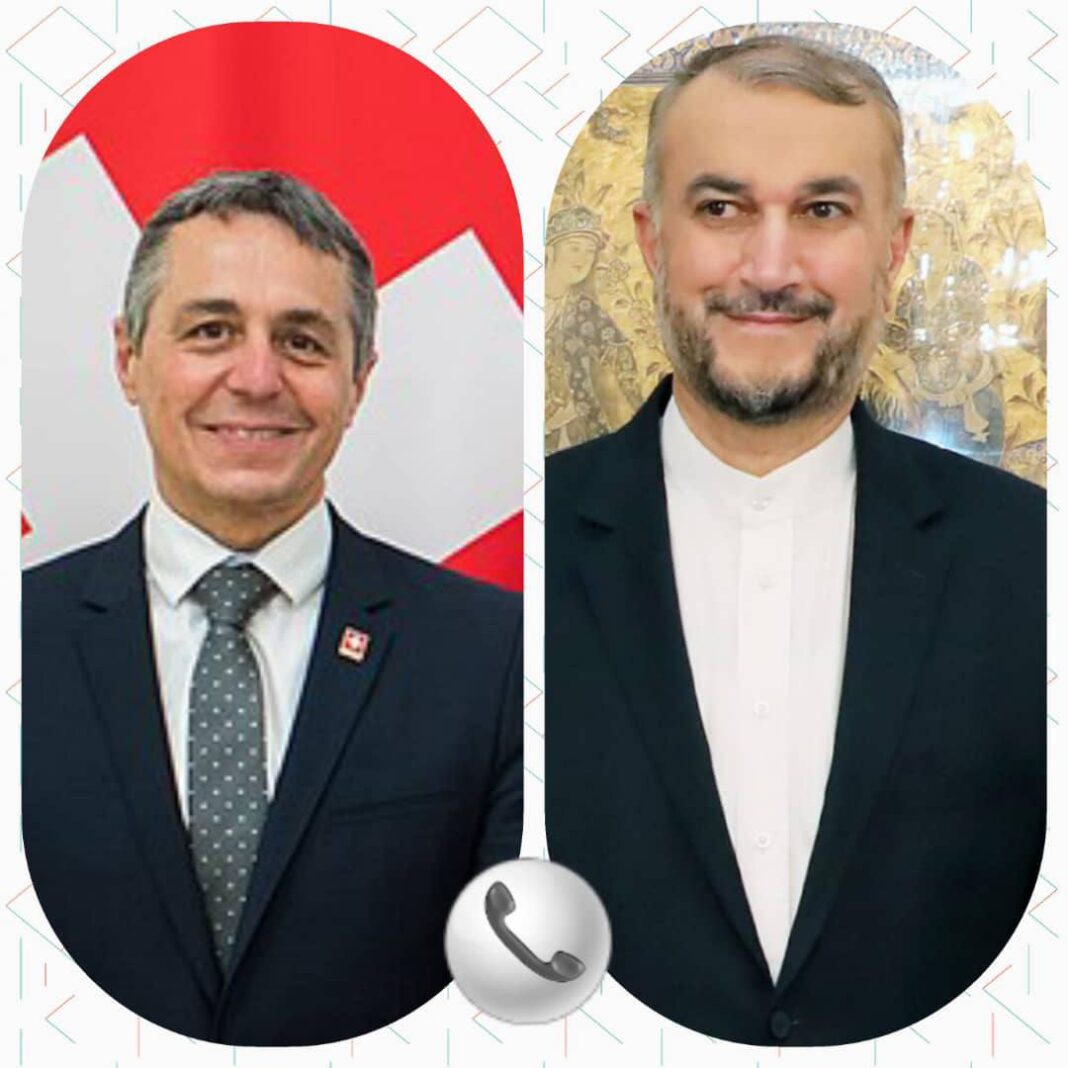 The Iranian foreign minister has lashed out at the US regarding Iran nuclear deal saying Washington’s contradictory behavior is one of the main obstacles in negotiations.

Hossein Amir Abdollahian in a phone call with his Swiss counterpart Ignazio Cassis said the United States claims it is interested in returning to the Iran nuclear deal, JCPOA, on the one hand, and that it has imposed sanctions on Iranian individuals and companies in two stages over the past few weeks on the other hand.

Amir Abdollahian noted that talks to lift sanctions against Iran will begin next week in Vienna and stressed that Tehran is ready and serious to reach a good and immediate agreement.

He however noted that the Islamic Republic does not trust the US behavior.

He also pointed out that the Islamic Republic of Iran judges the United States on the basis of its behavior.

Iran’s foreign minister also referred to Switzerland’s important position in Europe. He noted that bilateral relations between the two countries are on the right track, and that the recent visit by the Swiss parliament speaker to Tehran was a turning point in parliamentary relations between Tehran and Bern.

Amir Abdollahian also spoke of the efforts to solve some problems in expanding the activities of Swiss companies in Iran and stressed the need to expand relations between the two countries in various fields, including science, education, agriculture, transportation, health and banking.

The top Swiss diplomat also referred to his visit to Iran on the 100th anniversary of relations between the two countries, describing Iran as a historical and very attractive country.

Referring to the importance of the Tehran-Bern relations, Cassis explained the state of the two countries’ trade channel.

They also reviewed the situation in Afghanistan. Amir Abdollahian said that Iran encourages the current ruling body of Afghanistan to form an inclusive government.

He expressed concern over the humanitarian situation in the country on the eve of the winter.

The Iranian foreign minister also referred to the critical situation in Yemen and said Iran supports any effort to lift the siege of the country and end the war.