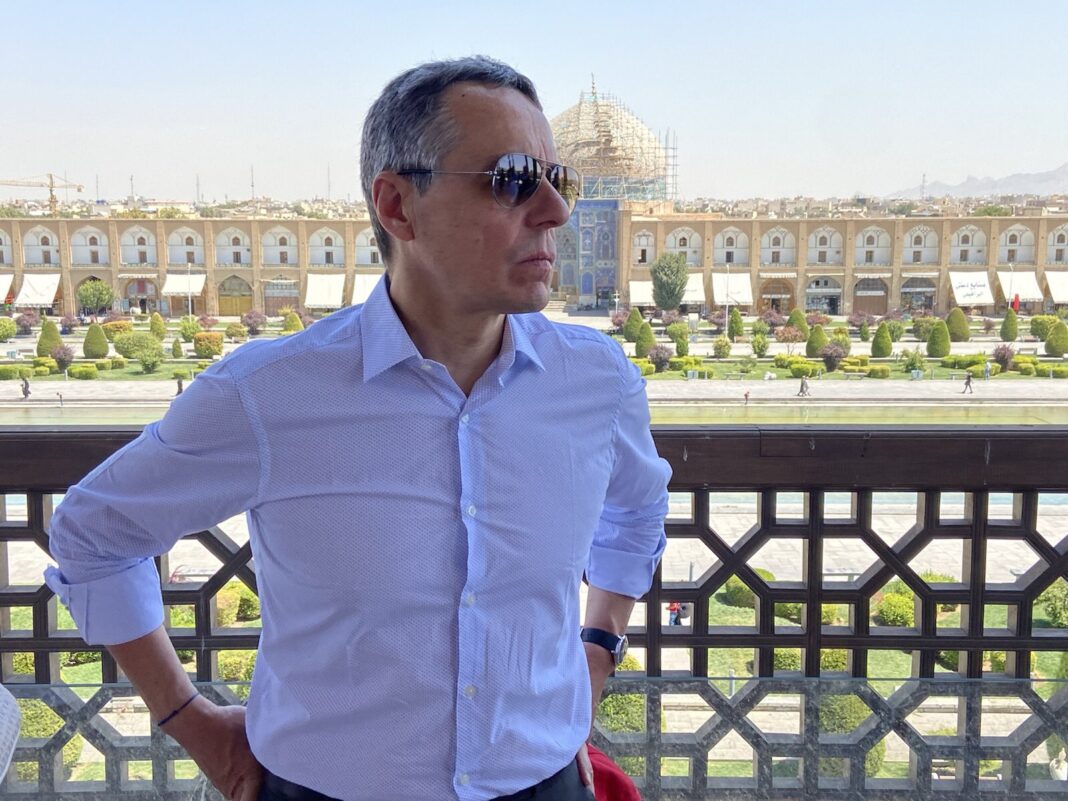 Ignazio Cassis, the head of Switzerland's Federal Department of Foreign Affairs (FDFA), is touring the historical attractions of the central city of Isfahan as he arrives in Iran for an official visit.

During his day-long trip to the historical city, the top Swiss diplomat visited its ancient monuments and cultural sites as well as other tourist attractions and the local handicrafts industry.

The Swiss top diplomat is also scheduled to visit the Vank Church in Isfahan and meet Bishop Sepian Kashchian, the religious leader of Christians in Isfahan and southern Iran.
He is also slated to meet Isfahan Governor Abbas Rezaei. 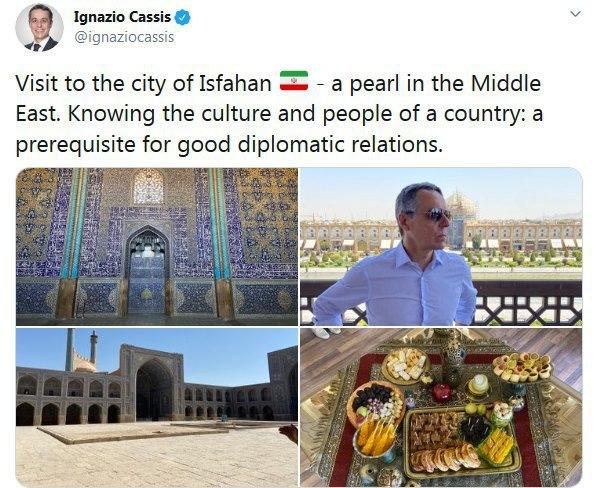 Cassias and his accompanying delegation also meet a host of professors of the Isfahan University of Technology (IUT) to exchange views on the promotion of scientific, cultural and technological cooperation between the two countries.

The Isfahan University of Technology is in charge of coordinating Iran’s scientific cooperation with Switzerland. After a trip to Iran by the Swiss minister of science in 2018, it was decided that Iranian and Swiss researchers present joint projects. The IUT is currently working with Swiss universities in different fields.

After visiting Isfahan, the Swiss diplomat will travel to Tehran for high-level talks with Iran’s president, foreign minister, and Parliament speaker, among others.