Seventh Edition of STEP Symposium Kicks Off in Tehran 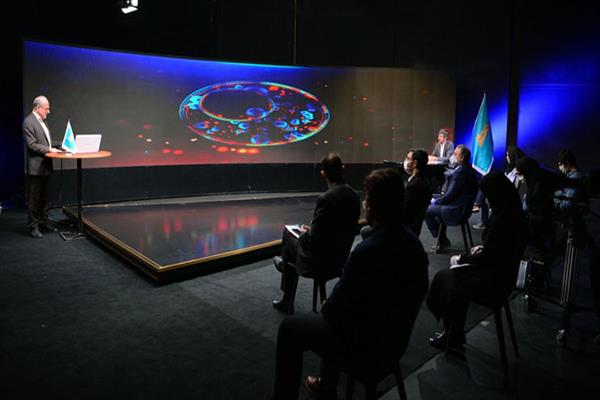 The seventh symposium of the Science and Technology Experience Exchange Program in Muslim countries known as STEP has kicked off in Tehran.

The STEP Symposium, which is held annually in one of the Muslim countries, offers a wide range of joint cooperative research opportunities and creates a platform for in-depth discussions and exchanges of strategic experience to the countries of the Organization of Islamic Cooperation (OIC) in the field of science and technology.

On the first day of the STEP symposium, called Exchange of Experiences and Observations of the Therapeutic Staff in Muslim Countries, a series of lectures were held by a number of researchers and physicians, focusing on the COVID-19 epidemic.

At the beginning of the scientific conference, the speakers shared their views on the outbreak of the coronavirus.

Rasoul Dinavernd, the Chairman of the Seventh STEP Meeting and a member of the Board of Directors of the Mustafa Foundation talked about the initiative, saying that 12 speeches by researchers from different countries such as China, Pakistan, Iraq, Azerbaijan Republic and Bangladesh are presented on the first day.

Then, Abdolmajid Cheraghali, the head of the Faculty of Pharmacy at Baqiyatallah University of Medical Sciences, gave a presentation on the treatment of the corona patients using the plasma of the recovered people.

He said the virus has created a global challenge for people and confused the medical staff due to the lack of a specific drug to treat it. All the scientists did their best to find the finest treatment, and one of them was using the plasma of the recovered patients.

“This method is not a new one and has been used in the treatment of other diseases, especially the Spanish influenza outbreak in the twentieth century and the H1N1, MERS and SARS epidemic.”

“Antibodies in plasma are injected into sick people and can treat the patient, especially in the early stages of the infection,” he added.

He further noted the plasma of the recovered individuals is very helpful because it takes a long time to produce a drug or a vaccine for emerging diseases.

“We have the plasma of the recovered people at hand, and we can use it quickly to treat patients; therefore, it is very cost-effective,” he said.

At this edition of STEP symposium, Iranian experts and university professors along with scientists from India, Turkey, Japan, China, Indonesia, Malaysia and Azerbaijan Republic share their experiences in treating COVID-19.

So far, various centres in the Muslim world, including Iranian universities, Universiti Putra Malaysia, Sultan Qaboos University of Oman, and Karachi University have hosted this symposium.

With the aim of increasing the efficiency and effectiveness of academic centres and encouraging researchers to focus on patenting, through the enhancement of cooperation between the scientists and scholars of the Muslim world, the Mustafa Science and Technology Foundation launched STEP Program in 2015 as part of its scientific activities.