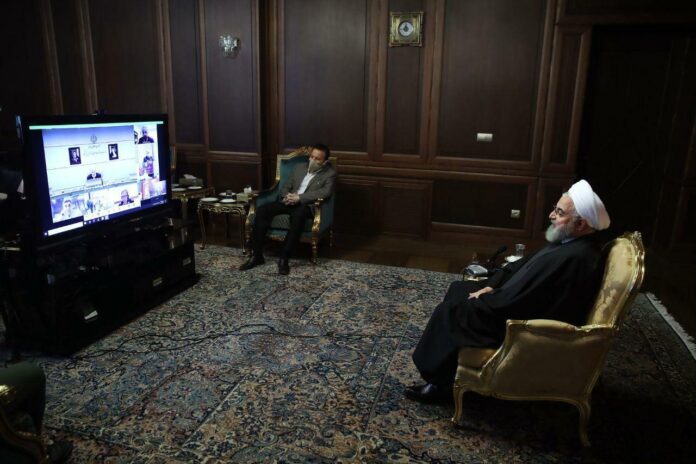 Iran’s President Hassan Rouhani has praised a decree by Leader of the Islamic Revolution Ayatollah Seyyed Ali Khamenei urging the Armed Forces to form a Health base.

Rouhani said on Saturday since the launch of the National Headquarters to confront the Coronavirus, Chief of the General Staff of Iranian Armed Forces, the Chief of Islamic Revolution Guard Corps, as well as the army and law enforcement bodies have attended the meetings.

Rouhani said by activating the joint headquarters under the command of the leader, all the abilities of the armed forces would be improved.

He made the comments during the meeting of National Headquarters to Fight against Corona which was held via video conference on Saturday.

At the meeting, the minister of health and other staff presented reports on measures taken to combat the spread of the coronavirus, and new proposals were submitted for approval.

Meanwhile, Alireza Raisi, Deputy Minister of Health presented a report on the health ministry’s plan to collect information opresin the situation of households across the country. He said all the patients across the country are sent to health centres for treatment through this plan.

After listening to the report, Rouhani thanked the doctors, nurses and medical staff who are shouldering a heavy burden today.

At the end he expressed hope that God may grant immediate health to all patients.