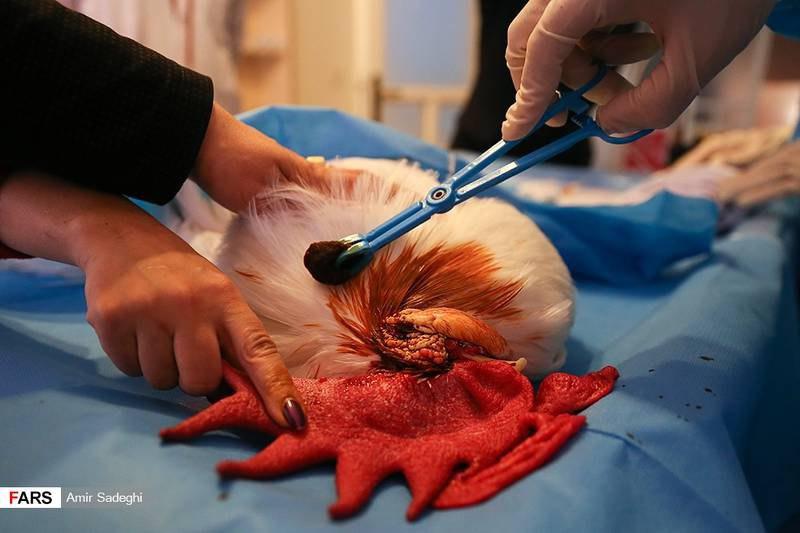 A rooster in the northwestern Iranian city of Tabriz has undergone cataract surgery which is the first of its kind in the world.

The surgery was performed by Behnam Ghaffarzadeh, a surgeon and eye examiner, on a five-year-old cock.

“The operation was carried out on the animal’s left eye, and I also examined its other eye to see when the surgery on the next must be performed,” said Ghaffarzadeh in Farsi interview with Fars News Agency.

This specialist also mentioned he had already performed a similar surgery on a 9-year-old duckling in his office.

“Given the fact that pupils of birds are not like human, cats and dogs, this surgery is much more difficult and it is even possible that they lose their pupil. However, the operation was successfully completed without any problem.”

According to Shokoufeh Khalili, the rooster’s owner, it had lost its eyesight about one and a half years ago as a result of cataract.

She said that she did a lot of search, but no expert in Iran and even in the world had performed such a surgery, and all the surgeries were on dogs and cats.

“However, I learned about Dr Ghaffarzadeh’s surgery on a duckling through the Internet and took my pet to Tabriz to be cured,” said Khalili.

A cataract is a clouding of the lens in the eye which leads to a decrease in vision. Cataracts often develop slowly and can affect one or both eyes.