“Riyadh Knows Should Adapt Itself to Regional Developments” 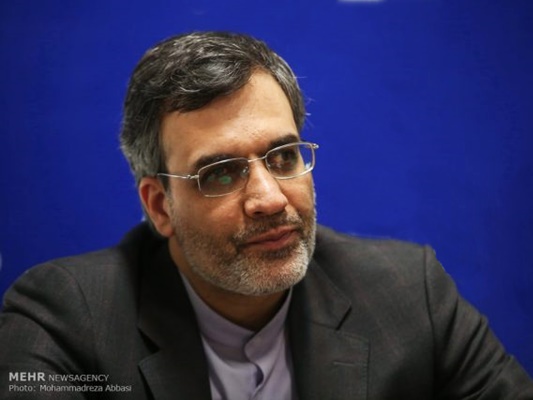 A senior Iranian official says Saudi Arabia has realised that it should get acclimated to regional developments.

In an interview with the Etemad daily newapaper, Iran’s Deputy Foreign Minister for Arab and African Affairs Hossein Jaberi Ansari offered his take on the situation in the region and Saudi Arabia’s role in regional developments.

Here are excerpts from his remarks in the Farsi interview.

Saudi Arabia did not favour the situation that emerged in Iraq following the overthrow of the former Iraqi regime back in 2003 and the beginning of new arrangements as well as the formation of a completely different system in the country. Riyadh used all means and resources available in its foreign policy arena to destabilise the new situation in Iraq. However, the recent visit to Baghdad by the Saudi foreign minister is a clear indication that Riyadh has recognized the new situation in Iraq. Of course, there are other dimensions to that visit as well.

Riyadh Adapting Itself to Regional Developments

The trip does not necessarily mean that Saudi Arabia has changed its policy on Iraq; rather, it means Saudi Arabia is getting itself acclimated to regional developments. The whole raft of regional developments together with political achievements in Iraq and Syria have brought about a new situation for the governments of both countries as well as their regional allies. Changes which have taken place following the election of Donald Trump as US president and developments in other countries such as Yemen have led Saudi Arabia to understand that it cannot continue with its previous mandate and needs to align itself with the developments in the Middle East. Riyadh has realised that it should pursue its interests and policies within new frameworks.

There are two pessimistic and optimistic viewpoints in this regard. The sceptical view holds that Saudi Arabia is following the same old policies with a new face and, by engaging with Iraq at high levels of government, seeks to achieve a balance of power with Iran. Balance of power in the region has been tipped in favour of Iran dramatically over the past few years. In fact, Riyadh’s policy is to build closer interaction with Iraq in a bid to separate Baghdad and Tehran. The optimistic view suggests that Saudi authorities have, based on the regional and international trends, arrived at the conclusion that they cannot continue with their old policies. They have realised that they should make some changes to their approach, and that they can do this through Iraq.

Both Strategies on Saudi Agenda

The realistic view would be a combination of the two abovementioned viewpoints. We can say Saudi Arabia has put an amalgamation of these two viewpoints on its agenda. Pursuing this approach will have one of the following results for Riyadh: Either Iraq will become a channel through which to ameliorate ties with Iran, which will be an accomplishment for Saudi Arabia, or Riyadh will, by building closer interaction with Iraq, reinforce its instruments of power to square off against Iran if there is no chance of reaching an agreement. Either way, Saudi Arabia will have a new experience.

Will Iraq Distance Itself from Iran?

If we look at the trend of developments as well as the political, social and structural realities associated with Iraq coupled with regional developments, we can see the theory of separating Baghdad from Tehran is an unachievable goal. Iraq, for its part, prefers reduced levels of confrontation and conflict outside its borders between regional players or regional and international players. If Saudi Arabia has just put a new face on its past policies vis-à-vis Iraq and merely seeks to achieve its previous objectives, it should know that this approach is doomed to fail. The realities in the region, including Iran’s influence, as well the new situation in Iraq plus its structural, political and social realities are all an inevitable fact and show the Al Saud rulers cannot continue their previous policies.

What has caused differences within the Saudi government to go unnoticed is the Yemen war, not to mention Saudi Arabia’s political structure. When a country directly gets engaged in a war, it will cover up many of the existing differences.  Maybe one of the unfortunate developments for Yemeni people, who are paying the highest price for the lingering war, is that Saudi Arabia needs to perpetuate the war in order to use it as a smokescreen for its internal conflicts and rows. If the war continues, it will be possible to keep a lid on internecine divisions and conflicts within the Saudi government.

In Saudi Arabia, we are witnessing a kind of battle between Mohammad bin Salman and Muhammad bin Nayef. They have differences of opinion on domestic and regional issues. But it is Mohammad bin Salman’s stances that have set the base for Riyadh’s official policy over the past few years. He has been the number-one player in the Saudi political arena since King Abdullah’s death. He does not accept the changes which have taken place in the region. Bin Salman is trying to reverse the course of developments and equations and turn them back to the situation a decade ago, and even resorts to direct war to make it happen.

Riyadh’s policy is one of not accepting new developments and trying to revive past equations and relations. That is why Riyadh calls itself the key guardian of the past situation in the Arab world. The only exception to Saudi Arabia’s general policy in the Arab world is the issue of Syria. Over the past few decades, Syria has been trying to play a role amid different fronts and ensure its interests. So, after the victory of Iran’s 1979 Islamic Revolution, Syria never got on board with other Arab states to confront Iran. Syria tried not to get itself into a situation in which it had to make a choice. But whenever it had to make a choice at some point, it would choose Iran.