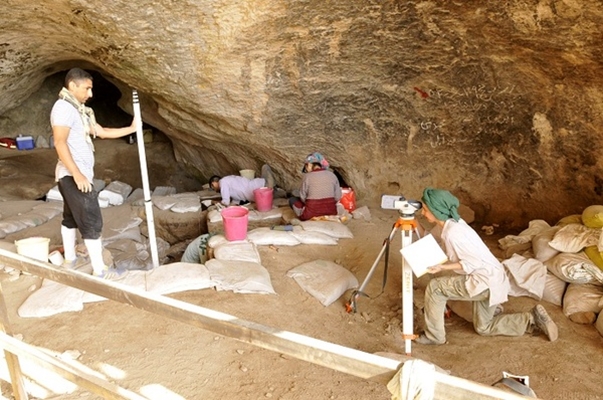 An Iranian team of archaeologists has discovered remains of Neanderthal horses which date back to 45,000 years ago.

The head of team said the second phase of excavations is underway in Qaleh Kord Cave of Avaj, Qazvin province; where the team found the remains of neanderthal horses.

Hamed Vahdati Nasab told IRNA that the first stage of excavations was carried out last year. An Iranian-French archaeology team is working on the second phase in the form of a joint mission; which is to continue until the end of July.

According to him, Qaleh Kord Cave of Avaj is one of the highest caves in Iran, and is about 2,100 metres above the sea level.

The cave has turned into a tourist attraction during past few years; so numerous unauthorized excavations took place there.

“The cave is very long, however the archaeologists have focused on its entrance; which is very rich in terms of cultural remnants. Most activities in the Paleolithic period took place there. We have found several thousand heads of arrows and animal remains from teeth to bones and horse skulls.”

Pointing out that the main hunt of Neanderthal people was wild horse, he said based on his studies, several different remains of such horses have been found in this cave.

The general size of these horses is about one and a half times larger than today’s ones, he added.

During the first phase of joint Iran-France archeological exploration in Qaleh Kord Cave of Avaj in Qazvin Province, over 6,000 cultural works from two boreholes were discovered.