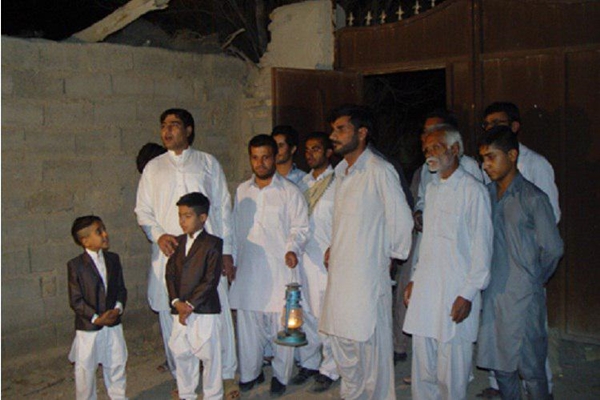 Sistan and Baluchestan province in south-eastern Iran annually turns into the scene of several theatrical rituals during the holy month of Ramadan, some of which date back to 13 centuries ago.

One of these ancient rituals is Ramadan Khani (Reading Out Ramadan), or as locals call it Ramezoonikeh, which dates back to over a thousand years ago.

Ramezoonikeh ritual begins on the first day of the holy month and is held regularly for 21 consecutive nights till Ramadan 21st which marks the martyrdom anniversary of Imam Ali, the first Shiite Imam.

During the ritual, which begins after the sunset and lasts till the midnight, a group of teenagers and youths led by the elders of their neighbourhood begin to read out poems praising Imam Ali as well as the glories of the holy month.

Arak Barak is another Ramadan ritual practiced in Sistan and Baluchestan, which is among the most ancient regions and one of the hubs of the country’s civilizational history.

The ritual’s name means “Bringing and Taking” in the local language of the people. Fortunately, the ancient ritual has been kept alive in most villages and towns of the province.

Most of the foods served during the ritual are simple local dishes like Rice Pudding and Shole Zard. The ritual begins before the sunset. People from all walks life bring affordable foods to the grand mosque of their neighborhood and share them with each other during Iftar to break their fast.