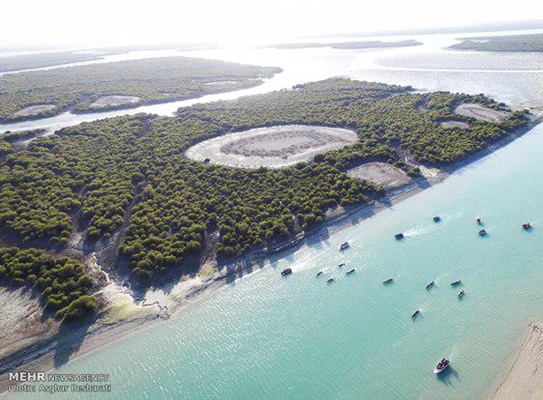 In a meeting held in September 2016, the Global Geoparks Council of the United Nations’ Educational, Cultural, and Scientific Organization (UNESCO) had decided to designate Qeshm Island Geopark as a UNESCO Global Geopark for a four-year period.

The decision was endorsed during the 201st session of the UNESCO Executive Board on Friday, May 5, and Qeshm Island Geopark officially became global.

The designation will start from May 5, 2017, and will be valid until May 4, 2021, according to a statement by the Division of Ecological and Earth Sciences of the UNESCO Global Geoparks.

Geoparks have significant scientific and geological value, apart from being a natural and cultural heritage. The Global Geopark Network, established by UNESCO, not only registers such parks but also pursues three other objectives: Geopark protection, spreading awareness and setting standards for green tourism. 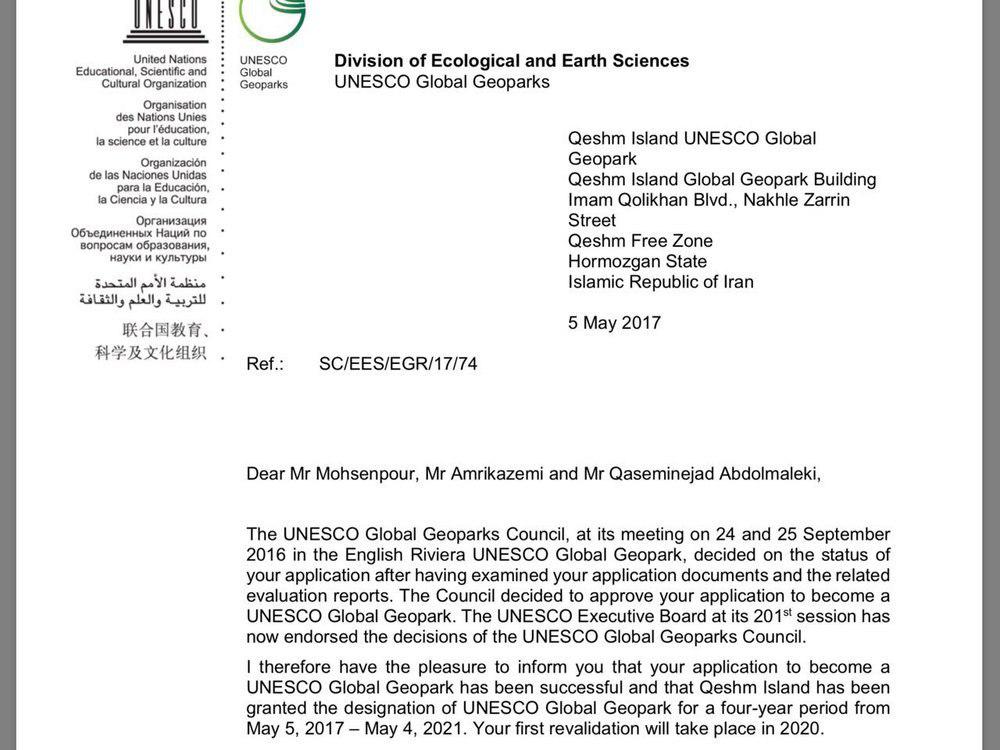 To comply with UNESCO standards, a geopark must have appropriate infrastructure and adequate accommodation for tourists, in line with environmental standards while protecting the natural landscape.

Geopark is a territory encompassing one or more sites of scientific importance, not only for geological reasons but also by virtue of its archeological, ecological or cultural value.

Geopark literally means ‘Geological Park’ and semantically, is a vast area the boundaries of which are clearly specified and surrounds several remarkable geological phenomena (geological heritage) this area should be able to play an important role in economic development of the peripheral communities.

Qeshm Island Geopark sprawls over an area of 32,000 hectares on the western side of the island.

Qeshm Island is one of Iran’s seven free zones and a top holiday destination. Apart from the sandy beaches, the island’s famed mangrove forests in the Hara Protected Area draw numerous Iranian and foreign tourists.