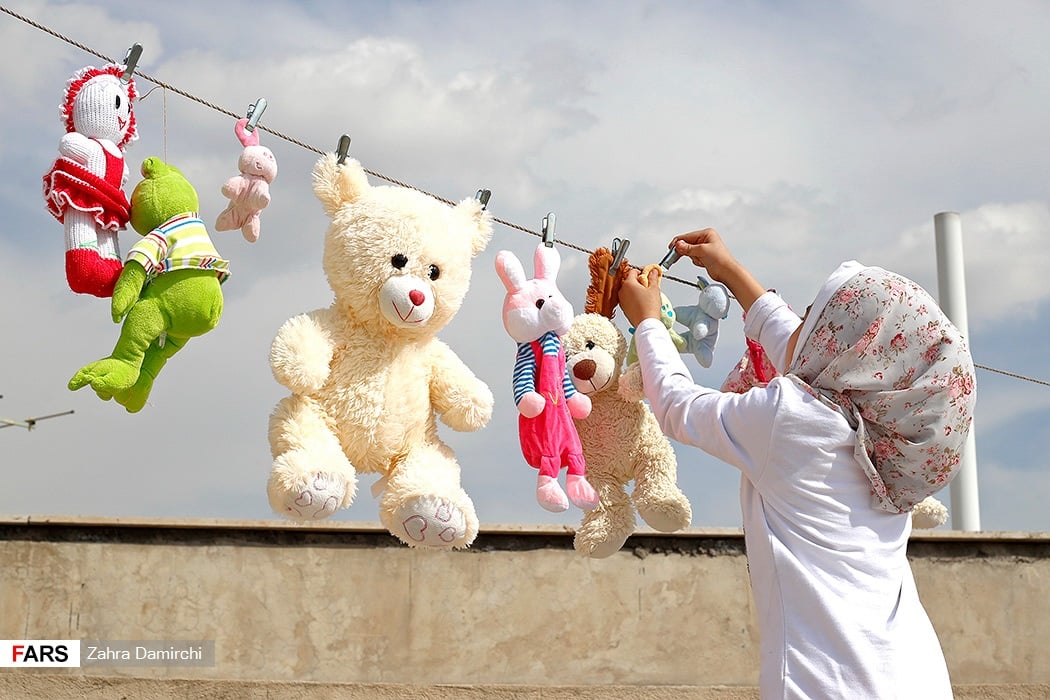 Spring has almost arrived, and Iranians are preparing themselves for and counting down to the Persian New Year, when they will celebrate the traditional Nowruz festival.

Nowruz, one of the world’s oldest festivals dating back to ancient Persia, features numerous celebrations and festivities some of which have taken on a more modern shape and some have slipped into oblivion.

A number of practices and traditions associated with Nowruz are observed before the festival actually begins, as reported by the Persian-language website karnaval.ir.

As March begins, Iranian ladies start to get obsessed with the thought of washing, cleaning, buying new furniture, having devices repaired, getting carpets washed, and washing clothes in order to cleanse dirty things. Traditionally, it is ladies that plan how spring cleaning should be done, but no one can wriggle out of the cleaning work as all family members should help to get the job done. In Ancient Persia, people believed that no contamination should remain on the body and spirit of the house from the previous year, and that they should ring in the New Year in a clean atmosphere for family members.

As of early or mid-March, the hubbub of busy streets filled with shoppers and street vendors becomes the order of the day. Based on their financial situation, everybody tries to buy a new piece of clothing as well as confectionary, nuts and fruit for visitors to their homes during Nowruz holidays.

Haji Firooz is a well-known figure in the Iranian folklore culture who goes to towns and cities in the final days of the year and harbingers the arrival of Nowruz. Haji Firooz is a thin man wearing a cone-shaped hat, pointed espadrilles and a red garment. He holds a tambourine and begins dancing, singing and clowning around. Passers-by pay him as much tip as they can afford.

Apart from Haji Firooz, another folkloric figure hits the streets, heralding the arrival of the New Year. He is called Uncle Nowruz or Daddy Nowruz. The traditional figure has a white beard and hair, a felt hat, a blue-coloured silk belt, a white shawl, cotton trousers and flat-soled espadrilles.

Sprouts are the oldest and most obvious item of the so-called Haft-Seen table that Iranians set for Nowruz. In Ancient Persia, when 25 five days were left before the turn of the year, they would build 12 mud-brick columns at the town’s square symbolising the 12 months of the year. They would grow the seeds of barely, wheat, broad beans, beans, peas, sesame seeds, lentils, mung beans, etc. on each one of the columns. Six days into the Persian New Year (late March), people would pick the sprouts and hold celebrations.

Today, gone are those columns; still, many are observing the tradition and grow sprouts of wheat, lentils, mung beans, etc. in big and small containers at home to put them on the Haft-Seen table.

Samanu is one of the tasty items on the Haft-Seen table. The ritual of cooking samanu is observed in many parts of Iran. Family members and friends get together and cook samanu while singing special songs. The ceremony sometimes features local dance.

Wheat sprouts and flour are the main ingredients of samanu, which is not only a symbolic item on the Haft-Seen table, but is good for health as well.

The Haft-Seen table is the most important symbol of Nowruz. Families set the Haft-Seen table in their homes. The table contains seven items beginning with the Persian /s/ sound, including apples, sprouts, Russian olives, sumac, garlic, vinegar, and samanu.

In addition to these items, a volume of the holy Quran, a mirror, candles, coloured eggs, bread and vegetables, rosewater, flowers, coins, etc. are also put on the Haft-Seen table.

The last Tuesday night of the year is known as Chaharshanbe Suri which features different ceremonies. The main ritual is to set up bonfires and jump over them, which is held nationwide. Qashoq-Zani, an ancient predecessor of the trick-or-treating, is also among the main rituals of the day. People in towns and villages celebrate the event and there is joy and happiness everywhere.

One of the traditions of Nowruz is to go to the tombs of loved ones and pay tribute to them. The ceremony is more significant for people who lost a family member or friend recently or during the past year. Even some people take Haft-Seen items, including the sprouts, to the final resting place of their loved one to share their happiness with those who have departed this life.

Eating Sabzi Polo on the Night of New Year

Iranians usually have Sabzi polo (pilaf mixed with chopped vegetables or herbs) with fish as the last meal before the turn of the year. Before the New Year begins, one can smell the aroma of Sabzi polo and Kuku Sabzi (a cutlet-like food made with vegetables) along with fresh garlic and fish. In the past, well-off families would provide the needy with rice, oil, fish and eggs, so that they could make food and enjoy the occasion as well.

It is believed that eating sabzi polo on New Year’s Eve will make hearts lively and brings happiness and vivacity to people’s lives.