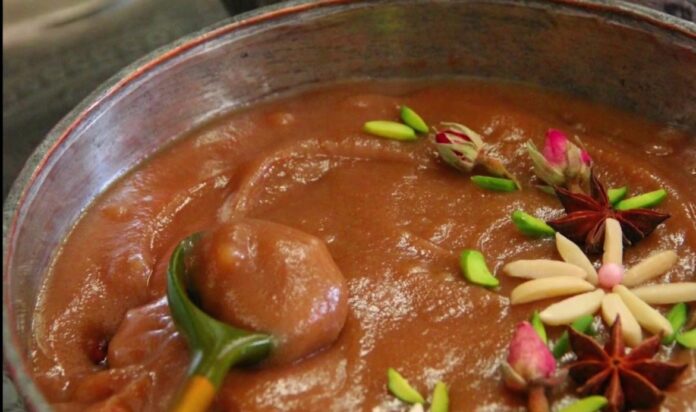 Iranian people serve traditional dishes such as Samanu on the initial days of Nowruz, the Persian New Year. 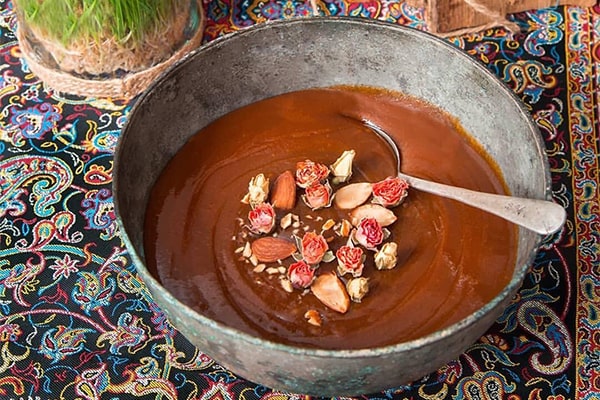 What follows is a brief historical background of Samanu and why it are served on the eve or first day of Nowruz as well as the recipe and instructions for cooking it:

Samanu is one of the items included in the traditional Iranian Haft-Seen (literally seven Ss), a table-top arrangement of seven symbolic items [the first letter of which is ‘S’] traditionally displayed at Nowruz. Samanu is sweet, delicious and nutritious, and very popular among Iranians.

The first documents or evidence concerning the making of Samanu, reportedly, date back to the Sassanid Empire (224-651 AD). These evidence and documents confirm that Samanu has always been a religious food and made for a specific ritual. A large number of the anthropologists who have studied the food item from a religious point of view maintain that the religious dimensions and aspects of the stages involved in making Samanu gained greater significance following the entry of Islam into Iran, particularly, during the Safavid dynasty (1501-1722).

The recipe of the comestible has been subject to a number of small changes. Most probably, the recipe used today has been handed down from Qajar era (1785 to 1925). Some 2,000 years have elapsed since Iranian first made Samanu, and the food has kept being served as the main dish in many Iranian religious as well as traditional ceremonies, such as Nowruz. Since the process of making Samanu is quite time-taking, many buy it ready-made. However, if enough patience is shown, the ancient food item can be prepared at home using a simple recipe. 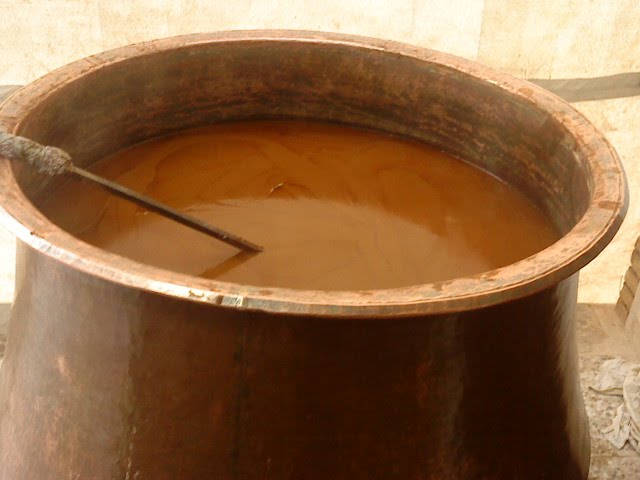 To prepare Samanu, primarily, the wheat sprouts’ sap is required to be extracted. After being winnowed, the wheat grain seeds should be poured in a bowl full of water to be soaked. 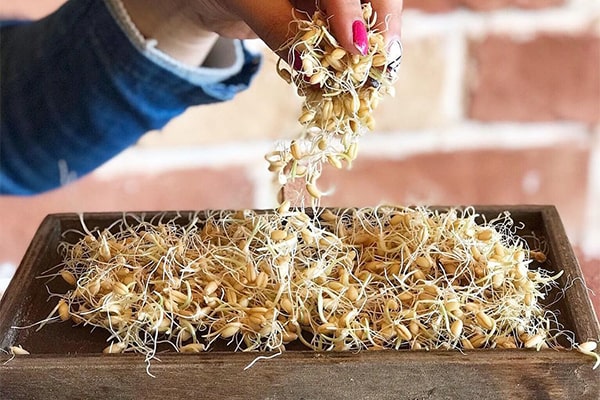 Normally, this will take up to three to four days. After being soaked, the grain seeds should be enfolded in a clean cloth to sprout in three days. During this period, grain seeds are required to be put in a dark and warm place. The cloth also needs to be wetted [preferably with cold water] for two or three times a day to speed up the process of sprouting. It takes approximately one week for grain seeds to become ready for sap extraction.

After sprouting, the grain seeds should be washed and, then, mashed for as long as they turn into paste. They can even be ground. The paste, then, should be sifted to extract its sap. To accelerate sap extraction, the paste can be well-mixed with some water before sifting. Then, the paste should be strained [through a sieve] until its sap is extracted. Great care should be taken to extract all the sap, as it is what sweetens Samanu.

Next, the flour should be poured in a stock pot and the sap must be added to it. Stirring is required to solve the flour in the sap and turn it into a thin liquid. Then the stock pot should be put on the stove and be heated until the fluid [in it] boils and gradually becomes thicker. While heating, the fluid is required to be stirred constantly, otherwise, it will stick to the bottom of the stock pot, burns and turns into Halva (a dense, sweet confection served across the Middle East and many other places).

When the water of Samanu was drained through evaporation, a little bit more heating will be required. Adding some cold water to it at this stage will make it thinner and look brighter. Following that, Samanu is required to be poured into a bowl and be heated in an oven, or on a gas stove, with a slow flame for 30 minutes until it is prepared. Samanu can be served in any desired dish or ornamented with chopped pistachios and almonds. 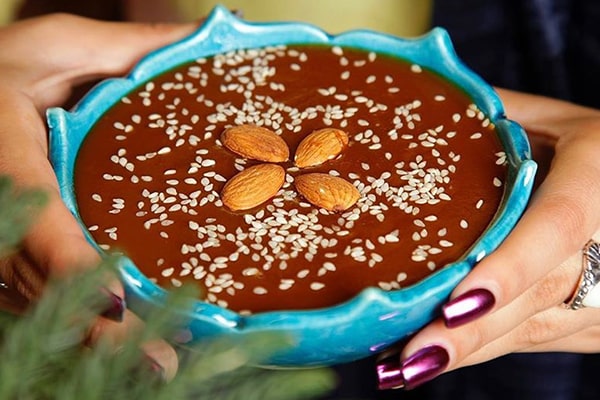