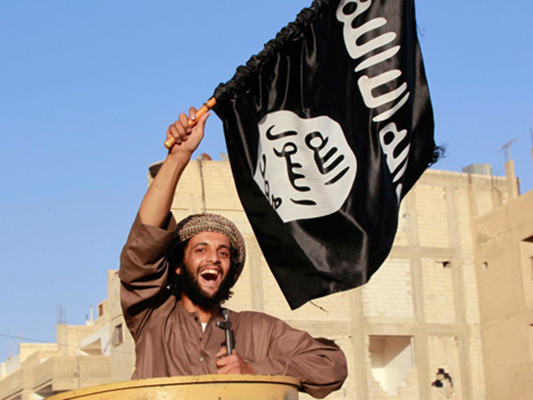 As the Iraqi army’s operation to retake the last stronghold of ISIS in Iraq is going on, many inside and outside of the war-torn country are preparing for a post-ISIS Iraq.

The Iranian Diplomacy news website recently held a panel in the capital Tehran to discuss the challenges and opportunities that a post-ISIS Iraq is going to face in the near future. The participating experts raised their hopes and concerns about the future of Iraq.

During the “Post-ISIS Iraq” panel, the participants warned that though the military branch of ISIS is drawing its last breaths in Iraq, the ideological ISIS remains alive hovering over the region.

Here is a review some of the key points raised by the experts during the panel. 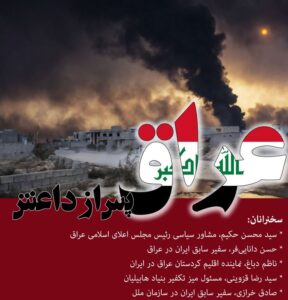 * ISIS is the third generation of al-Qaeda terrorist group in Iraq.

* ISIS has left no stone unturned to destabilize the whore region through violence and brutality. There are three key factors which foiled ISIS plot: The historical fatwa of top Iraqi Shiite Leader, Ayatollah Sistani, the tremendous support of the Islamic Republic of Iran, and the great uprising of the Iraqi nation against ISIS.

* ISIS will target our security in future. The group’s threats will change from military to security. To cope with the security threat of ISIS, we have to adopt certain security measures.

* So far, over two millions of displaced Iraqis have returned to their homes.

* In Ramadi, over 80 percent of the city has been razed to the ground. In Baiji, almost all homes have been demolished.

* ISIS seeks to manipulate Iraq’s public opinion. Now that the Iraqi army has managed to cleanse the country of the group’s militants by big efforts, the government has to thwart the group’s cultural and ideological projects and re-attract those deceived by ISIS.

* We earlier warned that ISIS is not limited to Iraq and the region. They come from about 80 countries. The “lone wolves” are now returning their home countries to create instability.

* Nearly 5 thousands of Tunisians are fighting against Iraqi and Syrian forces. Meanwhile, there are many people from France, Belgium, Germany and the UK who have joined the group in Iraq and Syria.

* Iraqi government has good information about ISIS members and leaders which can be shared with other countries.

* We have a common history with the Kurds which cannot be ignored.

* Our Kurdish brothers call for a federalist government within the Constitution. Today, all of the oil revenues from Shiite-populated areas are deposited to the central government account.

* The oil of Kurdish populated areas is exported without the approval of central government in Baghdad.

* Special condition of Iraq triggered over 46,000 people from across the world and 12,000 from Europe only to join ISIS in the country.

* I met Mr. Maleki about four years ago and warned that ISIS is to implement its Syria project in Iraq. It was six months before Mosul occupation. I told him that ISIS is to establish a new Aleppo in northern Iraq. I also warned Nechervan Barzani, the Prime Minister of Kurdistan Regional Government? against ISIS project in Iraq.

* US set four conditions to back Iraq in fight against ISIS. This comes as Washington had signed a bilateral military and security deal with Baghdad. The Islamic Republic of Iran provided Iraq with military aid immediately.

*Today, ISIS is in retreat in its last stronghold in Iraq, Mosul.

*The military ISIS has come to an end, but the ideological ISIS remains active and can survive in future. ISIS has inflicted heavy blows on Iraq. Now that the group has been crushed militarily, we should remain vigilant against its security threats.

*Today, with the complete defeat of ISIS, Iraq has entered a new phase in its history. The country is now presented with three opportunities: Spiritual support of top religious leaders for nation-state making, Restoration of self-confidence among Iraqi forces and economic chances. There are also other opportunities including the support of the Islamic Republic for the war-torn country.

*There are also some challenges that the Iraqi government has to deal with including: Total destruction of the country over the past ten years, separation aspirations sought by certain groups in Iraq and fierce political competences.

*Iraq’s government should take seriously the idea of national reconciliation as well as peaceful coexistence.

* Today, ISIS has turned into an ideology and is no longer limited to militancy.

* ISIS growth in Iraq has dramatically changed the cultural, economic and social conditions of Iraq.

* About 300 ISIS members managed to occupy a large swath of Iraq in 2014. This was only the Kurdish Peshmerga who stopped ISIS advance particularly when the Iraq army was in chaos.

* The Kurds played a key role in the liberation of Mosul and Anbar. So, the Iraqi government should include them in the future power structure.

* ISIS will reproduce itself in the future.

* We should resolve regional problems. To do so, military power is not enough. We also need social and political mechanisms. We should know how ISIS can attract foreigners.

* After several deadly wars in 20th century, the Europeans decided to remove their borders and turn them into an opportunity instead of threat.

* There were over 50 secular parties and groups in Iraq in the early years of 20th century. So, the Salafi movements couldn’t take root in the country then. The first Salafi movements began to emerge in 1960s. By the end of 1980s, during Iraq’s imposed war on Iran, the Salafi movements managed to spread their ideology. This was mainly due to the appropriate ground provided for them by the close relations that had been established between Saudi Arabia and Saddam. The groups were suppressed after the severance of relations between Iraq and Saudi Arabia in 1990s.

* Salafi movements are not deeply rooted in Iraq. They are mostly influenced by foreign policies.

* In 2003, some regional Salafi movements began to infiltrate into Iraq. These movements were the source of today’s ISIS ideology.

* Today, with the heavy blows that ISIS has received in Iraq, we are going to see the return of the lone wolves to their home countries in Europe.

* Today, ISIS is transforming into an ideological threat.

* If the holy city of Najaf remains safe this is solely due to the presence of the top Shiite Cleric Ayatollah Sistani.

* If the Axis of Resistance leaves Iraq, ISIS can return and inflict heavy blows on the whole region.

* The current unity in Iraq needs to be preserved to eradicate terrorism in the country.

* Iraq crisis should not negatively affect internal politics in Iran. The Islamic Republic Guards Corps’ Quds Force plays a key role in growing strength and dignity of the Islamic Republic of Iran in the region. Today, our standing in the region is totally different with that of the previous years. This is mainly due to the guidelines of the leader of the Islamic Revolution. Iran is a strong regional player. Iran’s power goes beyond politics. Iran has paid a high price to gain such a massive regional influence.

* Iran has never sought to establish a Shiite hegemony in the region. We also support Sunnite movements in different parts of the world.

* We can play a constructive role in the regional and global conflicts relying on our today’s standing in the region.

* The world powers would close their eyes to Lebanon and Syria if we hadn’t had a strong constructive presence in the countries. We have paid a price to be included in any political talks on the region.