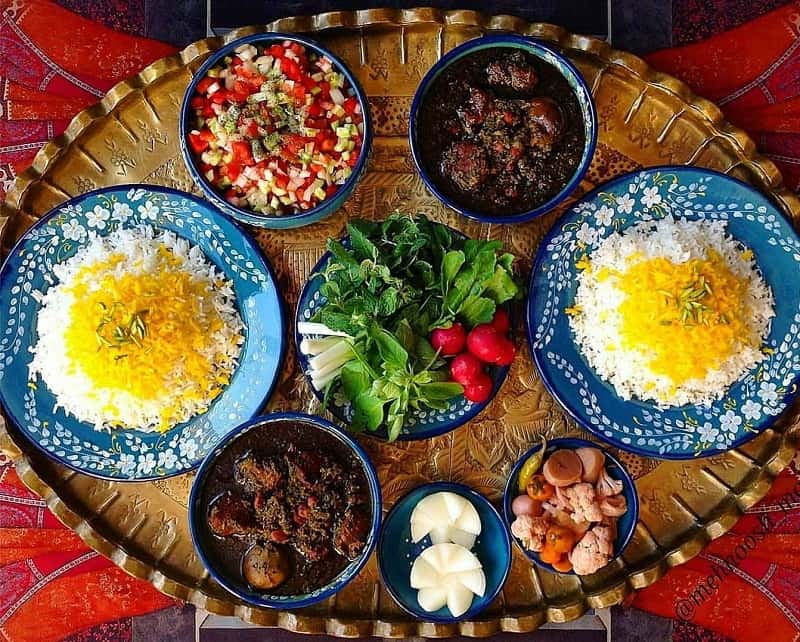 The Iranian capital, Tehran, is one of the nation’s largest cities and is home to a whole variety of cultures and traditions. However, local dishes of the capital are little known.

This is a main traditional Iranian dish dating back generations.

It was cooked among courtiers and the wealthy, and today is one of the popular meals among tourists. The first Tehran restaurant serving kebabs is 130 years old and has remained in his business for more than three generations. 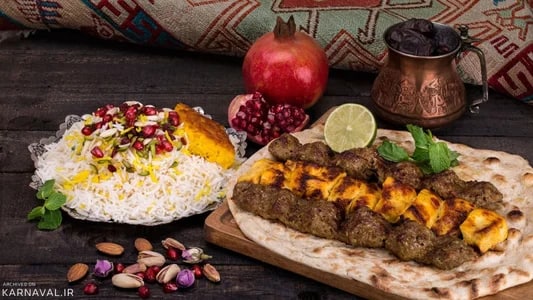 This food is very popular among Iranian and in different parts of the country. The Gheimeh stew initially originates from Tehran. It is not clear how old the dish is. However, a French tourist travelling to Iran has mentioned this food in his travelogue.

The Gheimeh stew is cooked with different recipes in Iran. Its ingredients include red meat, tomato paste, fried onions, lentils and dried lime.

Gheimeh is usually served with rice and French fries. The best kind of meat to be used in it is beef leg or lamb. Cinnamon, saffron, cardamom and rose water are sometimes added to Gheimeh to make it tastier. 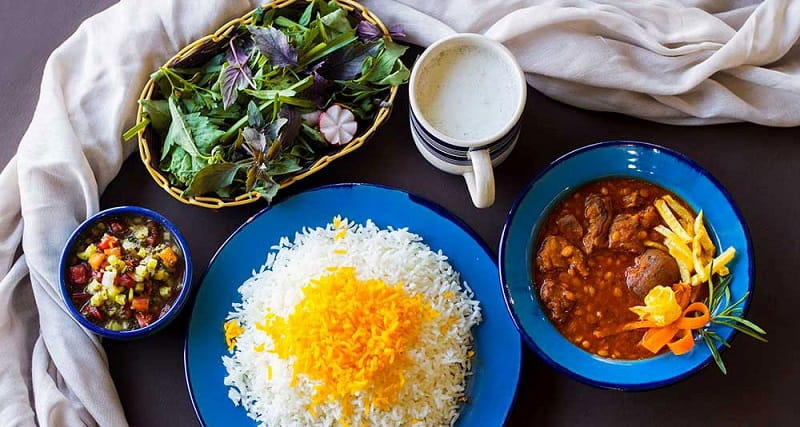 The longer Ghormehsabzi takes to cook, the more delicious it becomes. It is noteworthy that November 22 has been named as World Ghormehsabzi Day by lovers of the Iranian culture. 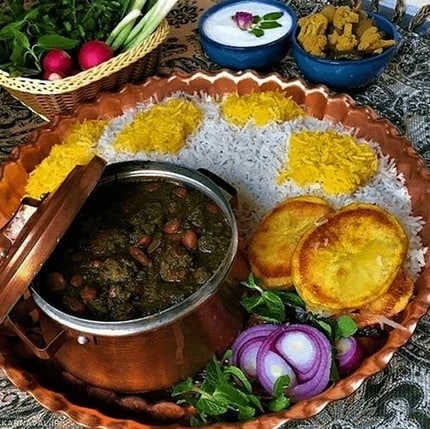 Kalleh Gonjeshki (Sargonjeshki) or mini-meatballs is a simple and very delectable dish dating back to the Qajar era. Its ingredients include fried onions, minced beef, potatoes, flour and tomato paste. This food is served with bread. 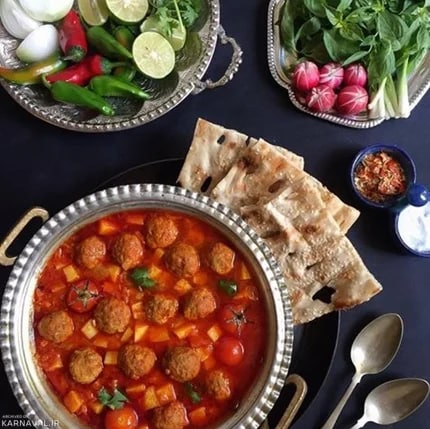 This dish was very popular in Tehran in old times and would be served in the houses of aristocrats, state officials and large parties. This food was comprised of seven different types of luxury rice and was usually cooked with chicken, turkey or partridge and set in the middle of the table in a row. Whenever this food was made with lamb, they would put the lamb in the middle and set the pilaf around it.

This is another popular Iranian food made with green fresh beans, minced beef or chopped meat, onions, tomato paste, tomatoes, salt, black pepper, turmeric or saffron or other spices. 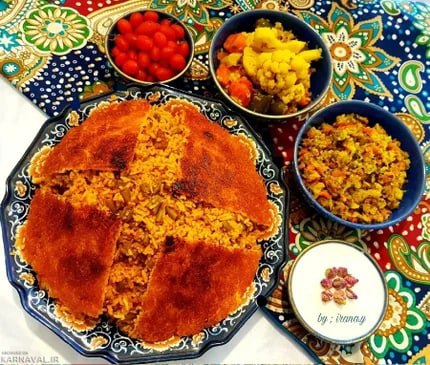 Ramsons (also known as wild garlic or bear leek) is a type of local herb which grows on the slopes of Alborz and Zagros mountains in May and June. It has long leaves and smells like garlic. Ramsons has antioxidant properties and is good for purifying the blood and alleviating digestive problems. This food is made with rice and ramsons and served with chicken, fish, different types of meatballs and minced beef. 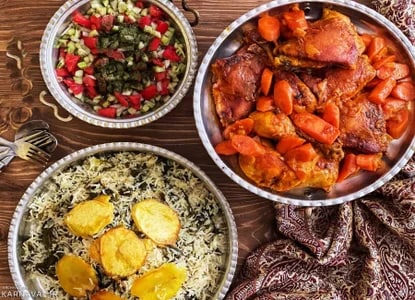 This tasty food used to be cooked in Lavasan region on the outskirts of Tehran. Bulgur pilaf is made with pulses (red beans, black-eyed peas, lentils and peas) and a special, aromatic type of herb. As in contains bulgur, this food is very nutritious and full of protein and fibres. Moreover, bulgur is an excellent alternative for other processed grains such as rice, and helps shed weight due to low fat levels and high calorie. 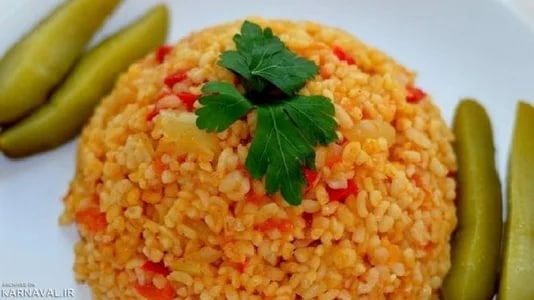 This simple food is cooked in various ways. It ingredients include dried yellow broad beans, rice, chicken or meat. The spices used include turmeric and salt. Pulses such as lentils, mung beans and black-eyed peas can be used instead of broad beans. 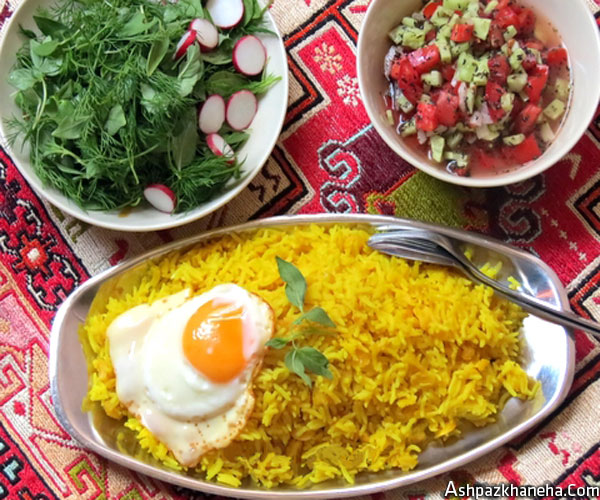 This was one of popular foods in Tehran in old times and was usually served during the holding month of Ramadan at Suhur meal at dawn. Its ingredients included lamb, peeled peas, hazelnuts, almonds, walnuts, sultanas and prunes as well as saffron, onions and salt. In order to cook this food, they would put all ingredients in a pot and closed the lid tight, so that it would be cooked through.

This was one of old dishes in Tehran. It was made with rice, minced beef, eggs, dried aromatic herbs, gram flour, tomato paste, onions and spices. As for the name of this food, some say that this type of meatball is prepared so quickly, so much so that it gets ready as soon as a lover puts his arms around his sweetheart’s neck! 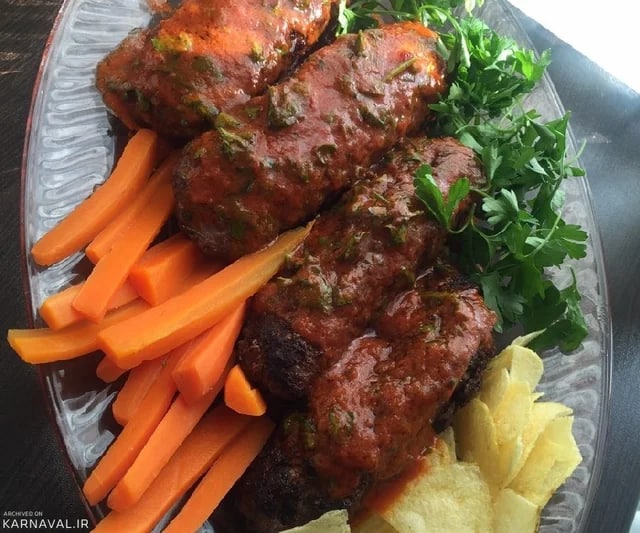 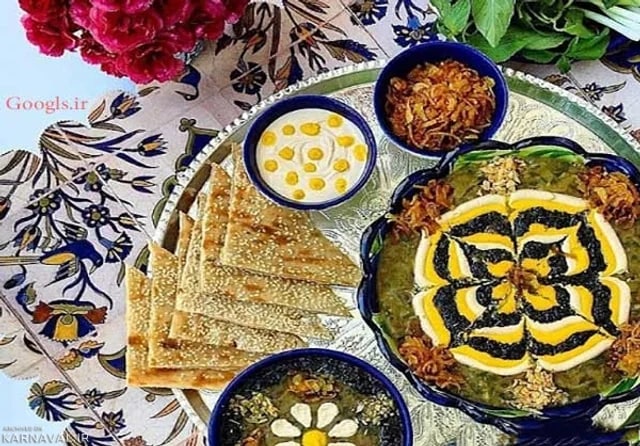 Tut (literally meaning ‘mulberry’ in Persian) is a type of local cookie made in both Qazvin and Tehran, and is named so as it looks like mulberries. This tasty cookie is made with sugar powder and almond powder and comes with different flavours such as vanilla, saffron and pistachio. 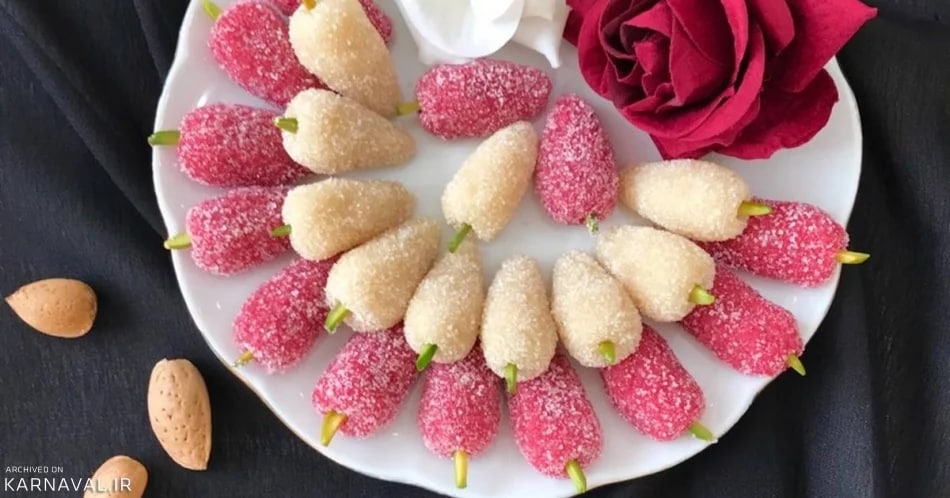