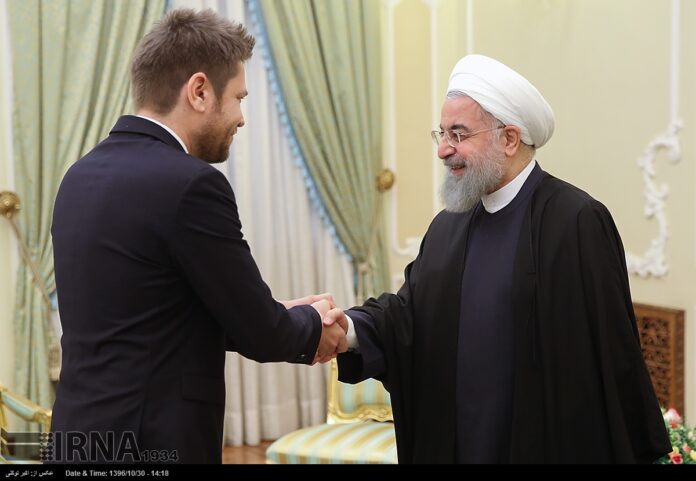 Iran’s president says showing commitment to the Iran nuclear deal can be a base to establish closer cooperation between Iran and the European Union, and this will in turn ensure peace and security in the region and the world.

Speaking in a meeting with new Polish Ambassador to Tehran Jaroslaw Marcin Domanski on Saturday, Rouhani noted that as long as the parties to the nuclear deal live up to their commitments, Tehran will meet its commitments too.

“We believe that boosting the nuclear deal would make the global community hopeful about resolving issues through diplomacy while undermining it in any way damages diplomatic measures.”

Rouhani mentioned that today, with the exception of one or two countries, the international community supports the JCPOA, and the US government is undoubtedly making miscalculations in this regard. He added that if Washington fails to remain committed to the accord, it will realize that it has made a very serious mistake.

The Iranian president also called for broader ties between Tehran and Warsaw stressing that the development of bilateral ties between Iran and Poland is very significant due to the ancient history of bilateral relations and also the potentialities in both countries in scientific and economic fields.

“Through facilitating banking ties, we can make use of the existing potentialities to the best interest of the two sides,” stated Rouhani.

For his part, the new Polish ambassador said Warsaw wants to maintain and strengthen ties between the two countries based on trust and friendship.

He went on to say that Poland has always thrown its weight behind the deal and believes the JCPOA plays an important role in bringing peace and stability to the region.

“As a main member of the European Union and a non-permanent member of the United Nations Security Council, Poland will make its best to maintain the JCPOA in the coming months,” he underscored.

Domanski also referred to the great capacities of the two countries in the economic sphere saying that the Polish investors are eager to participate in different economic projects in Iran.

During the meeting, the Polish envoy also handed over his credentials to President Rouhani.