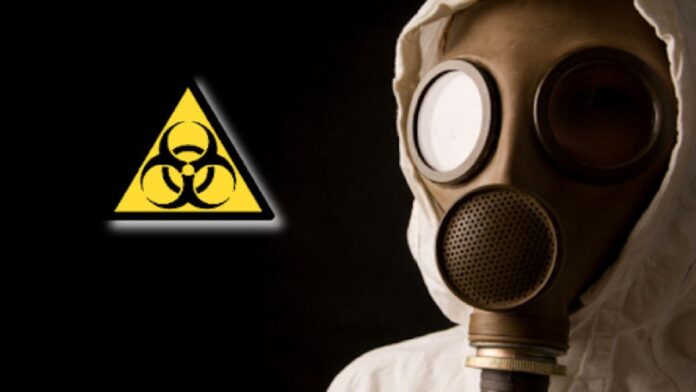 Head of the Health Department of the Iranian Armed Forces’ General Staff says it is not easy to definitely assert the coronavirus is a human-made one, but the issue is being studied at scientific centres.

Brigadier General Hassan Araqizadeh said no one can say it for sure the virus is human-made. However, considering the evidence, it is a matter of doubt, and all countries are investigating.

This issue is also being studied at Iranian scientific centres, but it is not easy to confirm this scientifically and with certainty, he added.

Araqizadeh pointed to the efforts of the armed forces to fight the coronavirus in the country saying that the Armed Forces have announced their readiness to cooperate with the health sector from the very first days of the spread of this virus.

“70% of the beds in the armed forces hospitals, including the army, the IRGC, the police and the ministry of defence, are available to the corona patients.”

“We currently have 4,200 beds ready for patient admission. In addition, we have pledged to provide 10,000 recovery beds for patients discharged from the hospital. With the addition of 2,200 beds by the army in Tehran, this capacity has reached more than 11,000 beds. In this sector, the demand has not been high and perhaps about 10% of the beds are occupied by patients, and the rest can be used if needed,” he added.

About seven field hospitals have also been set up temporarily by the IRGC and the army in various cities, and will stand as long as needed, he stated.

The Armed Forces are ready to launch a total of 20 makeshift hospitals in places with high numbers of patients, underlined Araqizadeh.

He further said another service provided by the armed forces to combat the spread of the virus was to disinfect places and streets.

The intelligence and security services of the armed forces are also involved in detecting and identifying neighbourhoods where hoarded health items are reported, continued this Iranian official.

He also referred to the actions of the armed forces to produce the necessary health supplies to deal with COVID-19.

The Ministry of Defence as well as other sections of the armed forces are responsible for the production of medical equipment and supplies. After changing their production lines, they are producing personal protective equipment, masks, disinfectants, and special clothing.

The services provided by the armed forces during this period are unparalleled in the world and similar measures have not been taken anywhere across the globe, highlighted Araqizadeh.

“For example, the army’s 2,000-bed hospital and recovery facility, created by the ground forces, is unparalleled anywhere in the world. These are just some of the large-scale services provided by the armed forces to combat the spread of the coronavirus and to help the country’s healthcare sector.”

The head of the Health Department of the General Staff of the Armed Forces also talked about the situation of the barracks saying the barracks are one of the cleanest places compared to other gathering centres in the country. There are strict regulations at the entrance to the barracks, and inspections are performed for the personnel.

“All necessary health standards are fully enforced in the barracks, and special rules have been defined to control the entry and exit of soldiers and military personnel, and the people who enter or leave are fully controlled. The inspections are carried out on a regular basis and the necessary medical supplies are provided to the soldiers and staff of the Armed Forces. Thanks God, we have not had any cases of epidemics in any of the barracks,” concluded Araqizadeh.