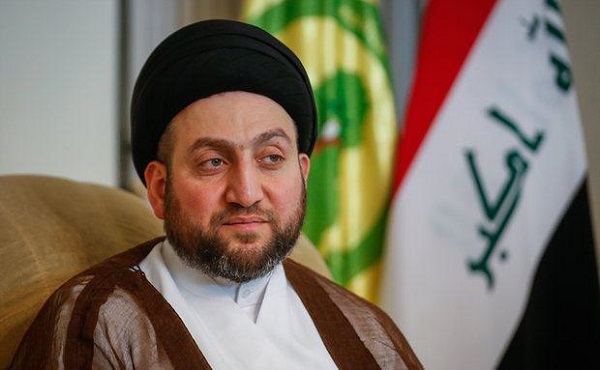 The former head of the Islamic Supreme Council of Iraq (ISCI) says he has established the new political party called the National Wisdom Movement with the aim of keeping pace with the new developments and fulfilling the needs of the younger Iraqi generation.

Ammar al-Hakim announced on July 24 he is stepping down as the ISCI leader to establish a new party.

However, in an interview with the Mehr News Agency, he said the formation of the new party does not mean breaking relationship with the members of the Islamic Supreme Council of Iraq.

“Since 2009 and after the relative failure of the Islamic Supreme Council of Iraq in the political arena of the country, we came to the conclusion that the structure and approaches of the council need some sort of reform in order to restore its position according to the facts in the Iraqi society,” the Iraqi politician added.

“This approach has been discussed for a long time at the higher levels of the council, but for some reasons it was not accepted by some colleagues, and finally we decided to form a new party.”

Hakim also pointed out that the management of the new conditions in which the young generation of Iraq came into existence need to be reviewed.

“We are trying to take a fresh look at how to attract more of this generation,” he added.

“There is not going to be any negative competition between us and our friends from other groups, especially in the Supreme Council. I am the same Seyyed Ammar, but we should take into consideration that getting updated in the field of political action needs change in some approaches, especially in relation to the new generation of Iraqi society,” Hakim noted.

“A Saudi mediator recently came to me with a message saying that if invited, will you meet with the Saudi heads of state? I said if their souvenir for me is that they will leave Bahrain and end massacre of the innocent Yemeni people, I will certainly accept their invitation. They turned down my request and for the time being, I am not planning a trip to Saudi Arabia.”