Nasrallah: Iran has not, will not interfere in Lebanon 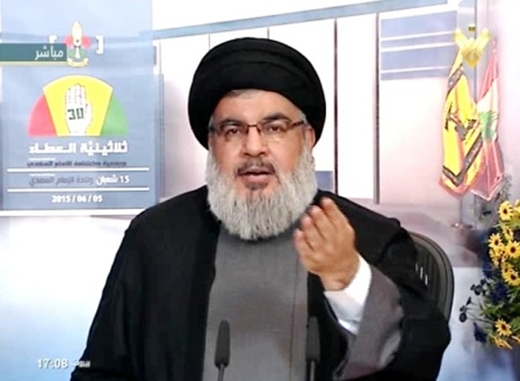 Secretary General of the Hezbollah resistance movement Hezbollah said that Iran has not interfered in the domestic affairs of Lebanon and it will not do so in future either.

‘Iran is the powerful country in this region and other countries are competing to have establish with it. It doesn’t need the issue of Lebanon’s presidential vote to solve its nuclear program,’ he said in a televised speech on Friday which was broadcst by Al Manar TV.

Nasrallah offered condolences to Palestinian Hamas anti-occupation movement over the martyrdom of Qassam brigades fighters who were killed in tunnel collapse in Gaza.

He welcomed the resumption of the cabinet work in Beirut and urged Lebanese factions, ‘Don’t bet on international developments while dealing with the issue of the presidential vote.’

‘Hezbollah doesn’t dictate its views on allies. Hezbollah’s relations with allies is based on honesty and trust, despite differences in points of view,’ he added.

Based on several conditions, Nasrallah said, Hezbollah decided to back the nomination of General Michel Aoun for presidency.