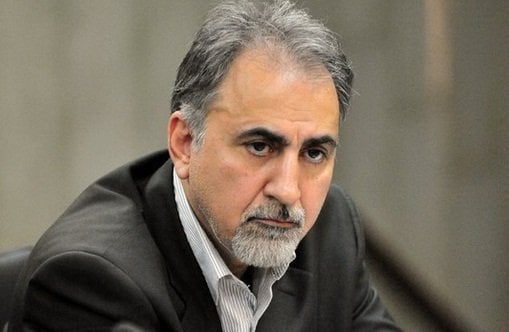 Mohammad-Ali Najafi, a former education and science minister and a senior reformist politician, has been unanimously elected as the new Mayor of Tehran, replacing the incumbent conservative Mohammad Baqer Qalibaf.

All 21 members of the new Tehran City Council voted for Najafi on Thursday after hearing his plans for running the Iranian capital.

The new councilors, who will start their work in the City Council on August 23, unofficially elected Najafi after a couple of other candidates withdrew from running for mayor. The decision will take effect after the council convenes its first official meeting.

Najafi, a retired professor of mathematics at Sharif University of Technology, was born in Tehran in 1952. After receiving a Bachelor of Science degree in mathematics from the Sharif University of Technology, he enrolled in the graduate program at the Massachusetts Institute of Technology (MIT), where he received his Master of Science degree in math in 1976 but dropped out of PhD program in 1978 during the Iranian revolution to return to Iran.

After serving as a faculty member and dean at Sharif and Isfahan universities, he was later appointed the minister of higher education from 1981 to 1984 in the cabinet of then Prime Minister Mir-Hossein Mousavi.

In 1989, he became the minister of education under then President Hashemi Rafsanjani and served until 1997, when he was appointed vice president and head of the Planning and Budget Organization by President Mohammad Khatami.

In the Iranian City and Village Councils elections, 2006, Najafi ran for a seat in Tehran City Council. He headed a list named “The Union of reformists”. This was the first time Najafi ran in a general election in Iran. He served as a councilor for a four-year term, but did not seek a reelection in 2013 election.

He was also advisor to Mahdi Karroubi, one of the main opposition leaders in Iran who is currently under house arrest.

He was nominated as minister of education by Hassan Rouhani. However, the Parliament did not give him a vote of confidence on 15 August 2013. He was then appointed head of Cultural Heritage, Handcrafts and Tourism Organization on 17 August, but resigned from his position on 30 January 2014 due to health problems.

Najafi is widely known for his links with the reformist political party the Executives of Construction Party, founded by 16 members of the cabinet of the then President Hashemi Rafsanjani in 1996.

However, in his first interview after being elected as Mayor of Tehran, he firmly rejected his membership in any political party, stressing that he was just a friend to members of the Executives of Construction Party.