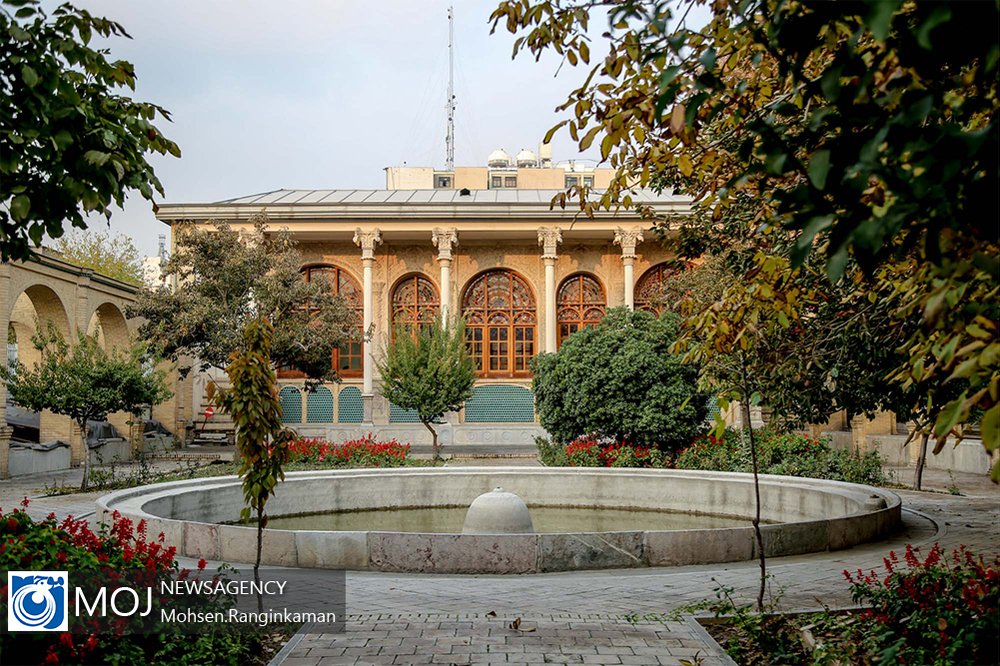 Masoudieh Palace is an edifice and Persian Garden built during the Qajar era in the historical Square of Baharestan, downtown Tehran.

The edifice has been constructed during the reign of Naser al-Din Shah Qajar in the northern part of the barrier that Tahmasp I, the Safavid King, had erected around the Iranian capital.

Master Sha’ban Memarbashi, a great architect of his time, designed the Masoudieh Palace.

The edifice consists of inner and outer quarters, and has its unique features like other Persian gardens. That includes the fact that it has been home to many cultural buildings, such as the first Iranian national museum and library.

In fact, the Iranian Education Association started to use a room of the edifice as a library in 1925. Therefore, the first official Iranian library was formed and started to work, which has been a main pillar of the current National Library.

What follows are Moj News Agency’s photos of Masoudieh Palace: