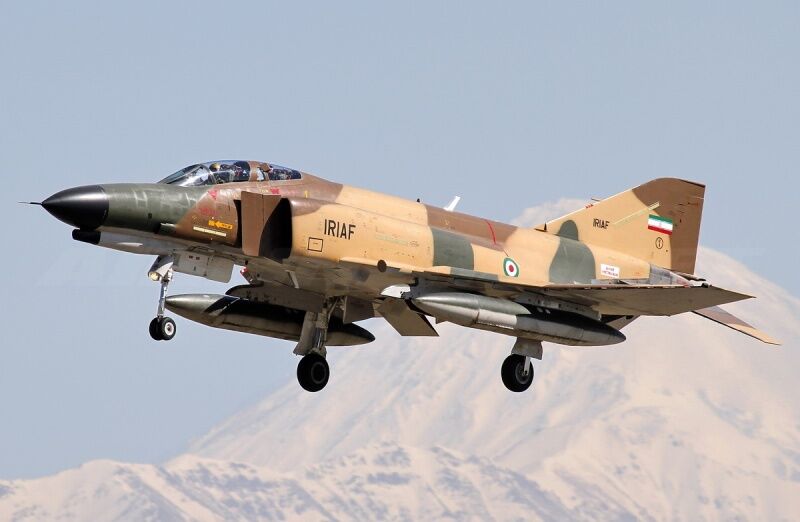 “On day one of the main phase of the joint drills codenamed Zolfaghar 1400, F-4 fighter bombers of the Air Force of the Army carried out long-range flights from their bases heading to the general area of the military exercises and conducted aerial refueling on tanker planes before using modified rockets and a new generation of air-to-surface missiles to destroy marine targets,” said Rear Admiral Mahmoud Mousavi, the spokesman for the war game.

“Among the plus points of these exercises was the use of upgraded anti-vessel air-to-surface missiles as well as operation conducted by young pilots of the Air Force,” the top commander explained.

“Also in another part of the maneuvers, F-4 fighter jets of the Air Force practiced shooting at mobile marine targets aimed at supporting naval units of the Navy,” he added.
Admiral Mousavi said Mirage planes also conducted reconnaissance flights at low altitude during the drills.

The major phase of a large-scale war game by the Iranian Army has got underway, involving four units of the Army, namely the Ground Force, the Naval Force, the Air Force and the Air Defense Force.

Domestically-developed equipment and military hardware have been used in the maneuvers.