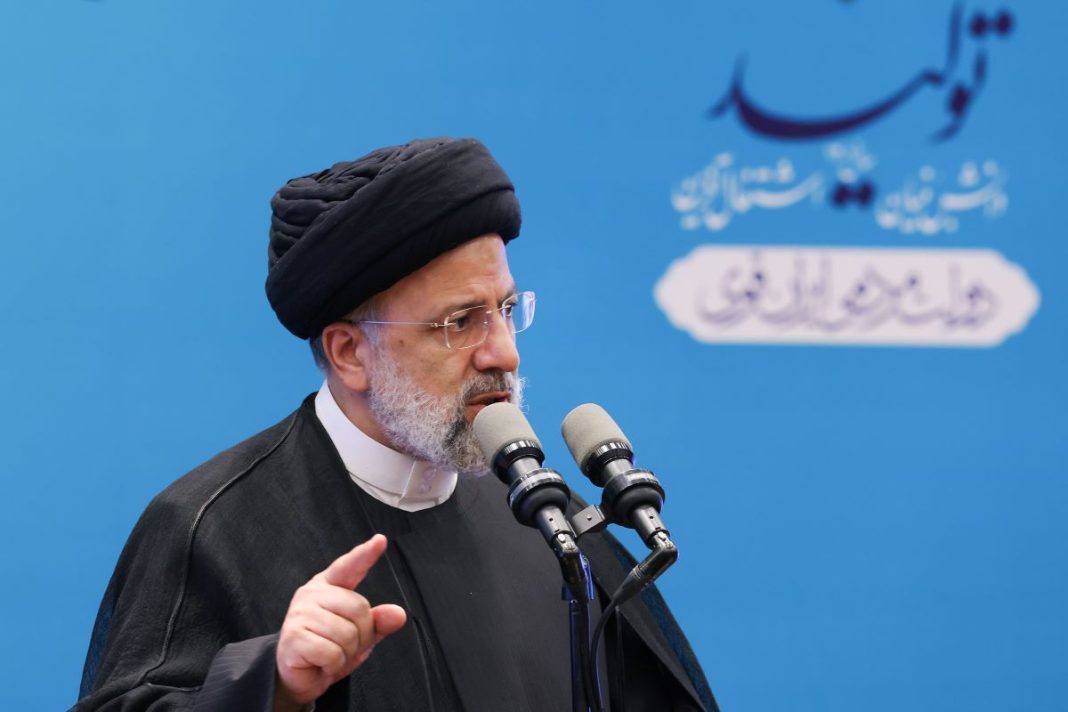 Iran’s President Ebrahim Raisi says Iran has made huge progress in its military sector despite threats, pressures and sanctions by enemies and this has happened due to the high motivation of defensive industries to achieve self-sufficiency.

President Raisi made those comments on the National Day of Defensive Industries in Iran.

The president said Iran’s precious achievements in the military sector are morale-boosting for the Muslim world and friends of the Islamic Revolution and disappointing for the enemies.

Raisi described innovations in manufacturing various types of aircraft in the defense industries as a source of pride.

He pointed to his visit to a plane manufacturing factory in Isfahan, saying, “Our scientists are one step away from building a passenger plane and I have asked them to continue down this path forcefully to achieve our goal.”

Elsewhere in his comments, The Iranian president said today Iran is more powerful than ever before and our enemies are at their weakest point.

He noted that Iran’s efficient, highly-motivated and revolutionary forces have made it great power in the region and the whole world.

The president also said Iran’s enemies should know that the nation is resolved to continue down this road.

Raisi said the arrogant powers will be forced to leave West Asia and the region belongs to independent and freedom-loving nations.