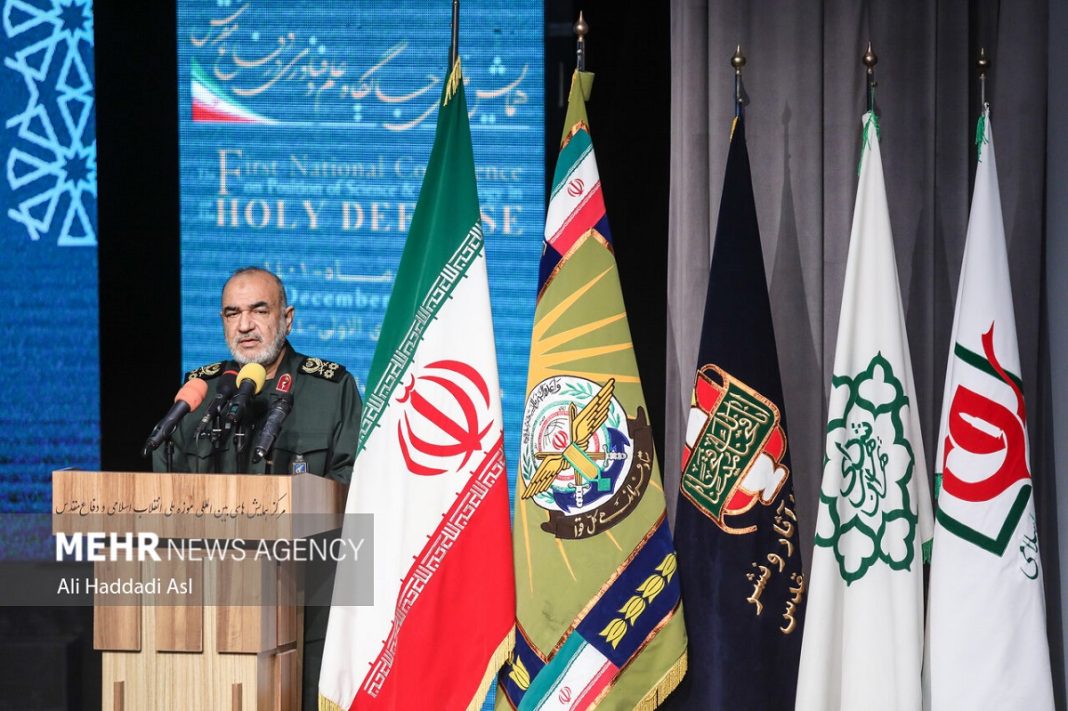 The chief commander of the Islamic Revolution Guards Corps (IRGC) says it could be said almost with certainty that Iran has achieved all the cutting-edge military technologies that exist in the world today.

Speaking at a ceremony on Tuesday, Major General Hossein Salami said the technologies, which have been developed through reliance on domestic know-how, had been extended to all military divisions of the country.

“We have piled up power required to defeat the enemies,” he said.

The IRGC commander said when the country’s forces enjoy courageous and sacrificial spirits, they will be able to implement so complex plans that the enemies cannot even imagine.

He added, however, that many of the sciences required to win the war are born in the war itself, and that every successful military tactic can be effective only once.

The needed element of surprise on the battlefield depends on sciences and technologies which are beyond the enemy’s power of calculation and which the enemy has not yet experienced, Salami said.