A look at Iranian newspaper front pages on Jan. 12

The Iranian national soccer squad’s 2-0 win over Bahrain in the AFC Asian Cup in Australia dominated the front pages of the Iranian newspapers on Monday. Harsh exchanges in parliament after an MP appealed for an end to the house arrest of the two candidates who disputed the results of the presidential elections in 2009 and President Rouhani’s condemnation of violence against all religions at a meeting with the Cypriot foreign minister grabbed front-page headlines too.

Afkar: Because of bureaucratic problems created by Afghan officials, exports of oil derivatives to Afghanistan have stopped. 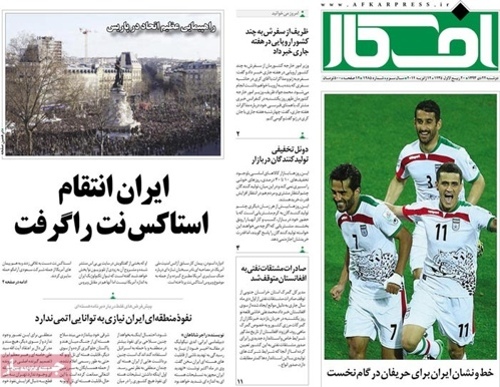 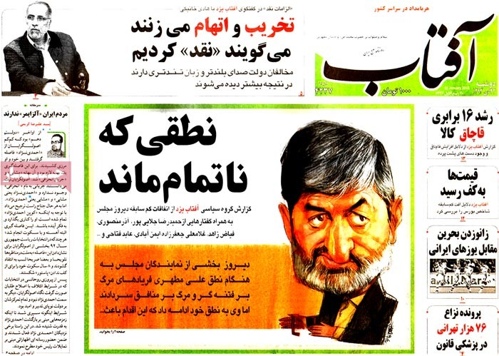 Arman-e Emrooz: The value of smuggled items is twice as much as the country’s development budget. 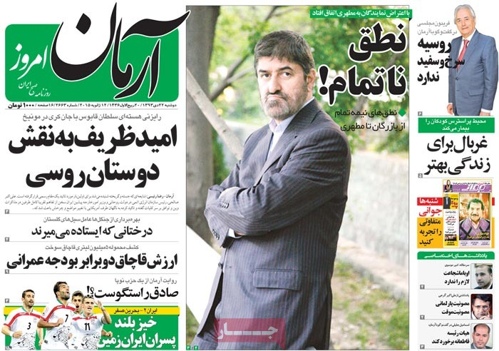 Asrar: A door-to-door inquiry is on to identify school-age children who are not receiving education. 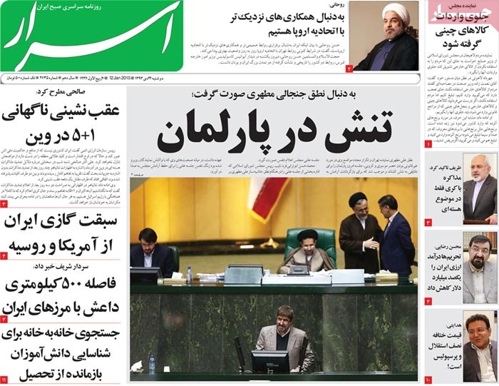 Ebtekar: “Iran is all for expansion of cooperation with the EU,” President Hassan Rouhani told the visiting Cypriot foreign minister. 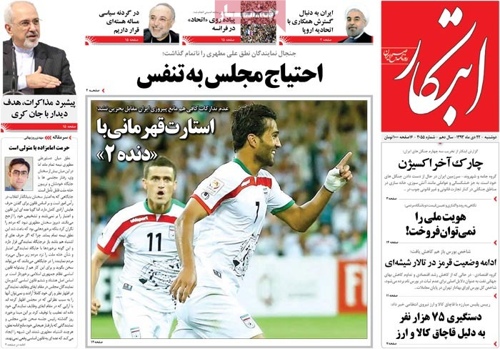 Etemad: “Violence against any nation and religion is condemned,” President Rouhani said at a meeting with the Cypriot foreign minister.

Etemad: “Talks with the US are and will remain unique,” Iranian top diplomat Mohammad Javad Zarif said. 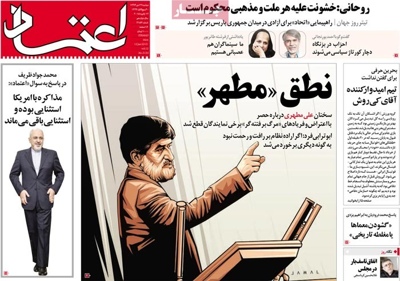 Ettela’at: Over $20 billion in goods were slipped into the country illegally last year. 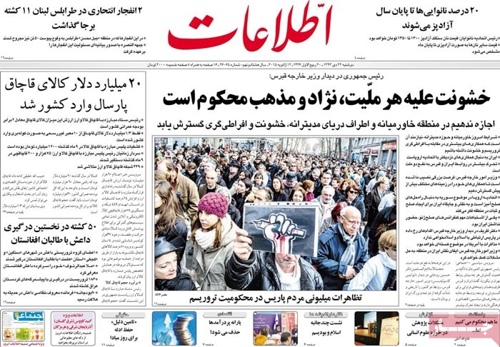 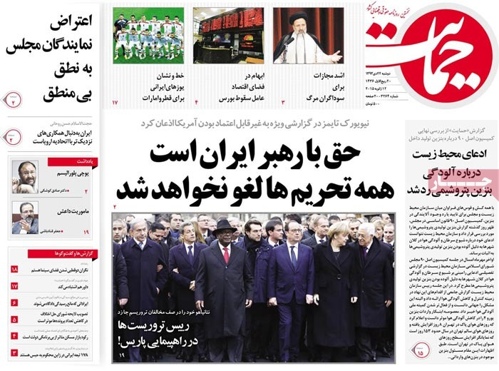 Javan: MPs have protested against the seditionist mission in parliament. [The front-page headline refers to the loud protests of some MPs against a fellow deputy during a speech in which he called for an end to the house arrest of two 2009 presidential candidates whose doubting of the election results sparked unrest.] 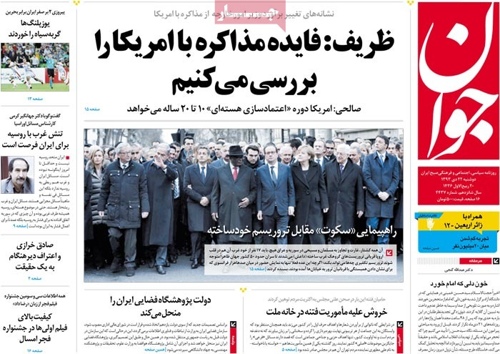 Jomhouri Islami: Germans stage a rally in protest at Islamophobia. 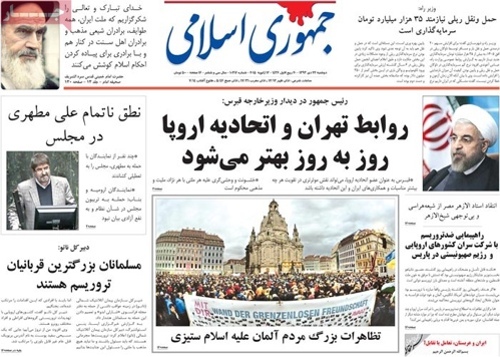 Kar va Kargar: The Iranian national soccer team had a promising start in the AFC Asian Cup, beating Bahrain 2-0 in their opening match. 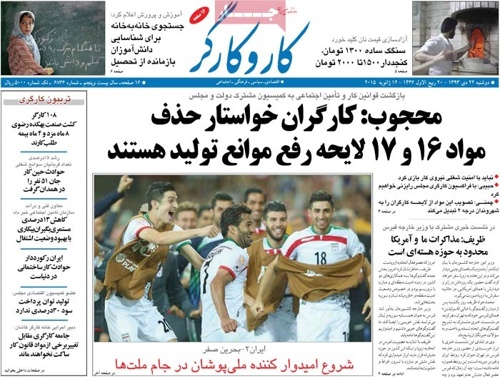 Kayhan: Without a referendum, the Government of Prudence has raised bread prices for a second time in a month!

Kayhan: The anti-revolutionary media have widely hailed Ali Motahari [for his call in parliament for the release of seditionist leaders]. 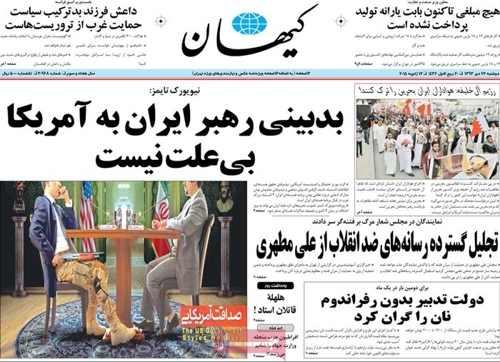 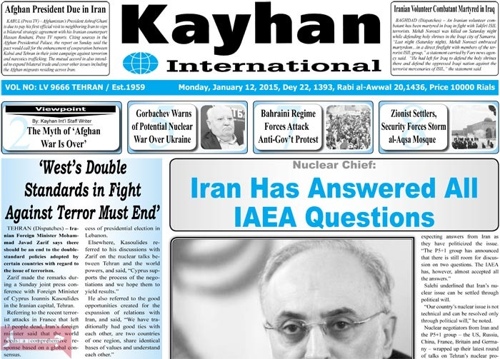 Sayeh: “Formation of an Islamic Union is what the Muslim world needs now,” said the Supreme Leader’s representative in Golestan Province. 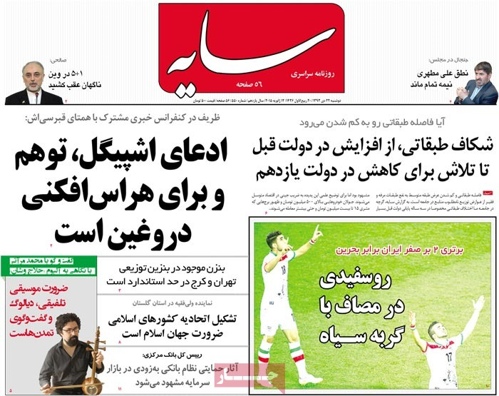 Shahrvand: Archeologists have found a 7,000-year-old corpse in Tehran. 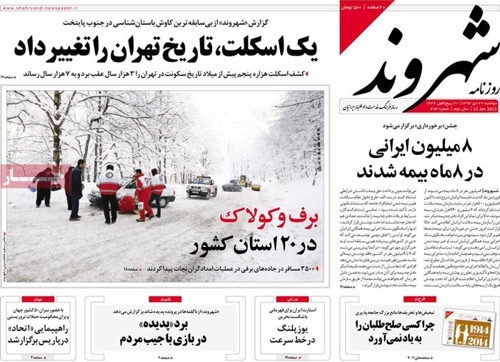 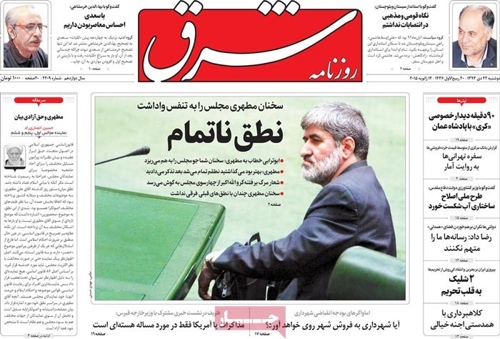 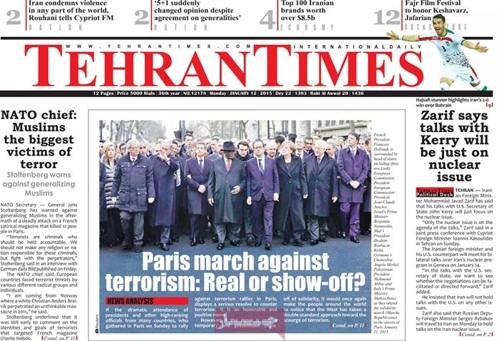