The death of Mahsa Amini and its repereussions, are still hitting the headlines in Iran. Official accounts say Miss Amini has died of a heart attack in police custody. Many reject this.

1. Issa Zarepour: Ministry of Communications hasn’t, doesn’t have a program for filtering Instagram 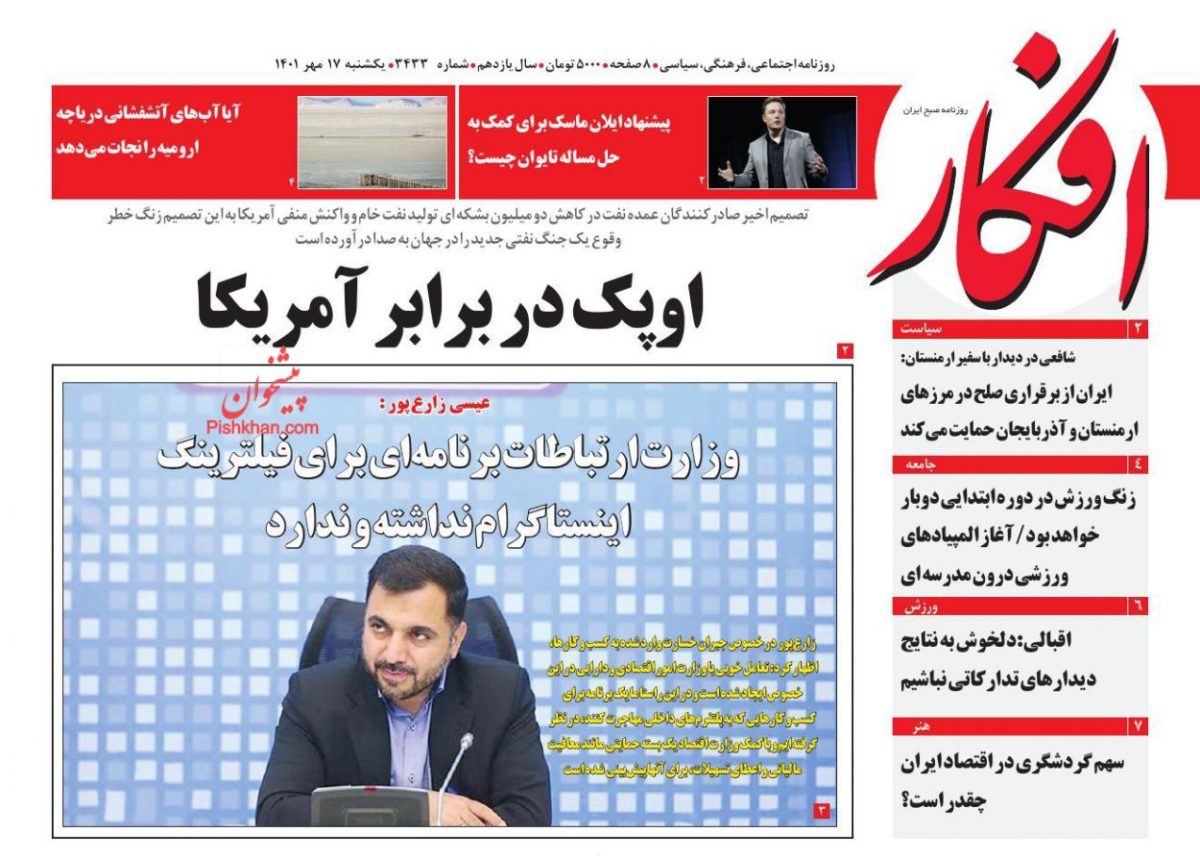 2. Head of Iranian students’ polling center: Ignoring demands is cause for increase in violence compared to previous protests

3. Business bankruptcy due to filtering

• Despite the Minister of Communications’ remarks that “we have to resolve these issues”, half of businesses have had at least a 25% decrease in sales. 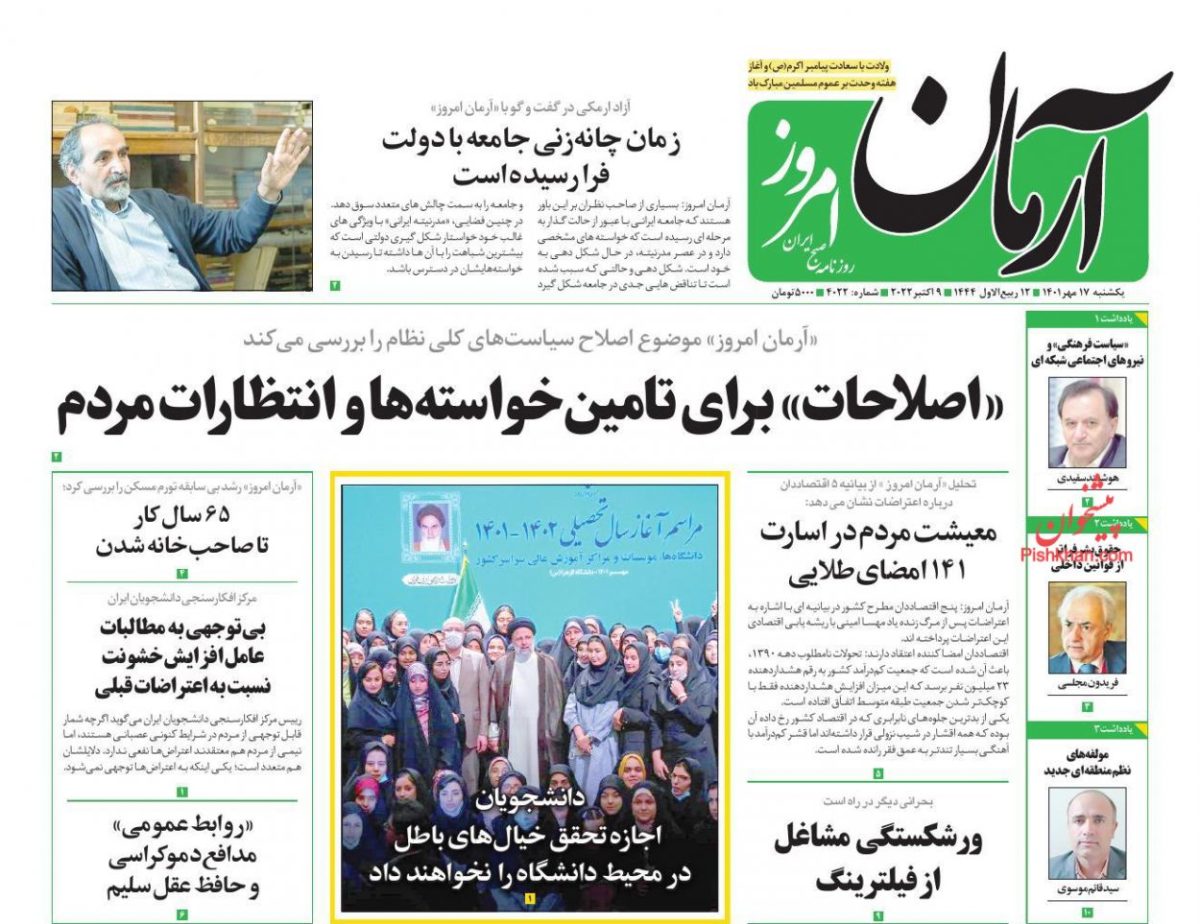 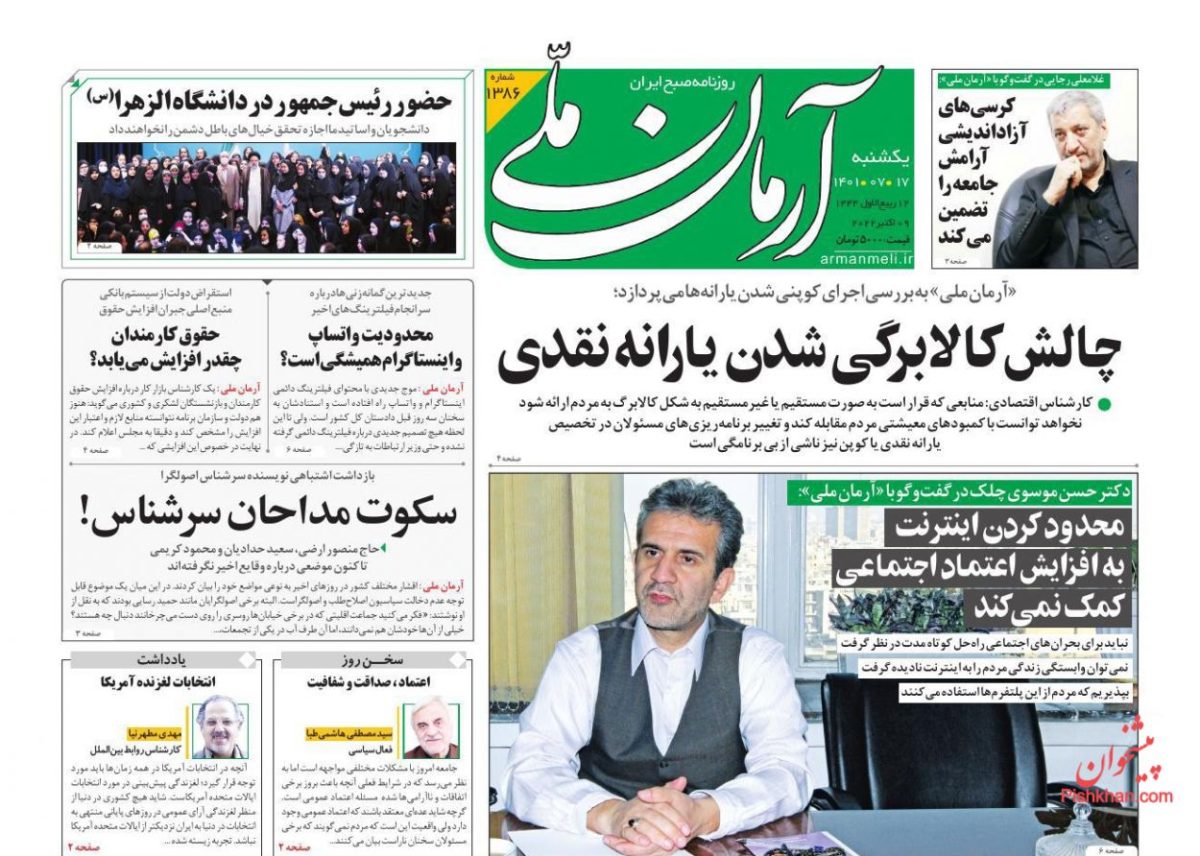 1. The protesting community; in the absence of constructive dialogue and modern civil organizations (editorial)

2. The second Saturday of unrest in Tehran

• Markets closed due to fear of vandalism 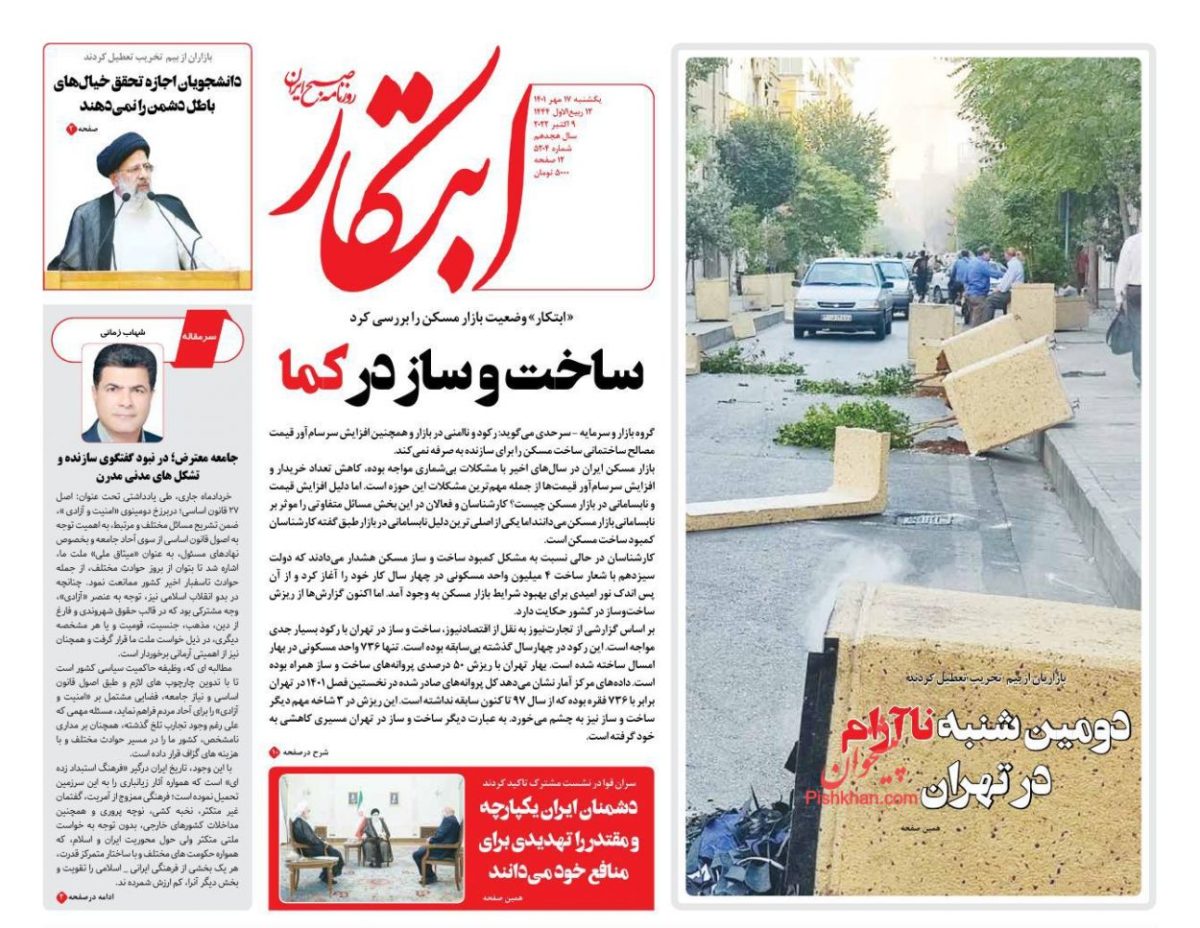 1. Understanding the right of citizens to protest
Zahra Bahramnejad, a reformist politician, recounting the recent events, says that reforms are necessary to overcome the challenges.

2. Daily loss of between 50 and 500 million tomans for businesses dues to internet disruption 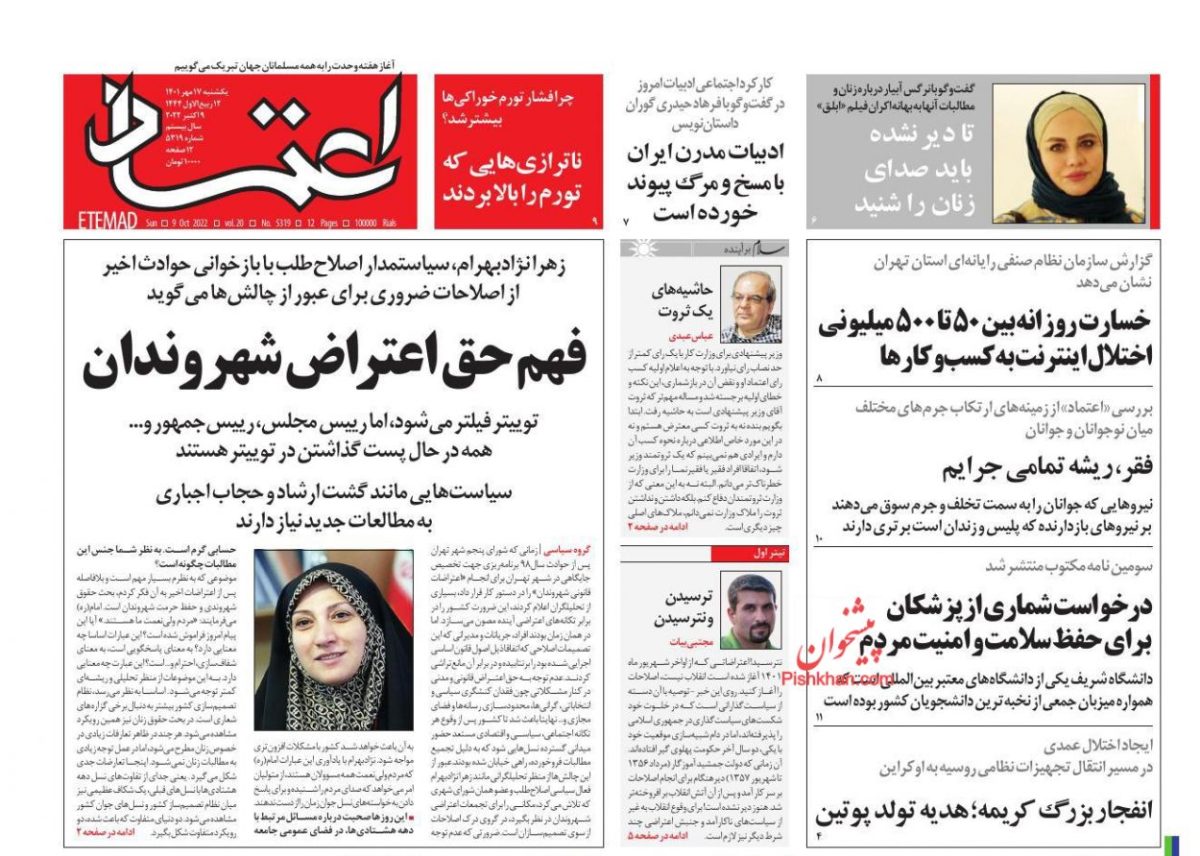 1. Riots by groups in Tehran, killing scenario in Kordestan

• As the unrest and protests in the country subsided during the past week, some cities, especially Tehran, witnessed riots and vandalism. 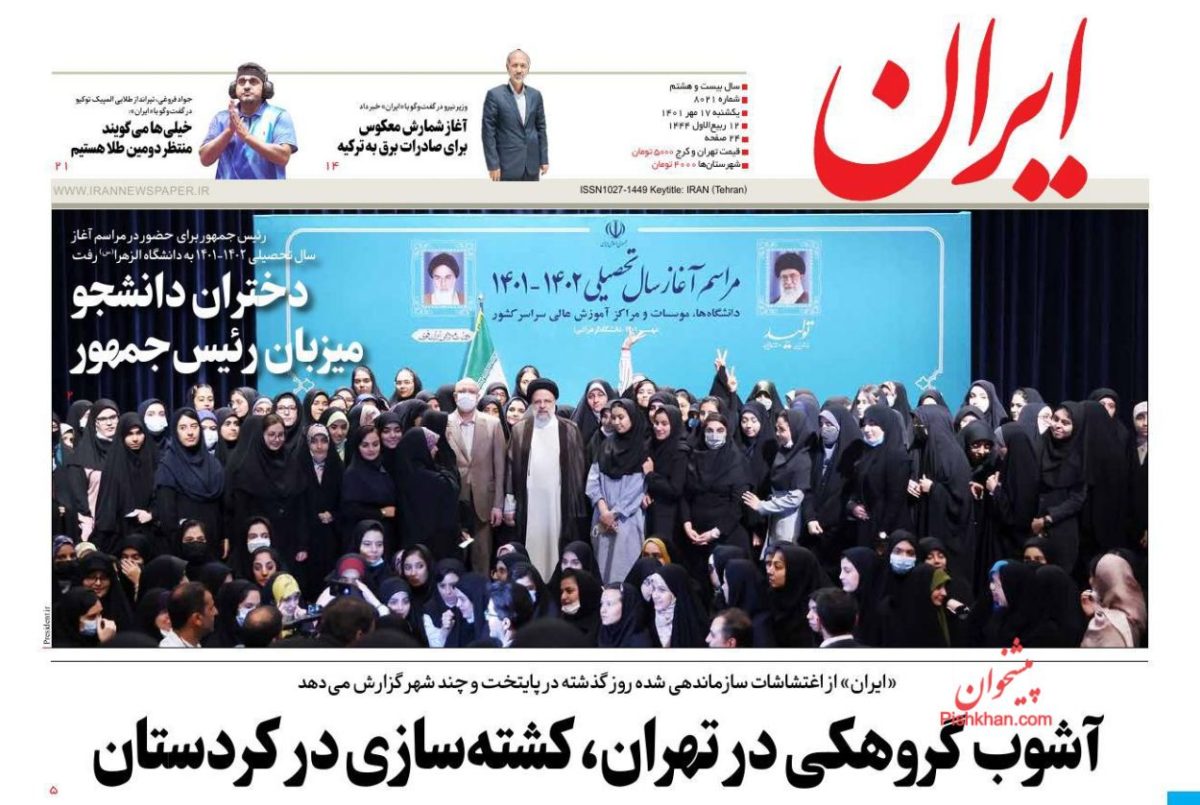 1. The uncertain future of filtering

• Jahan-e Sanat has analyzed the recent events in the country in interviews with political, economic and social experts

• The consequences of not hearing the voice of the protesters 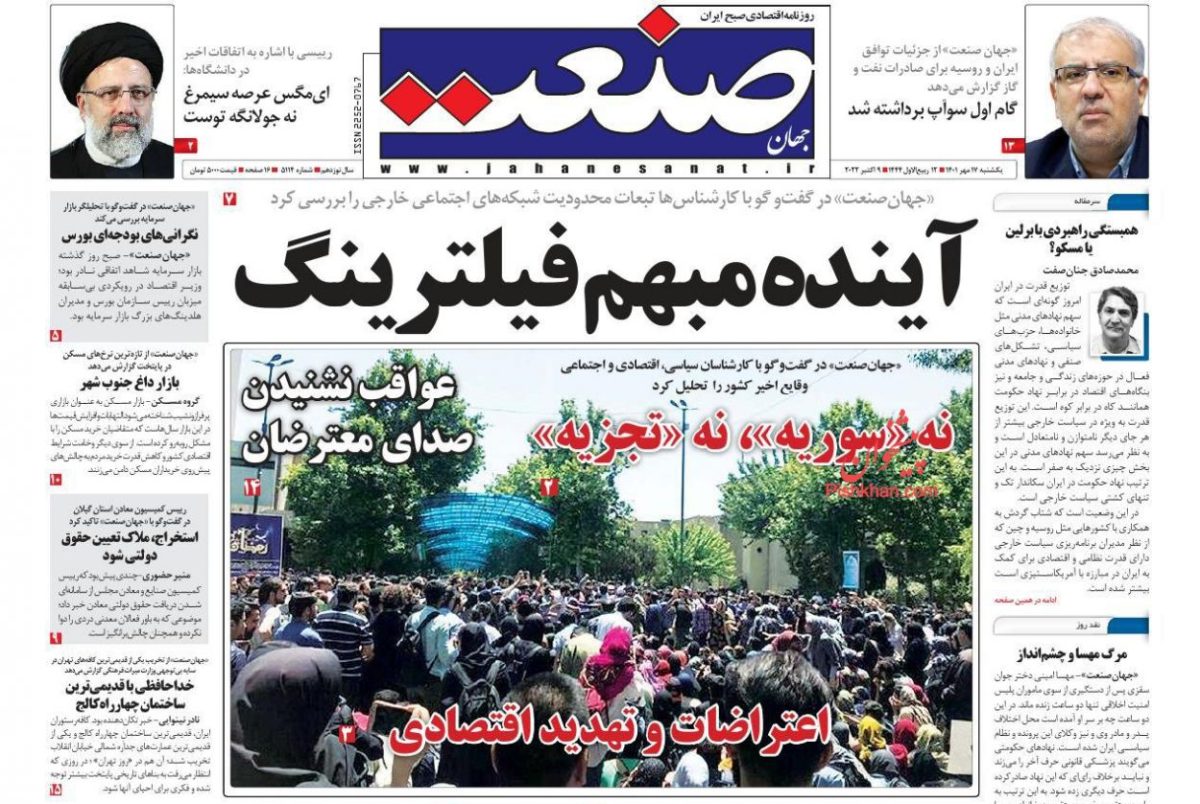 1. The president at al-Zahra University: Universities are awake in the face of the enemies’ dreams 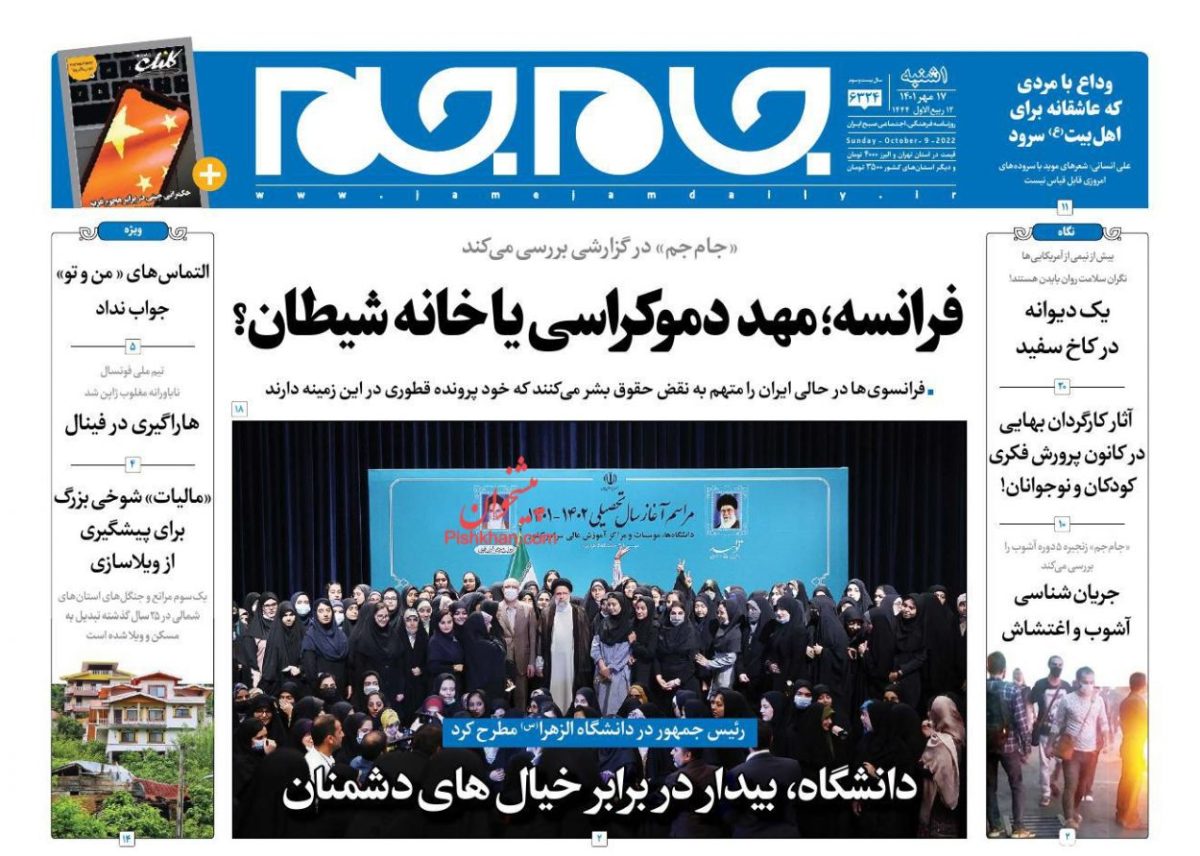 1. Naked violence disgraced the rioters in the eyes of people

• The recent riots, along with the costs it imposed on the Iranian people, revealed other dimensions of the hostility of the establishment’s leaders against the Iranian people and proved the correctness of the path the Iranian people have followed for more than four decades to maintain independence, territorial integrity and manifest the authority of Iran.

2. The president at al-Zahra University: Knowledgeable women make Iran strong in the world 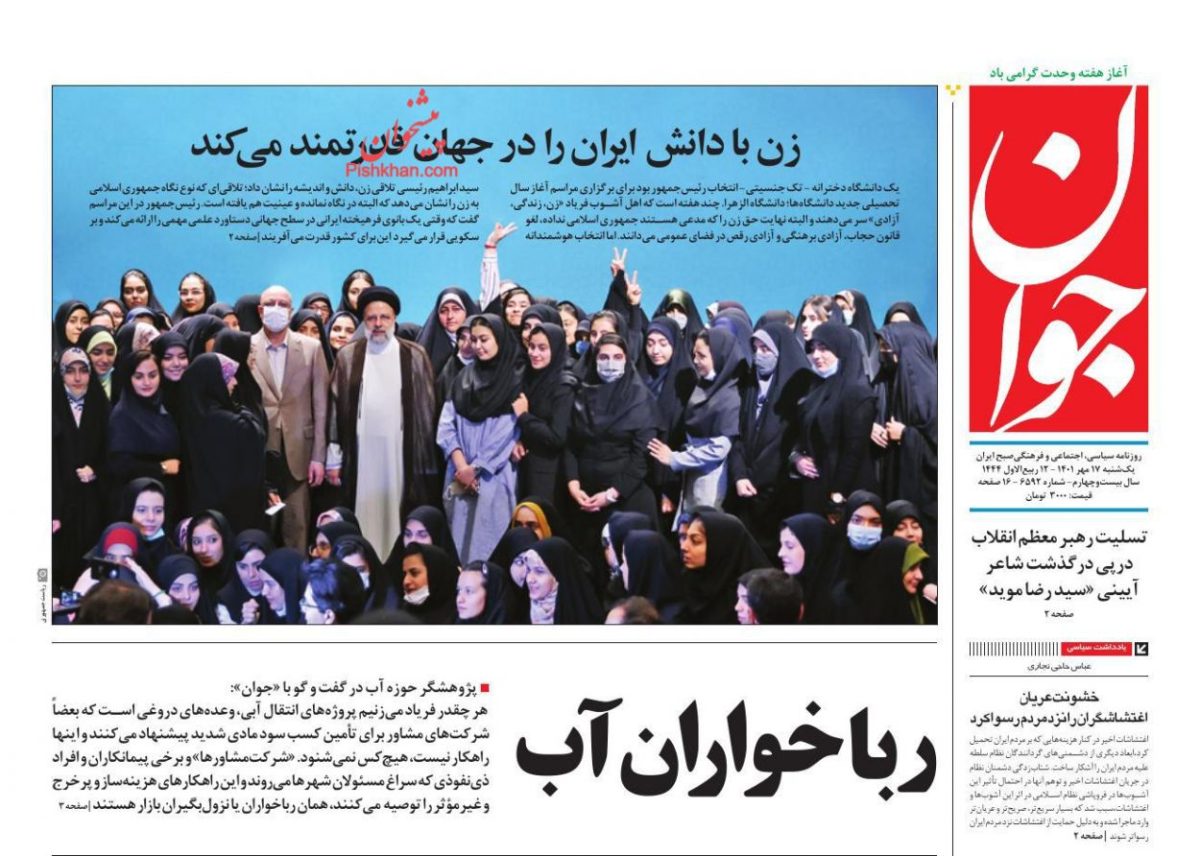 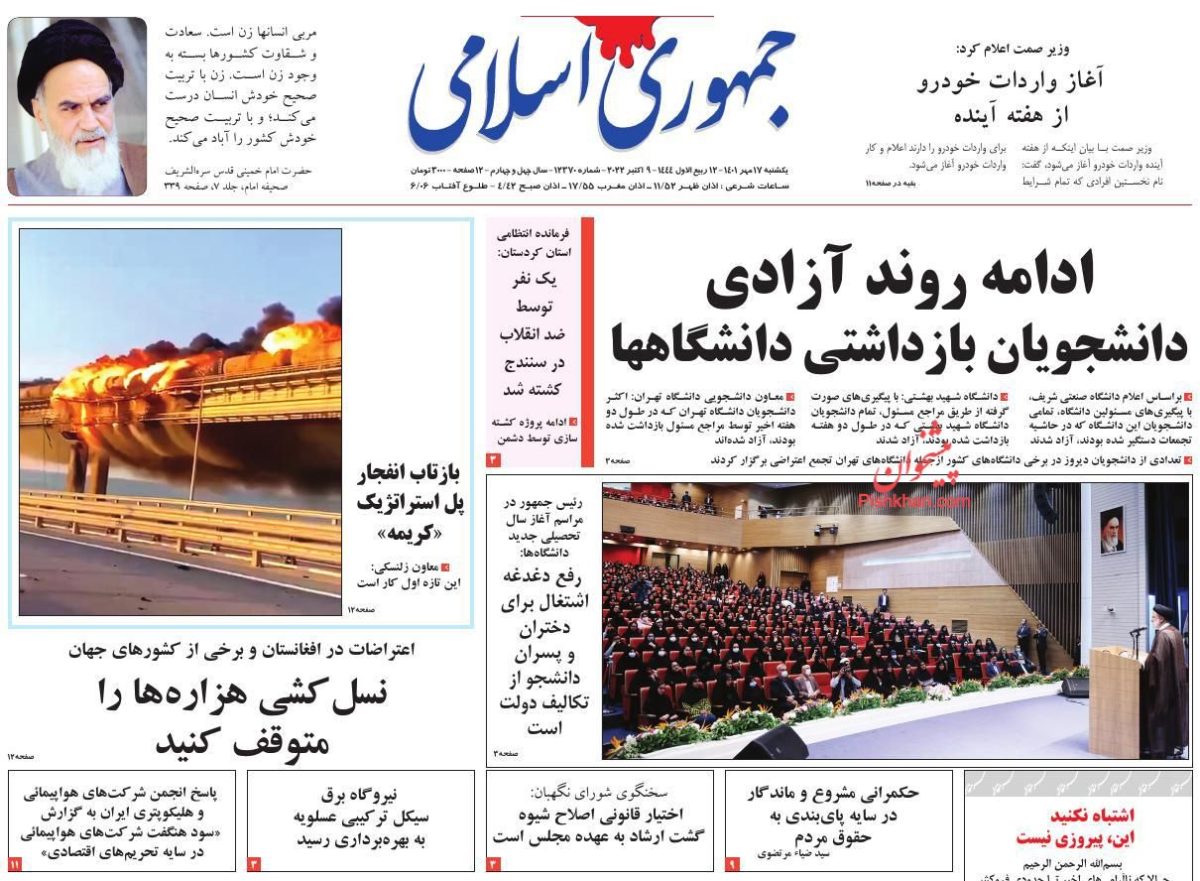 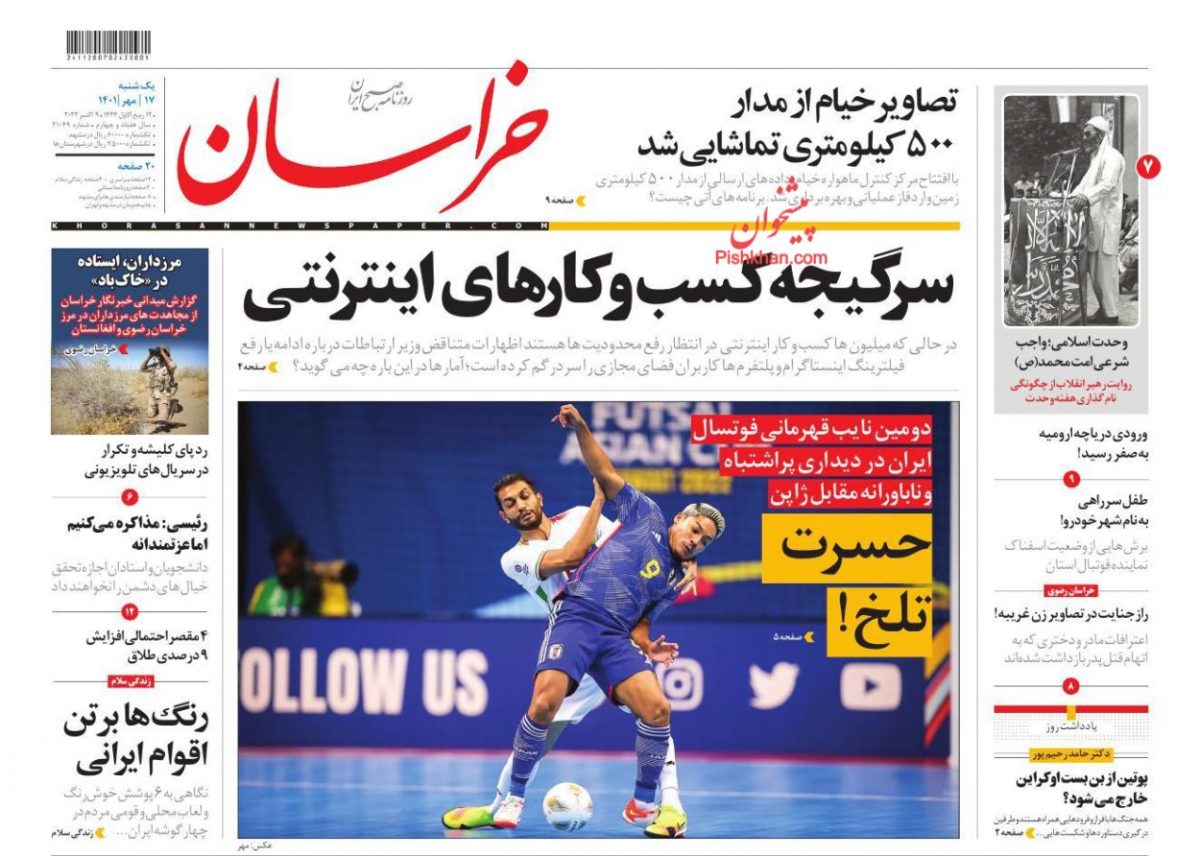 Setare Sobh:
1. What do teenagers and youth want?

• Member of National Security Committee of Parliament: The youth have the right to think differently from previous generations

2. Mehdi Pazouki, Economist: The root causr of unrest is poverty and discrimination 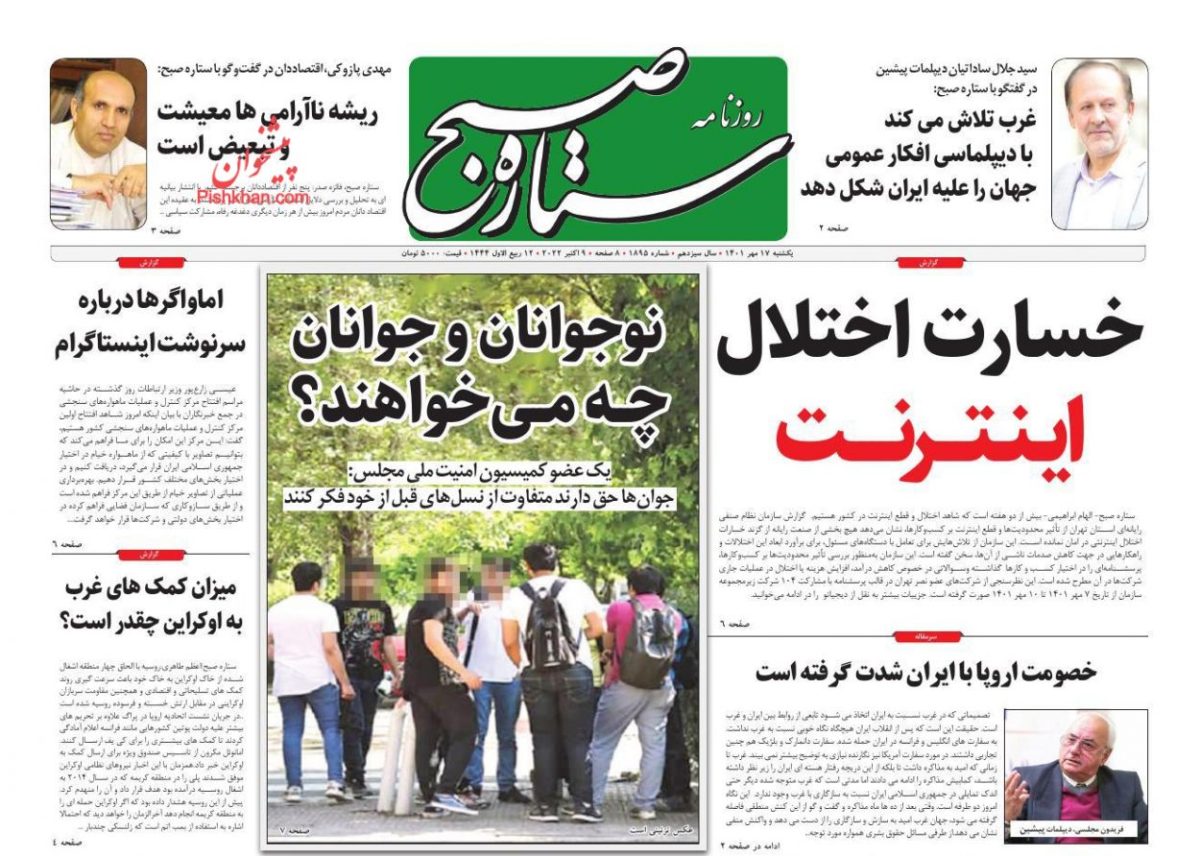 • Why are there so many cases of profiteering? Protests have external stimulus, but the structural aspect and protest against discrimination cannot be ignored 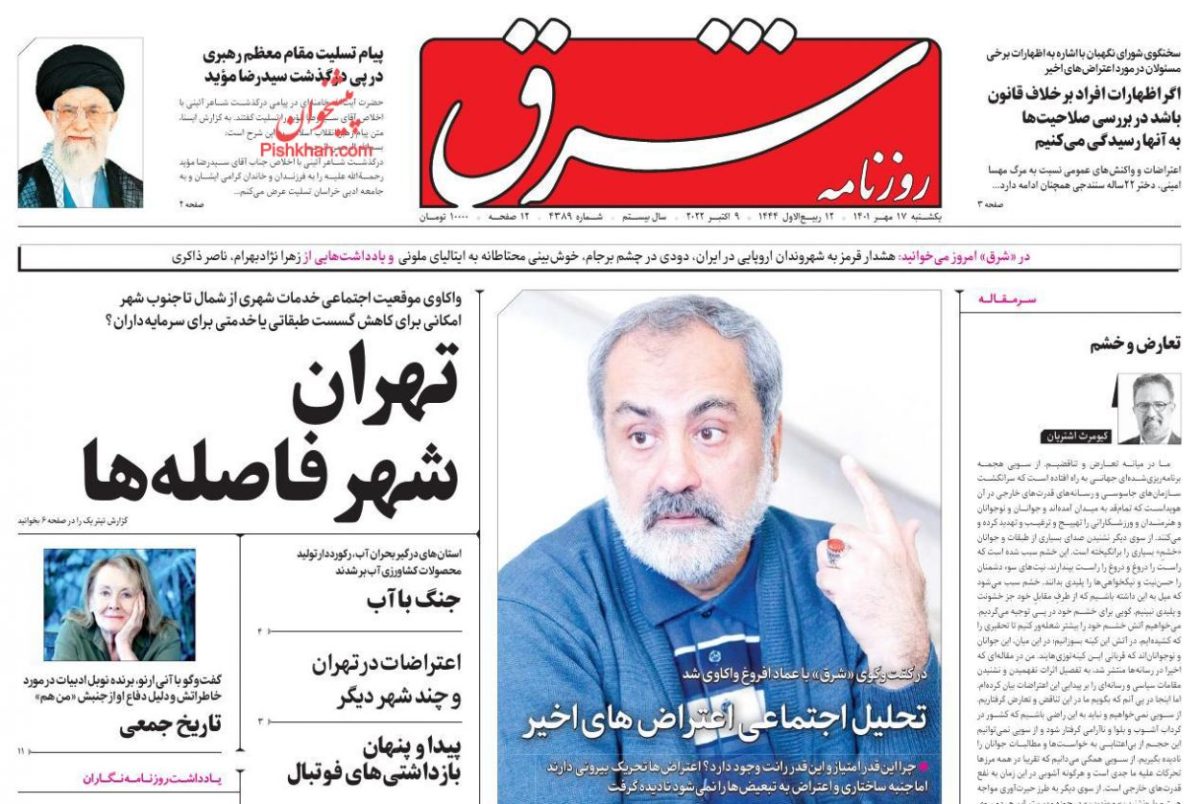 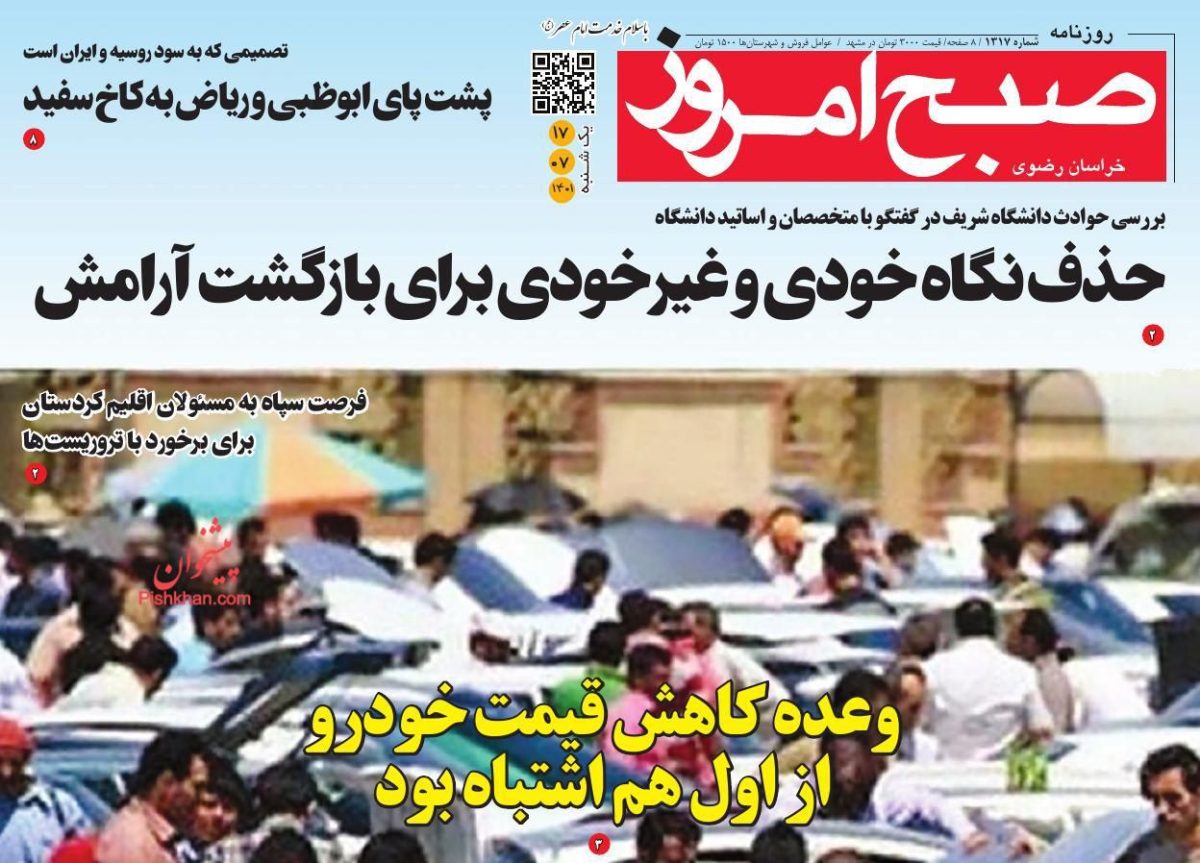