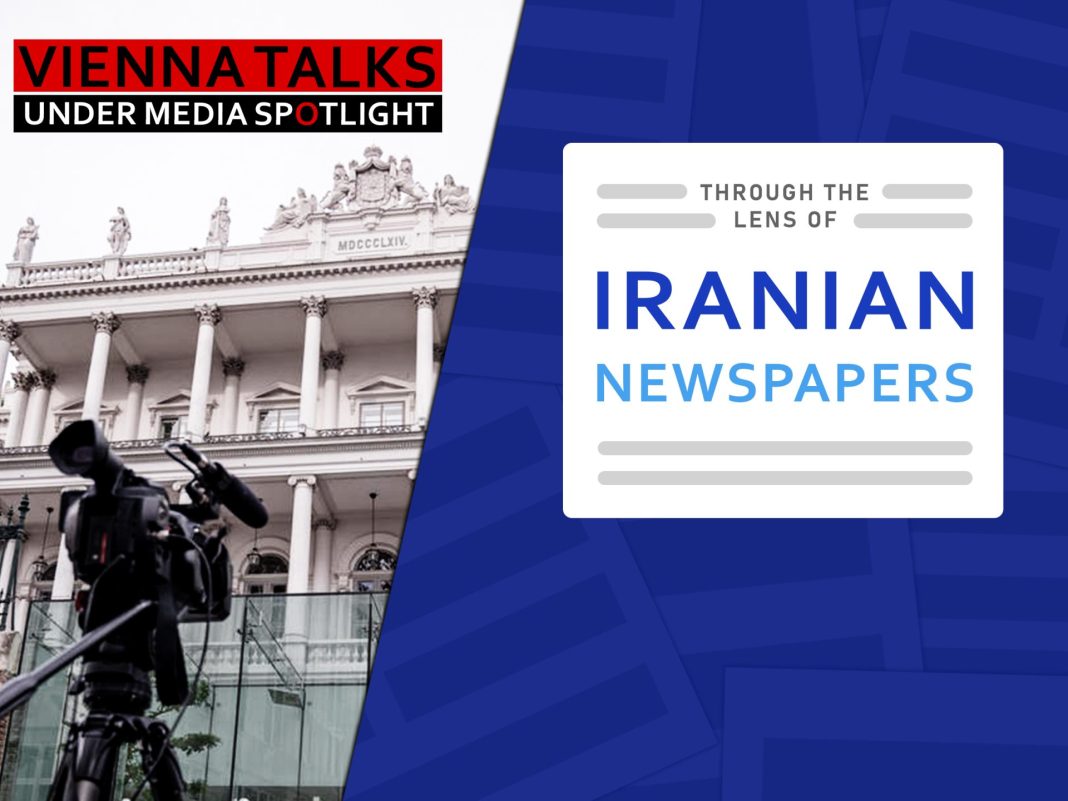 Iranian media are focucsing on the latest about the vienna talks over the revival of Iran's nuclear deal.

Afkhar:
1. Vienna becomes the center of important developments for Iran and the world community. 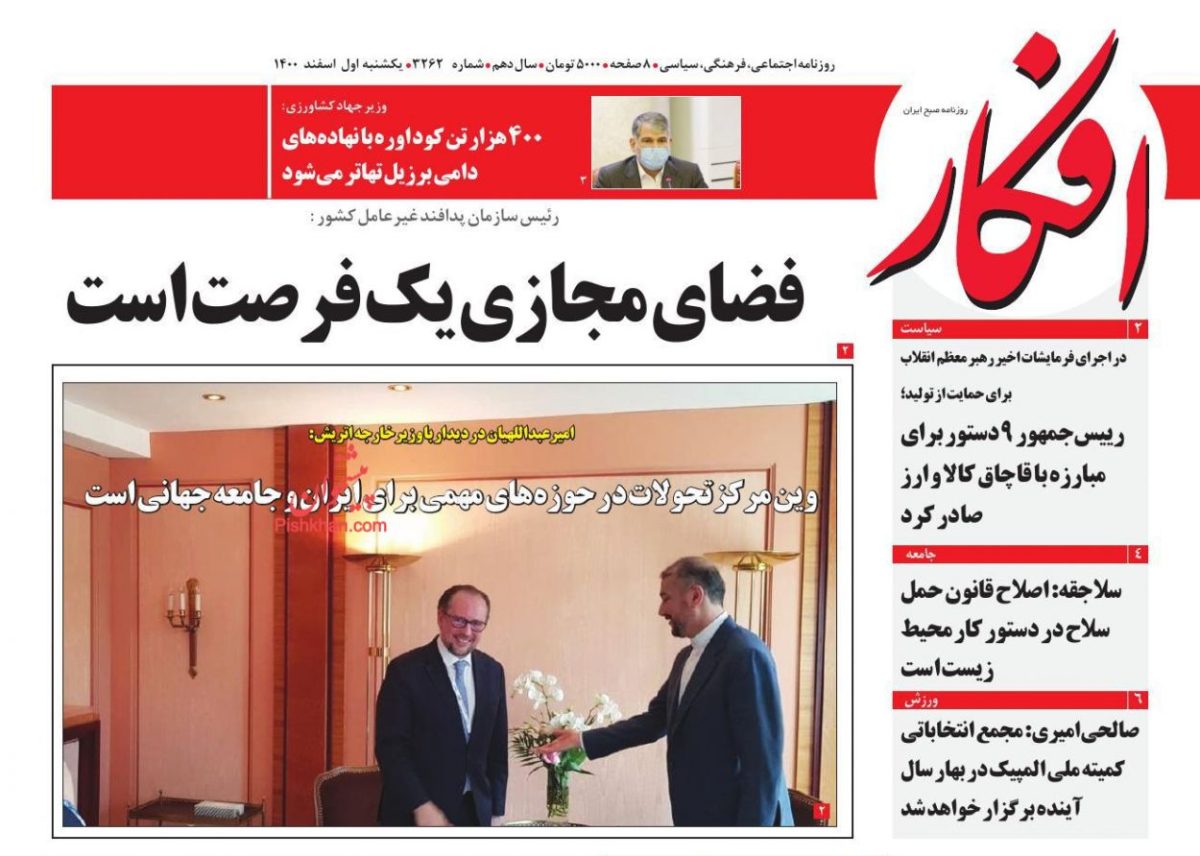 Arman-e-Milli
1. One step to declaration of a deal

2. Hadi Haghshenas to Arman-e-Milli: Revival of JCPOA an opportunity for Iran, Democrats 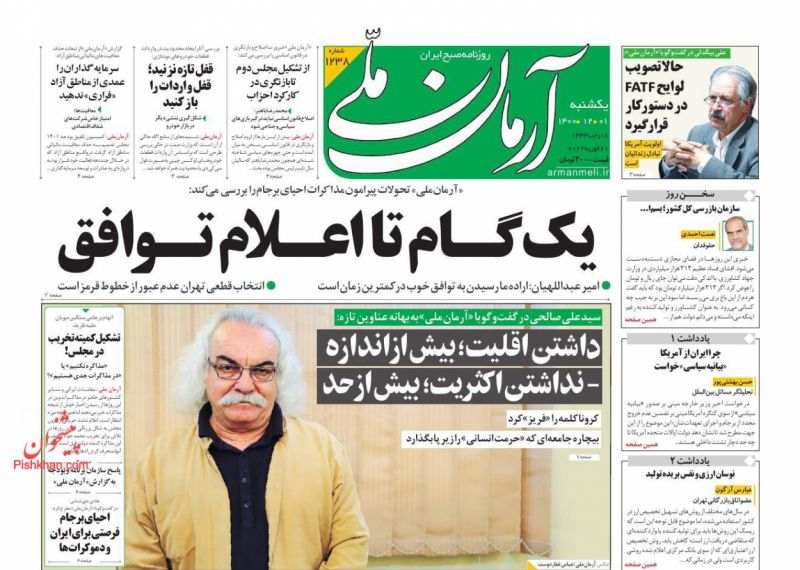 1. The bells are tolling for resuming the JCPOA’s implementation

3. Amir-Abdollahian: The West should take its final decision

4. The German chancellor: All elements of a deal are on the table in Vienna 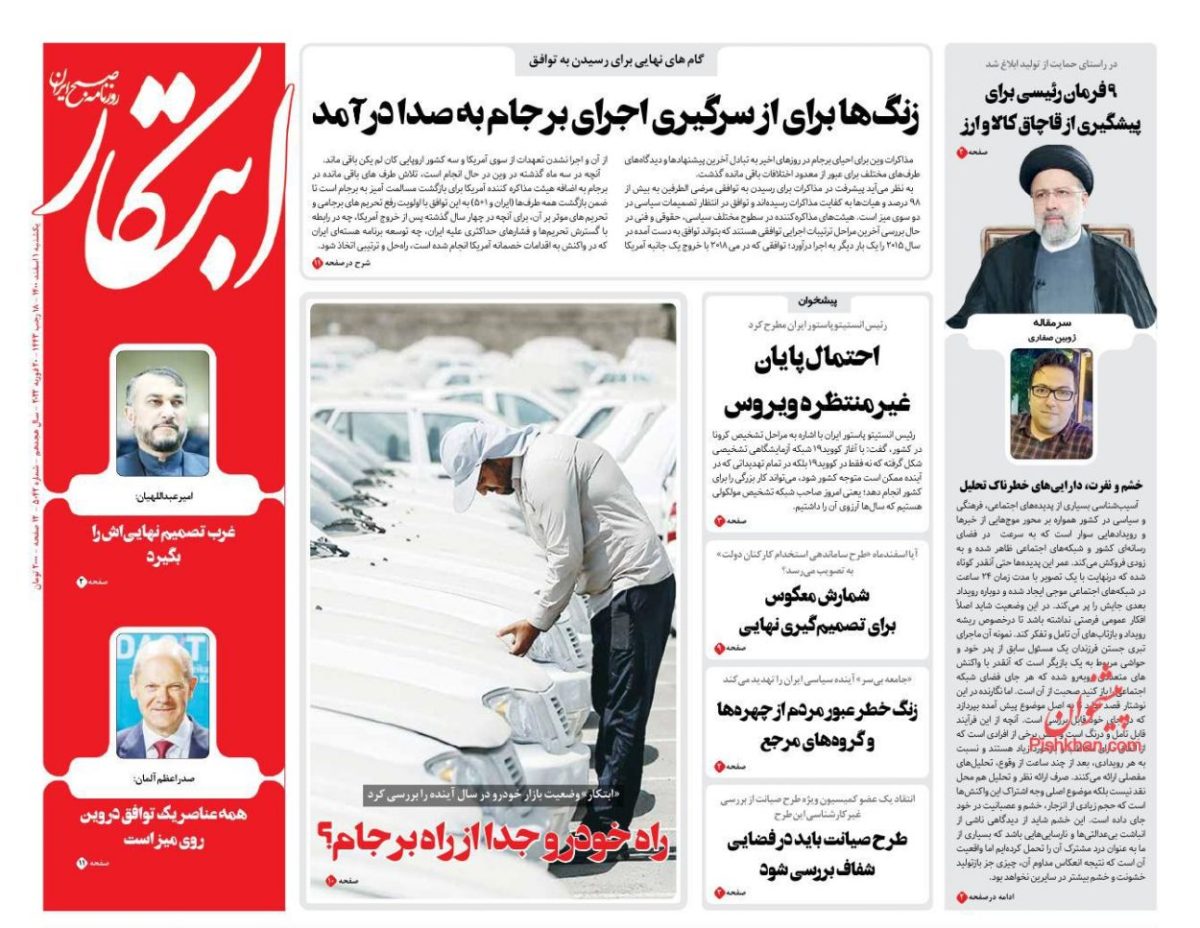 1.Iran will not retreat from the red lines in negotiations 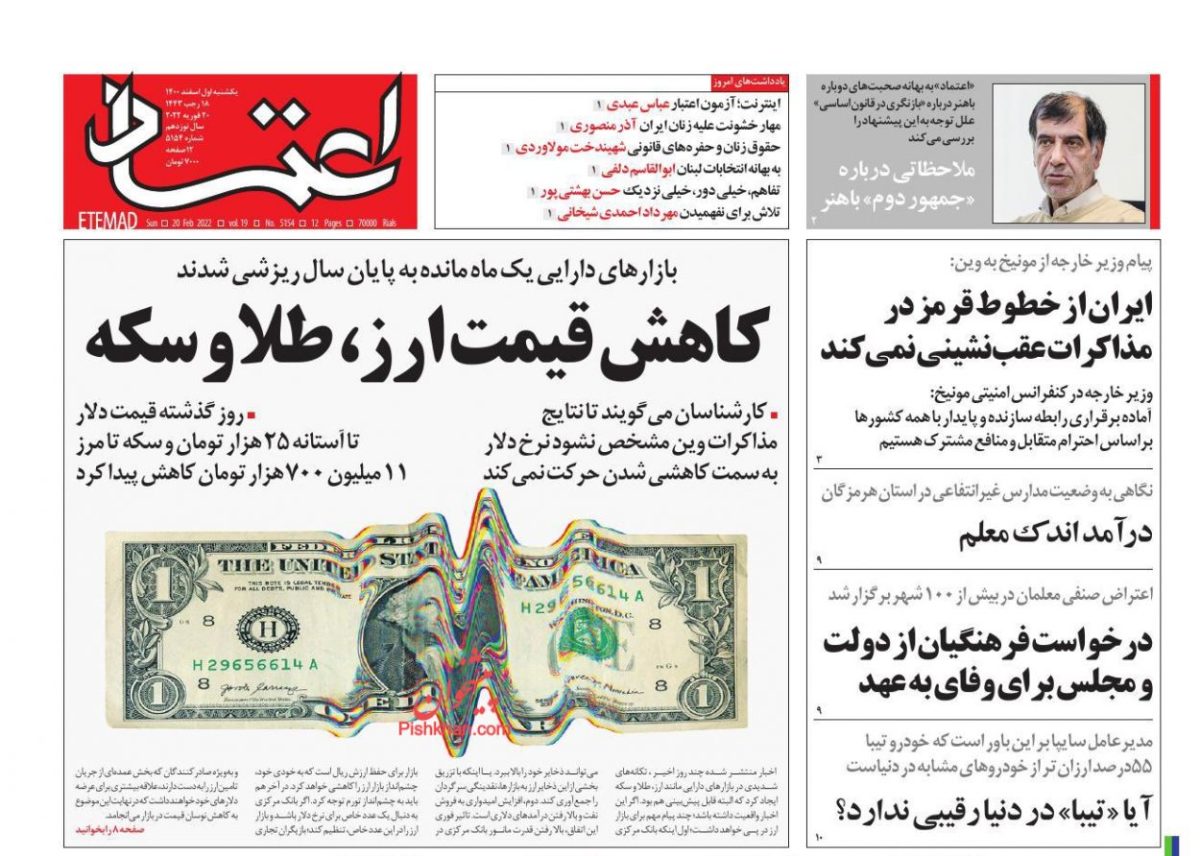 1. President: Credible guarantees should accompany the removal of sanctions 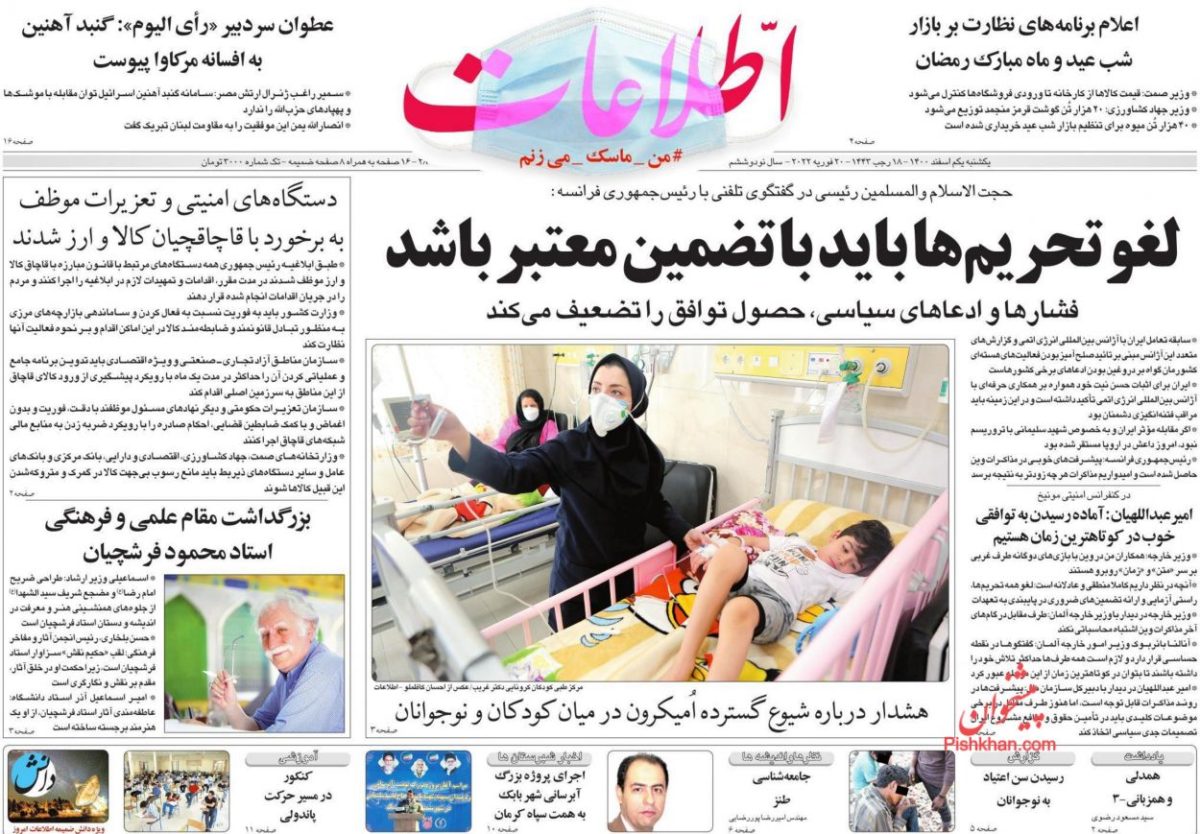 1.Iran’s serious warning to the negotiating parties In Vienna: The sanctions not in harmony with the JCPOA should be removed 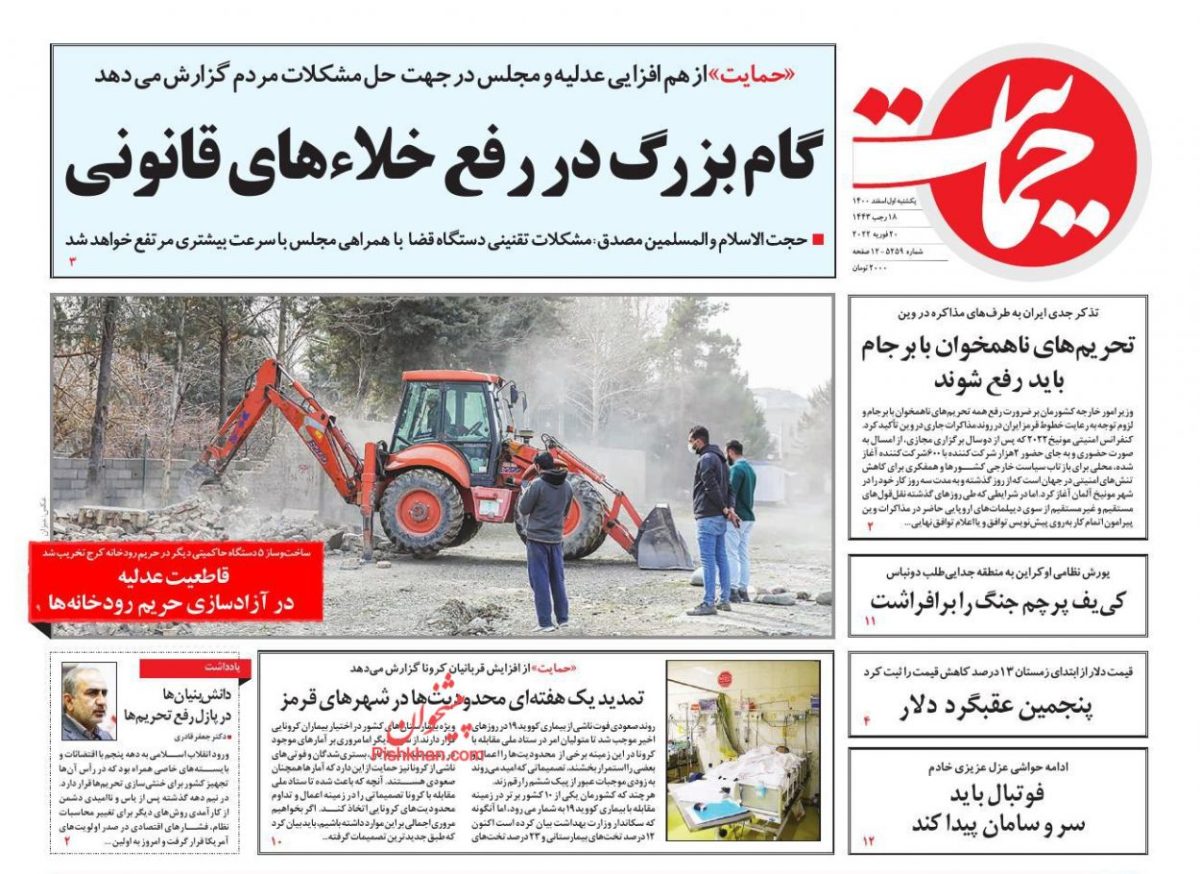 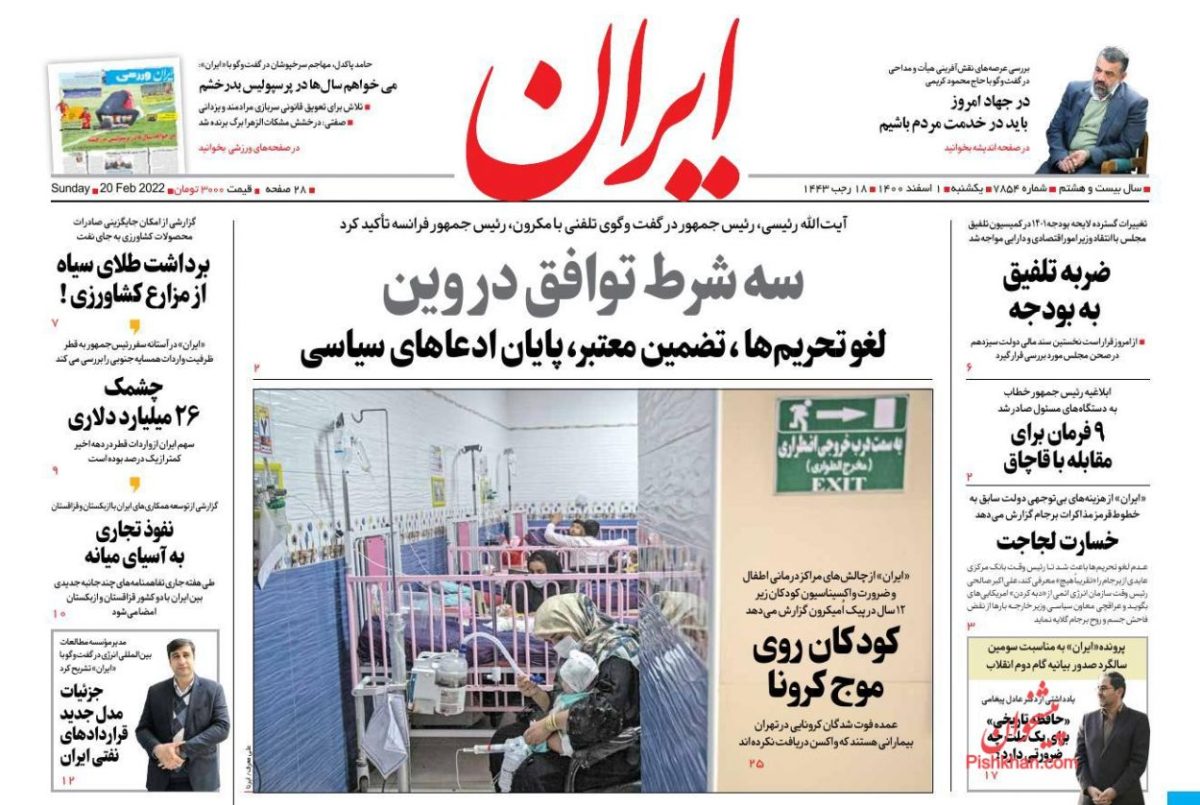 1.Vienna getting close to the fruit of JCPOA talks 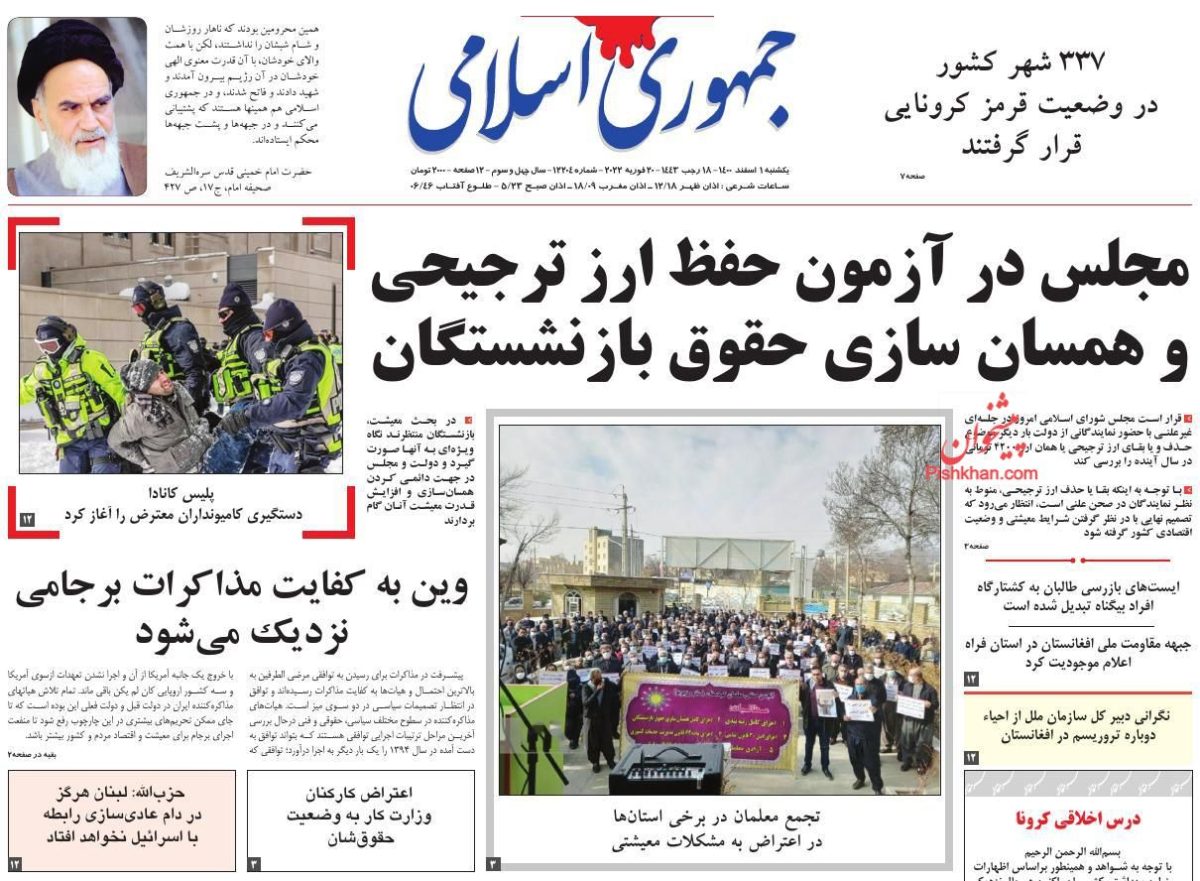 1.Iran’s definitive choice in Vienna is not crossing the red lines. 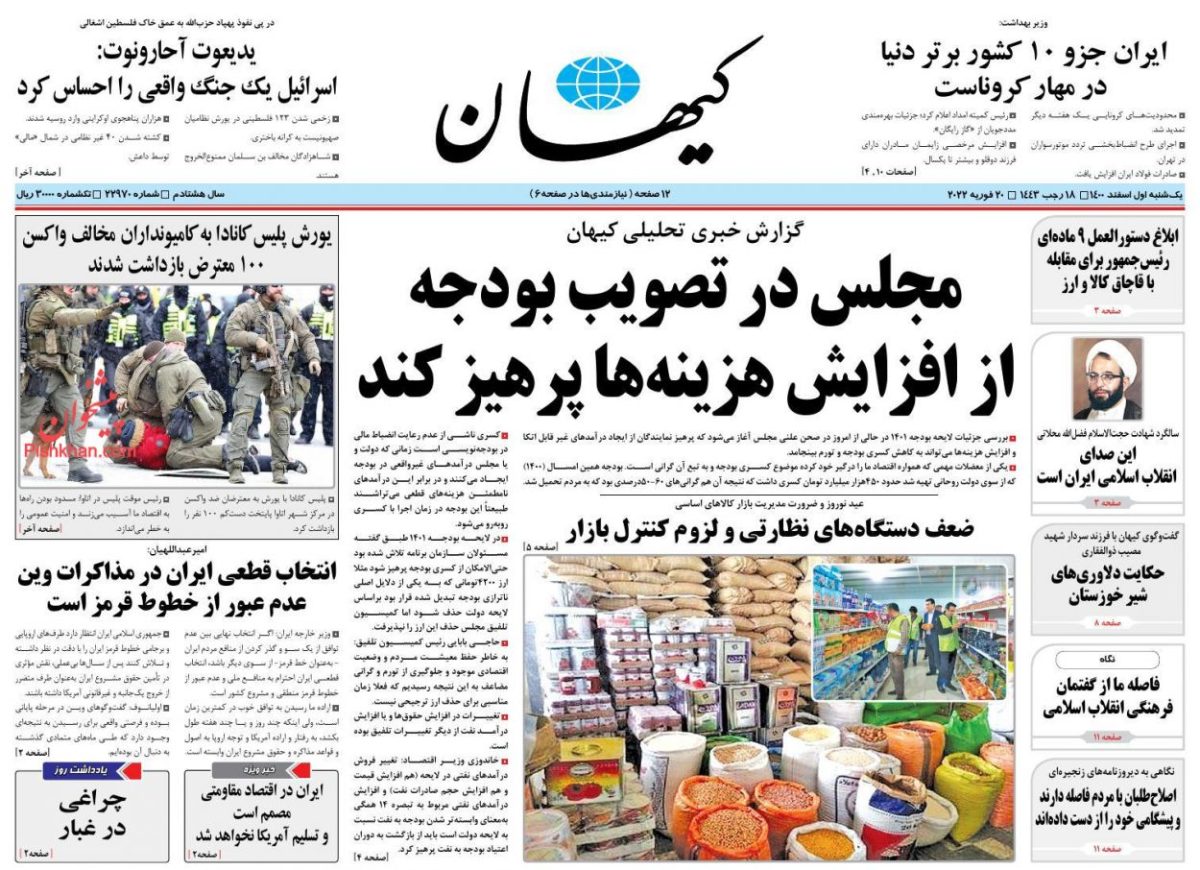 1.Amir-Abdollahian in talks with the German FM: Tehran sees the quality of the deal along with element of time. 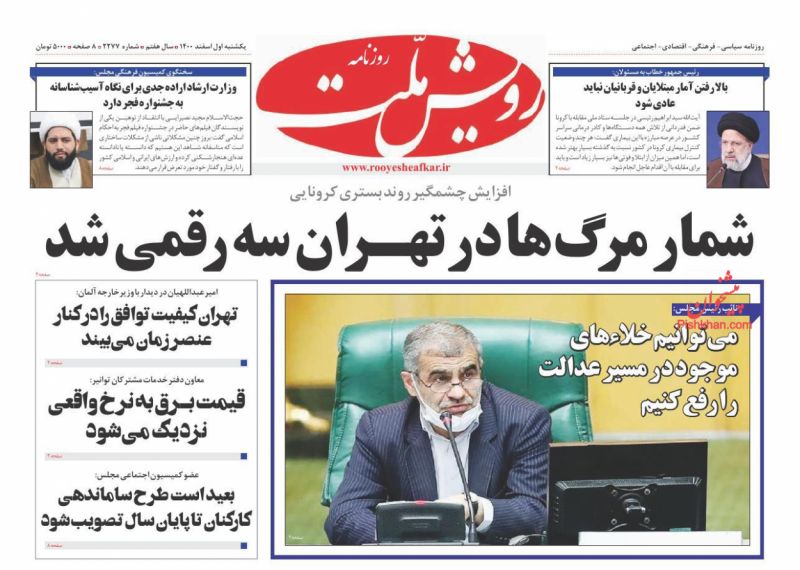 1. Possibility of a deal in Vienna maybe in two weeks

2. European sources express hope about the revival of the JCPOA. 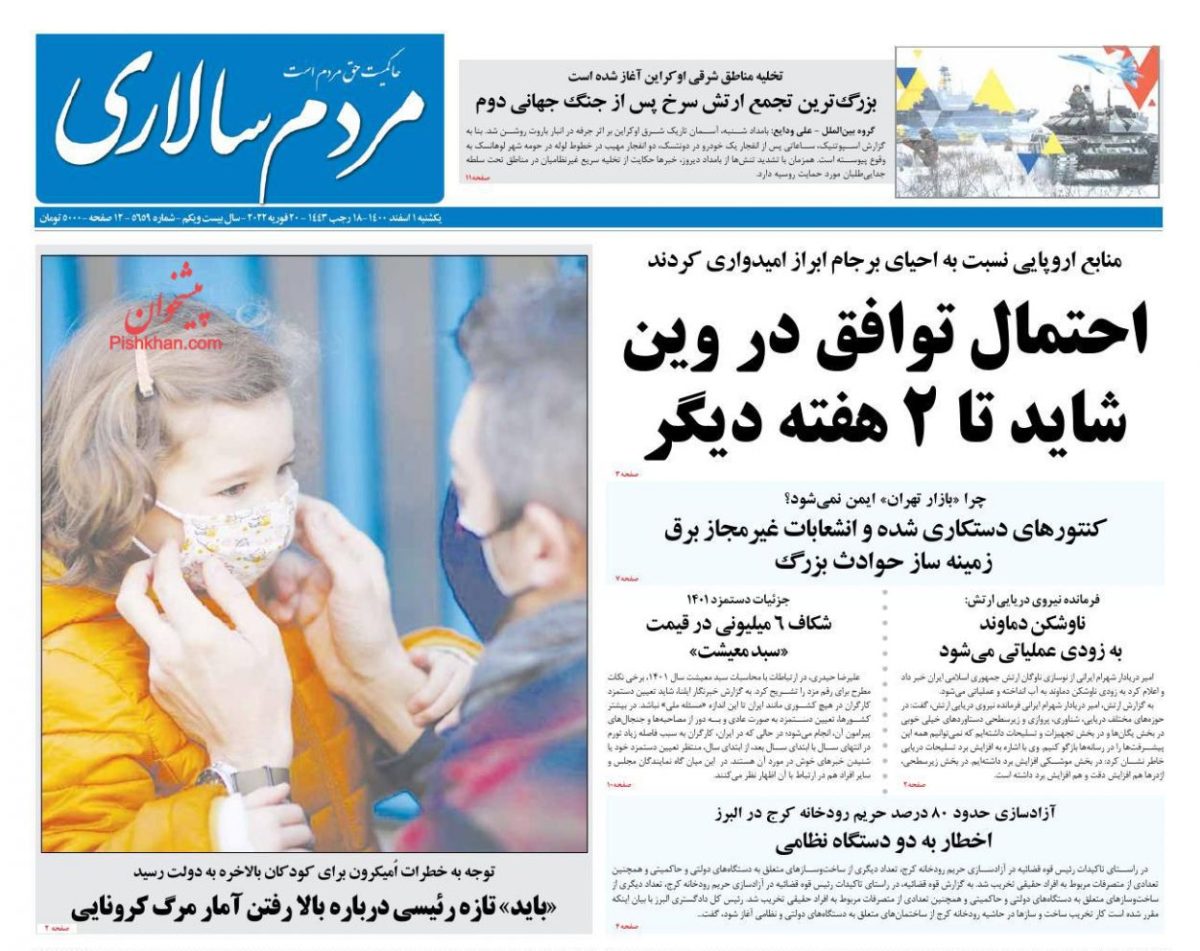 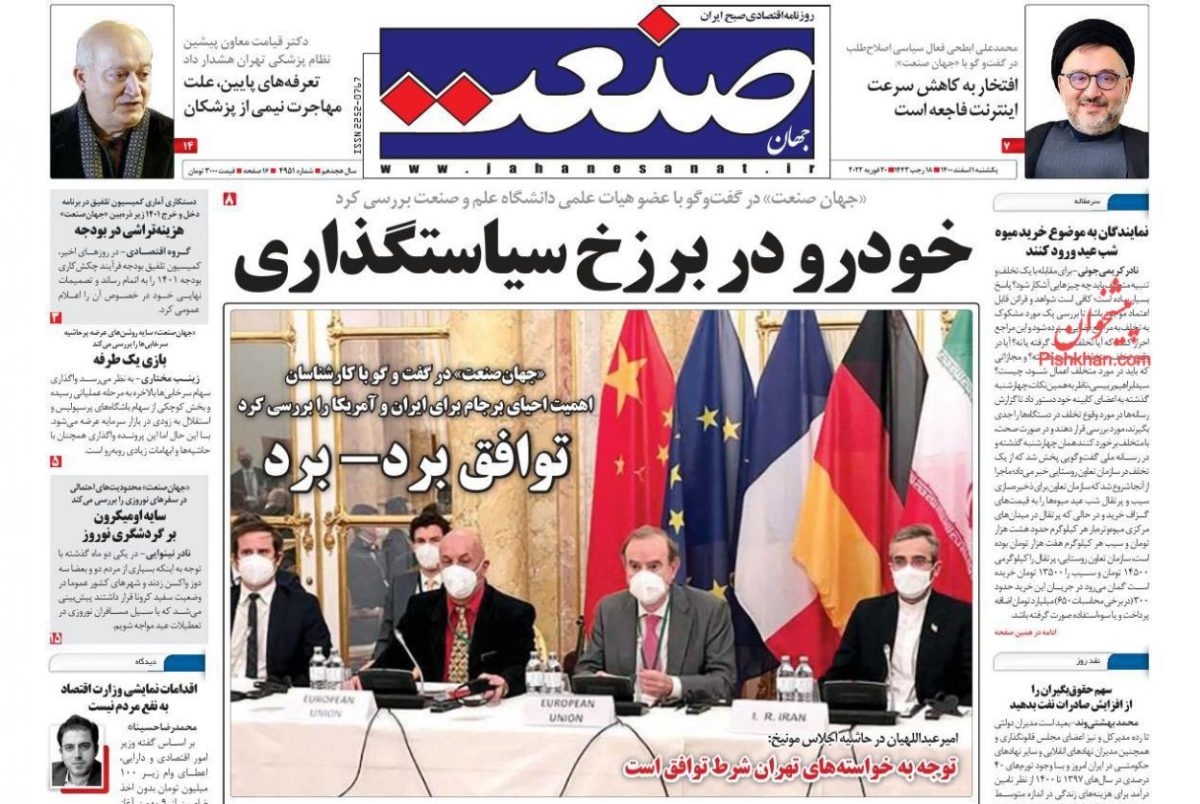 1. Ready for a deal from Munich to Vienna 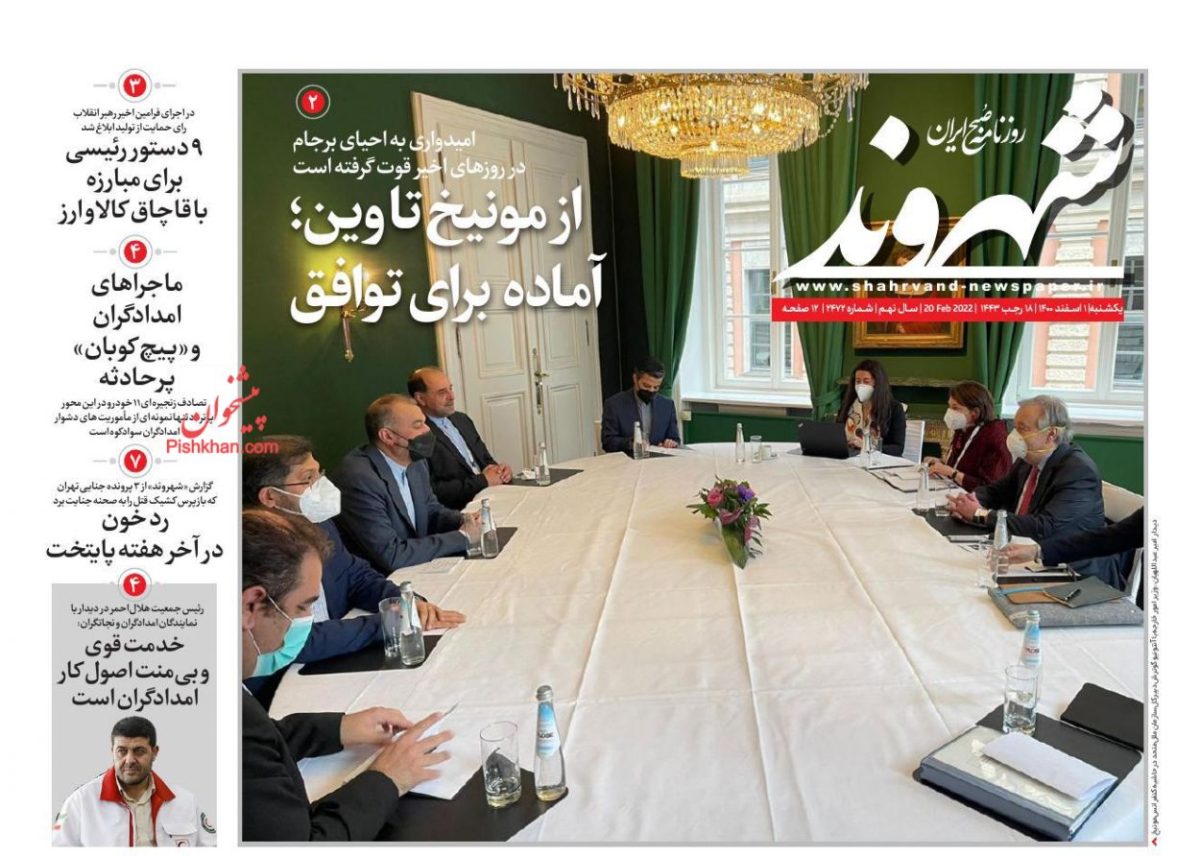 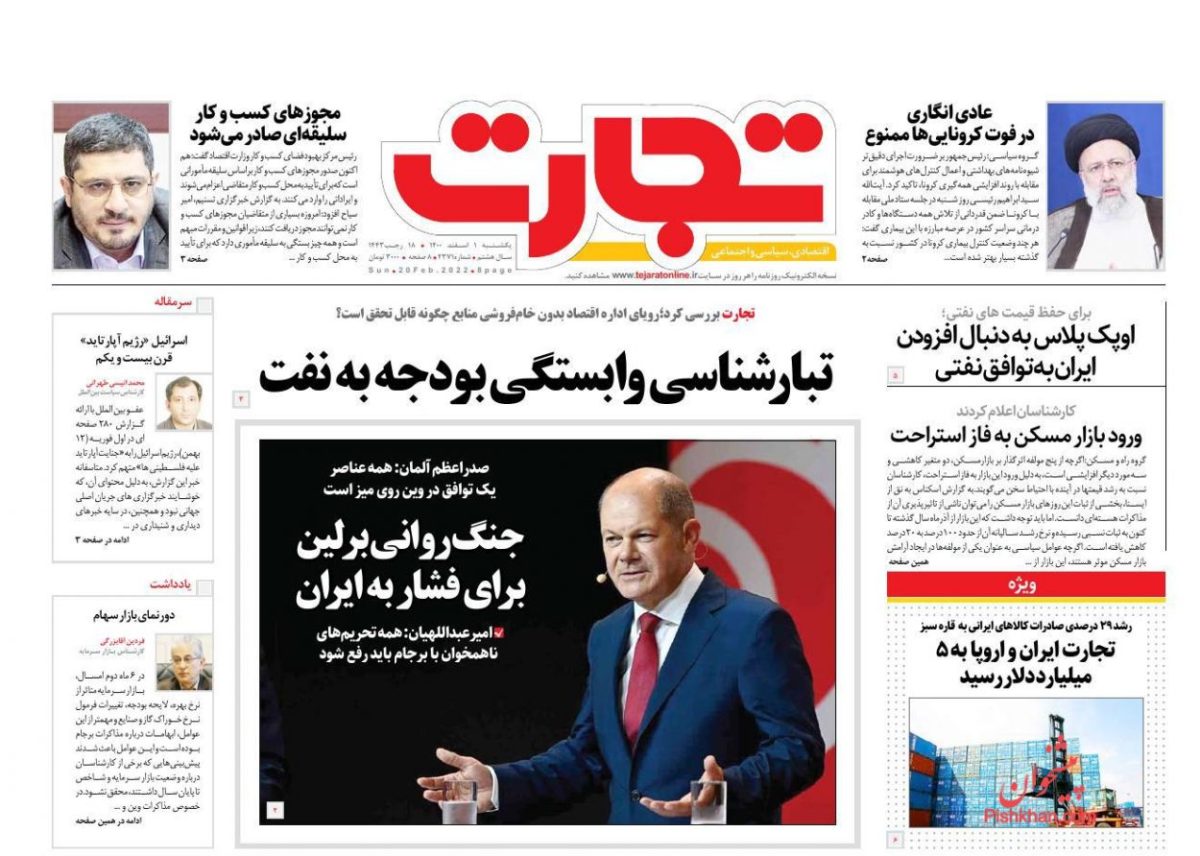