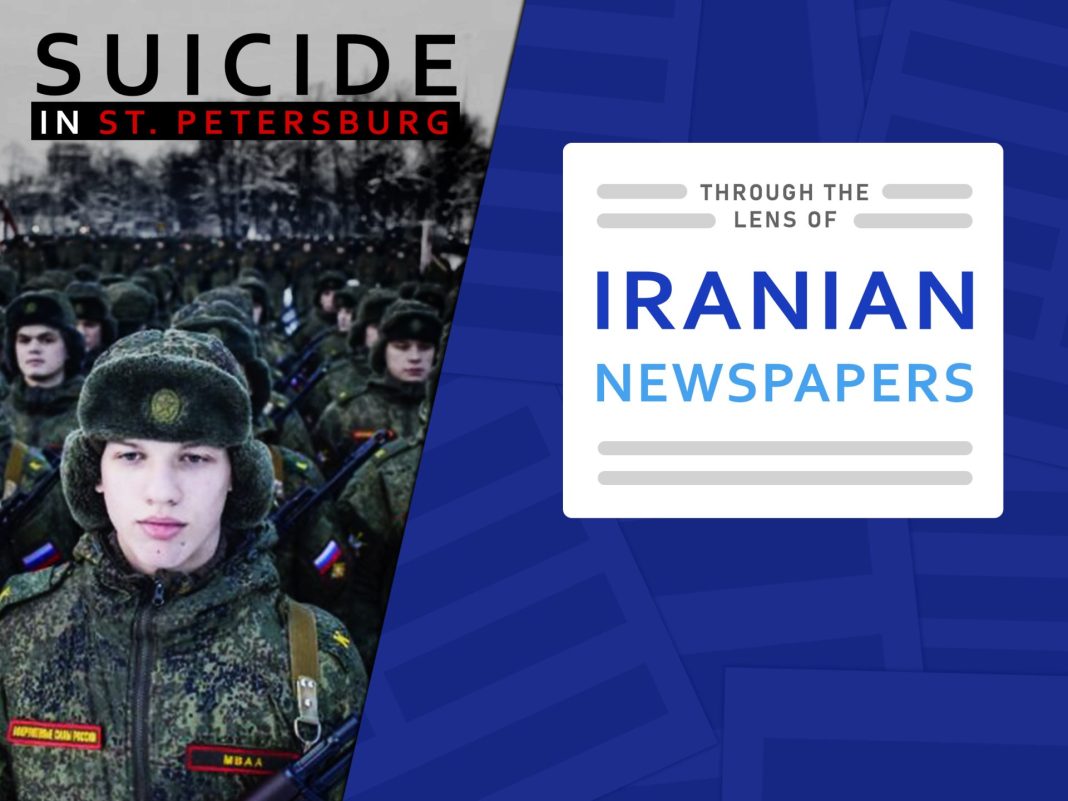 On day 5 of the Russian invasion of Ukraine, Iranian media continued dedicating their headlines to the latest developments on the ground in the ex-Soviet republic. Some of them have also run analyses on the impact of the conflict on the Vienna talks between Iran and the P4+1 group. 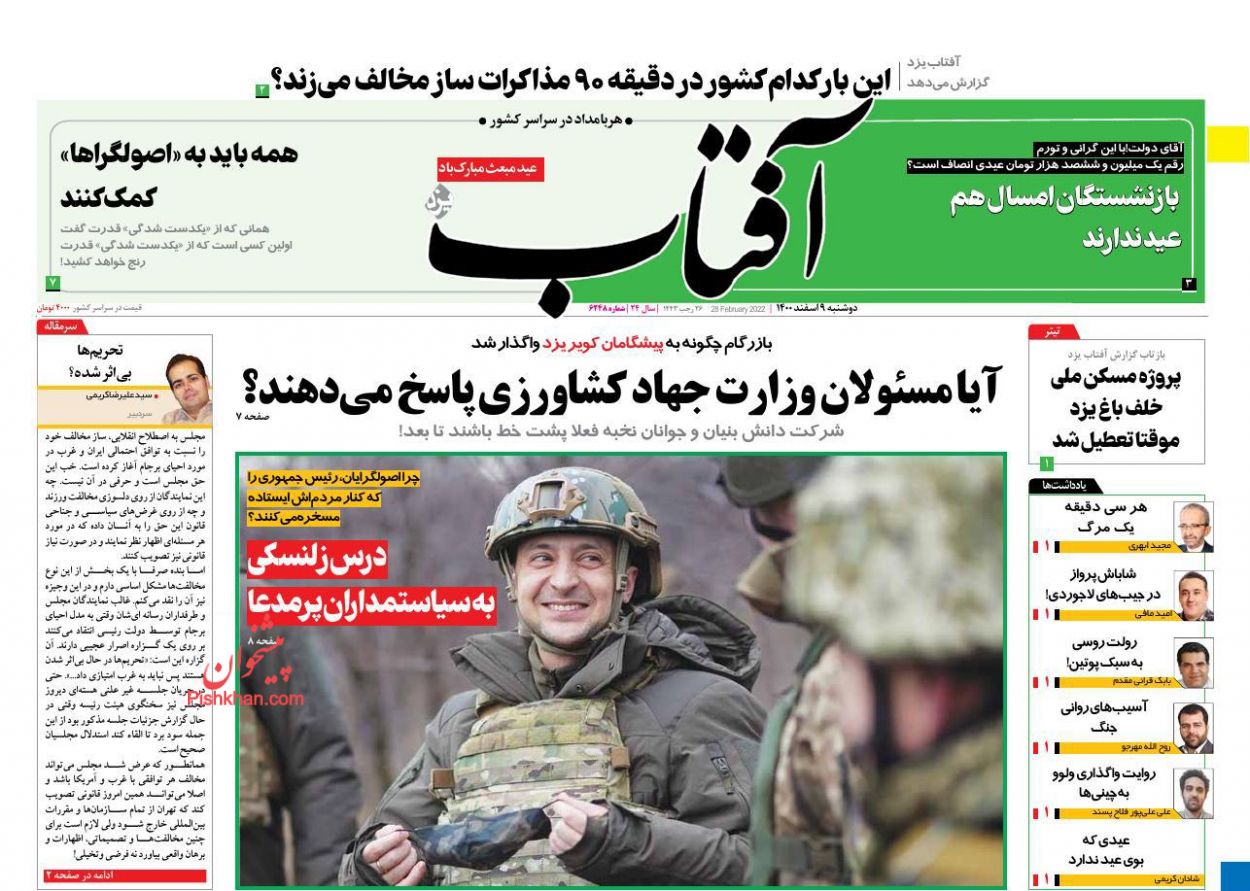 The chief financial officer of Russia’s energy giant, Gazprom, the world’s largest natural gas company and Russia’s largest in terms of revenue, has committed suicide in St. Petersburg. This shows the depth of the impact of the Ukraine war and harsh sanctions against Russia and Russian companies.

2-Putin facing a dilemma: Accepting the costs of sanctions or diplomacy? 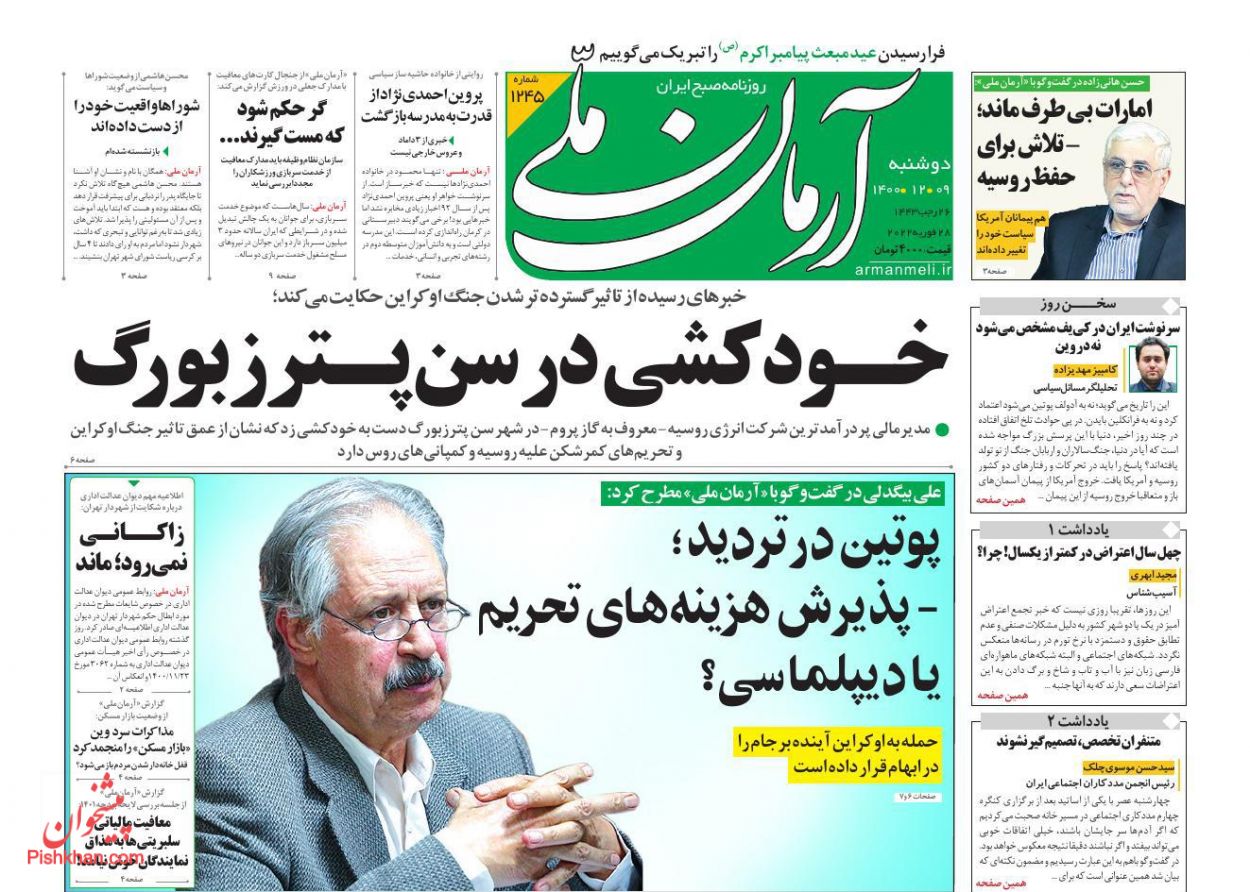 2-Saifol Reza Shahabi: Is Russia’s invasion of Ukraine the denial of a historical reality or falling into the trap of the United States and NATO? 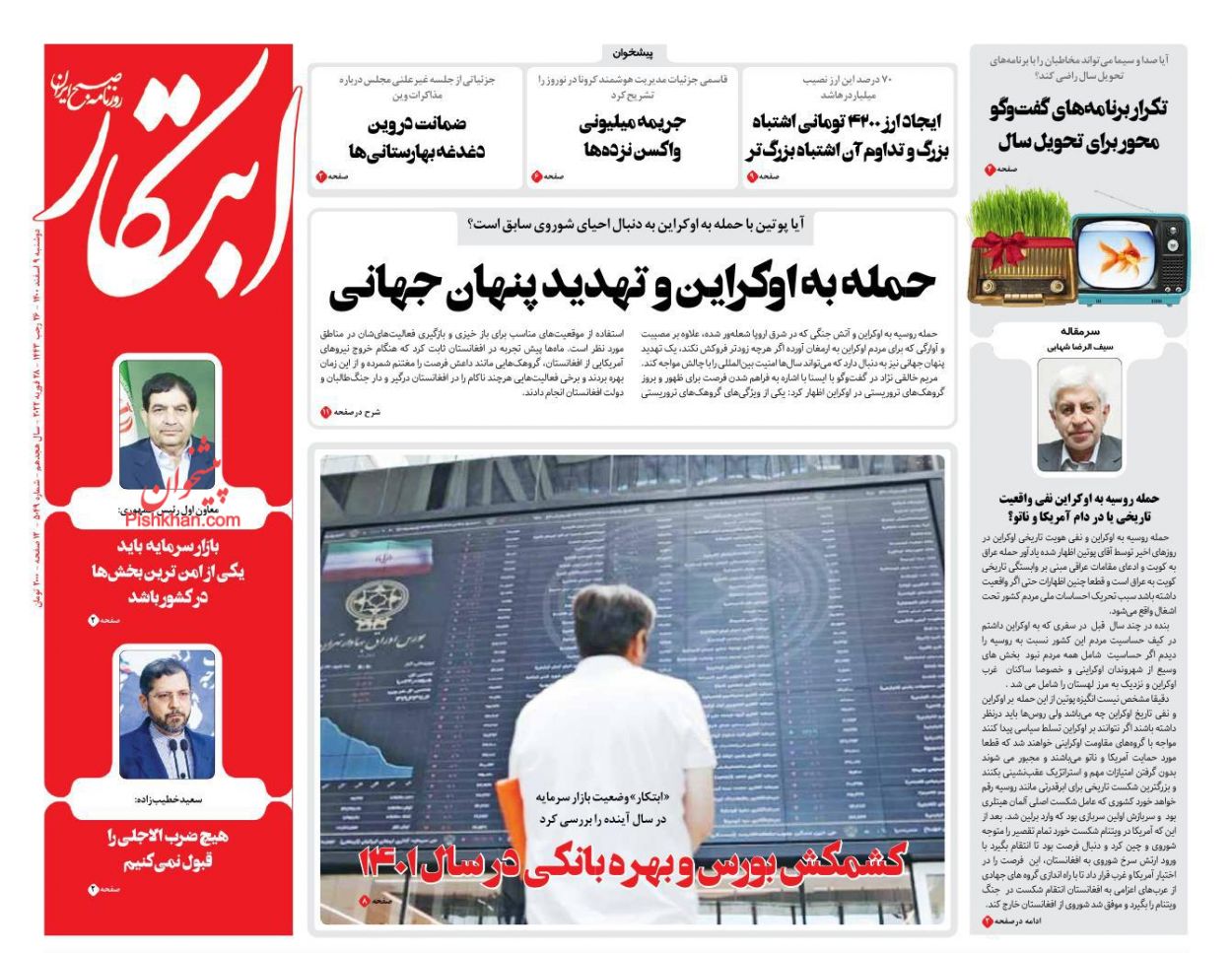 1-The situation of Iranians in Ukraine 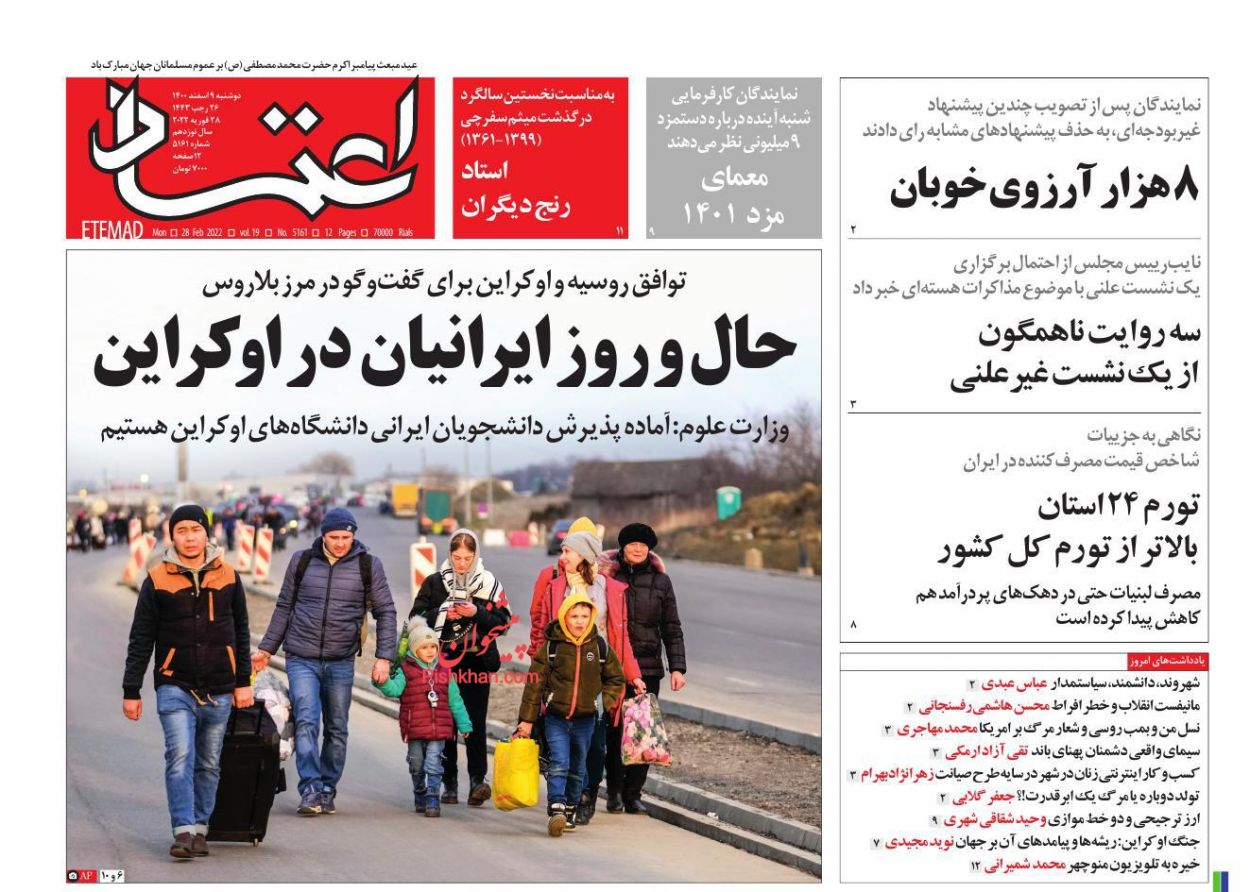 1-Negotiations in Russia’s backyard
2-Why is the West to blame for Ukraine’s crisis? 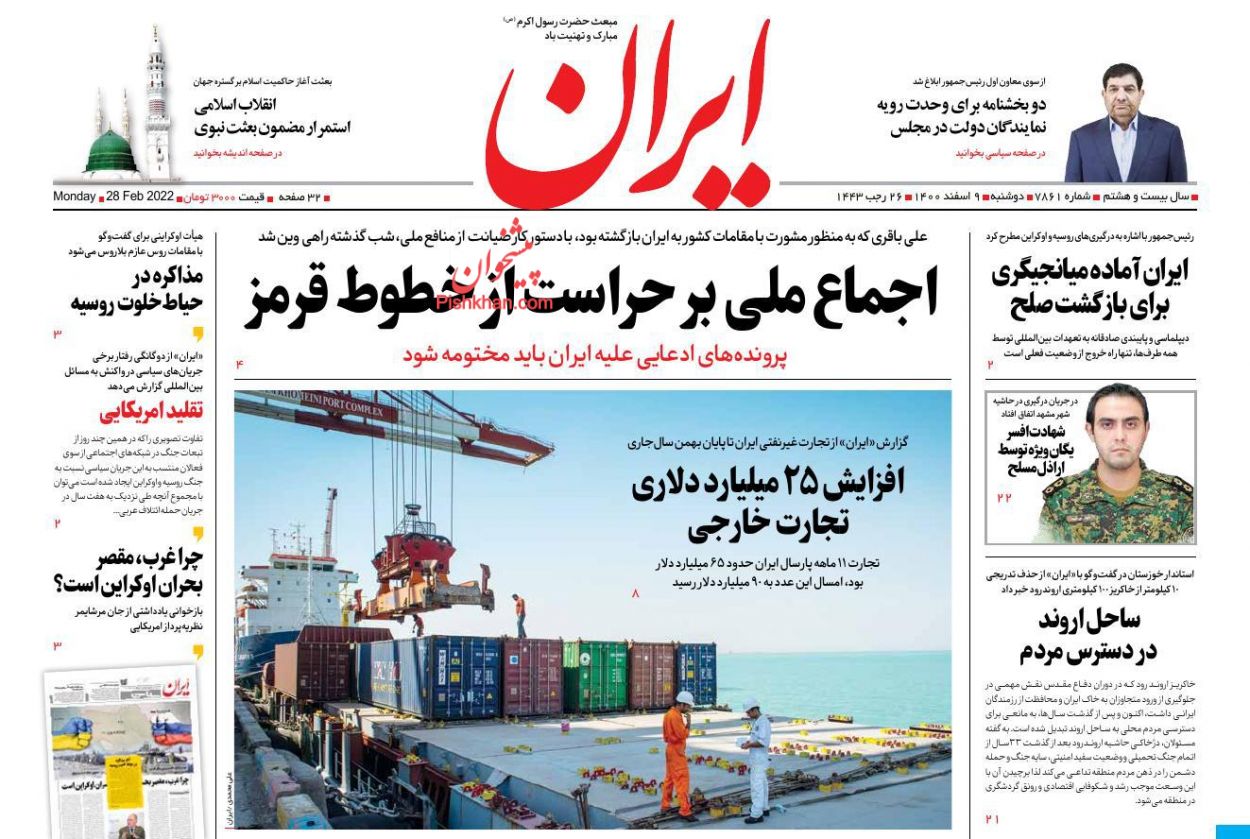 1-Footprints of negotiation on the battlefield 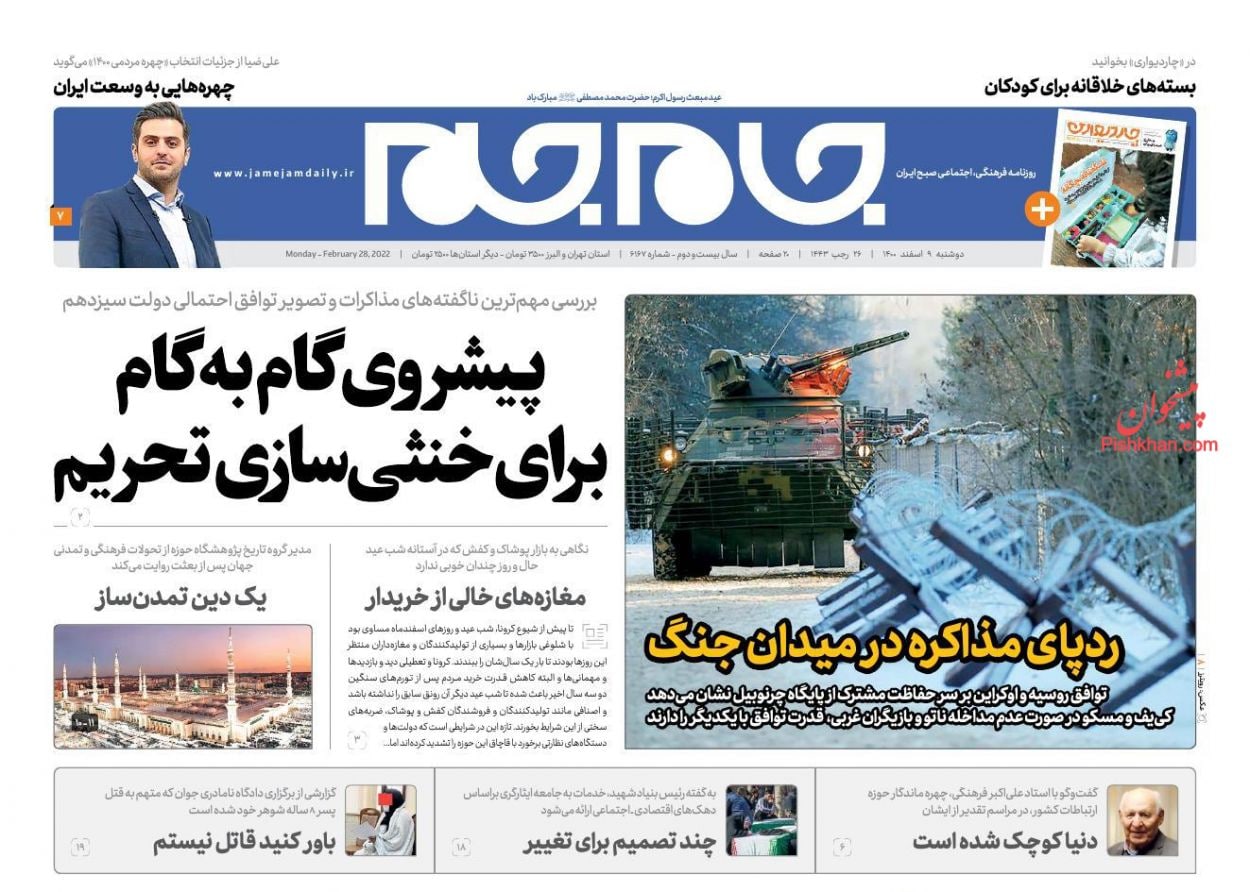 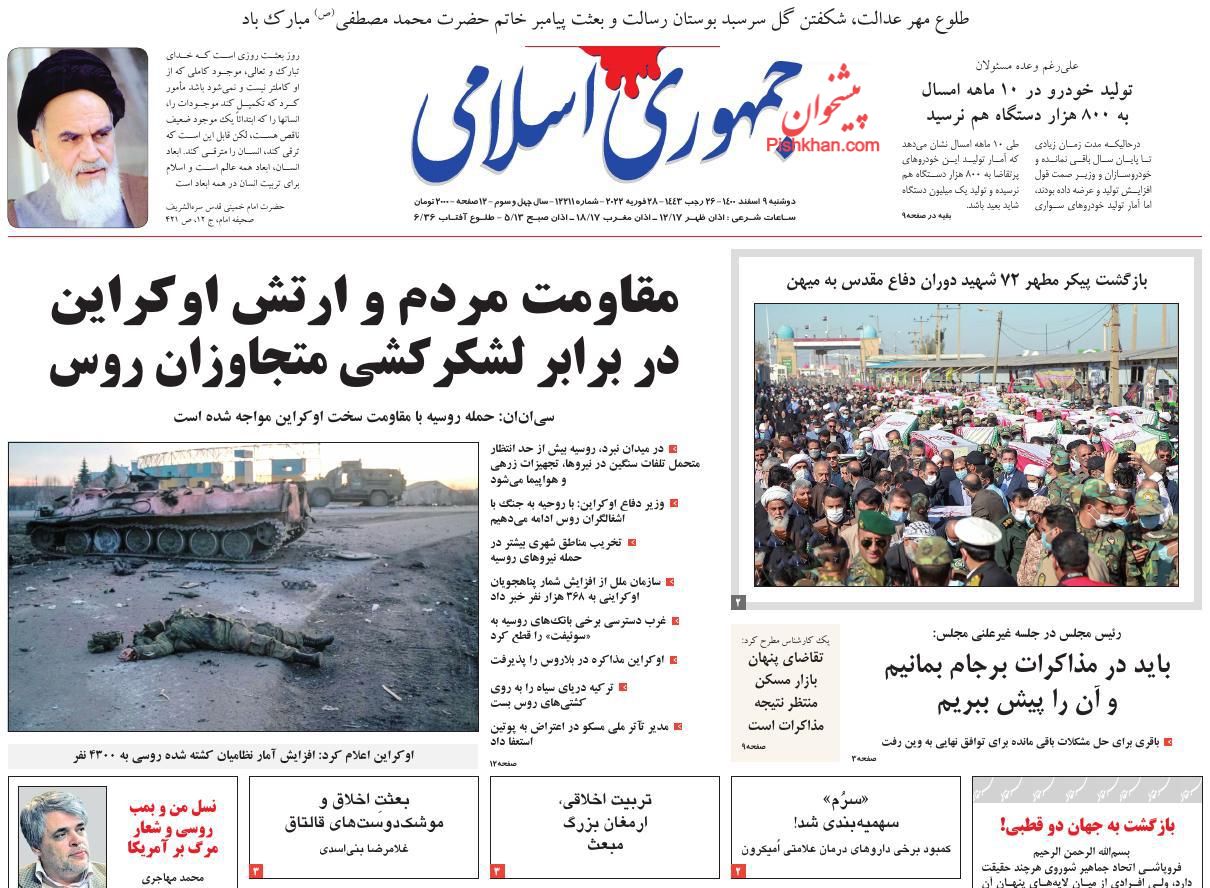 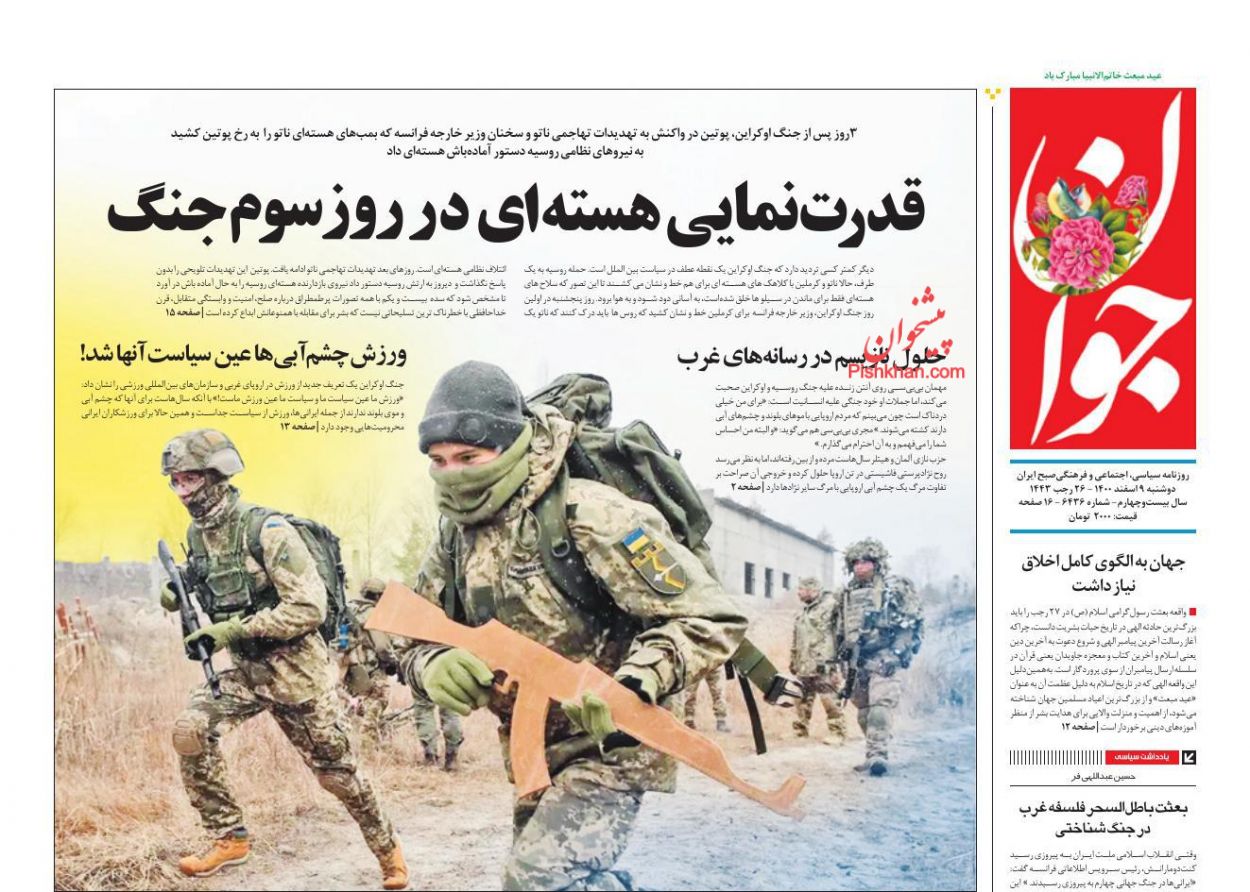 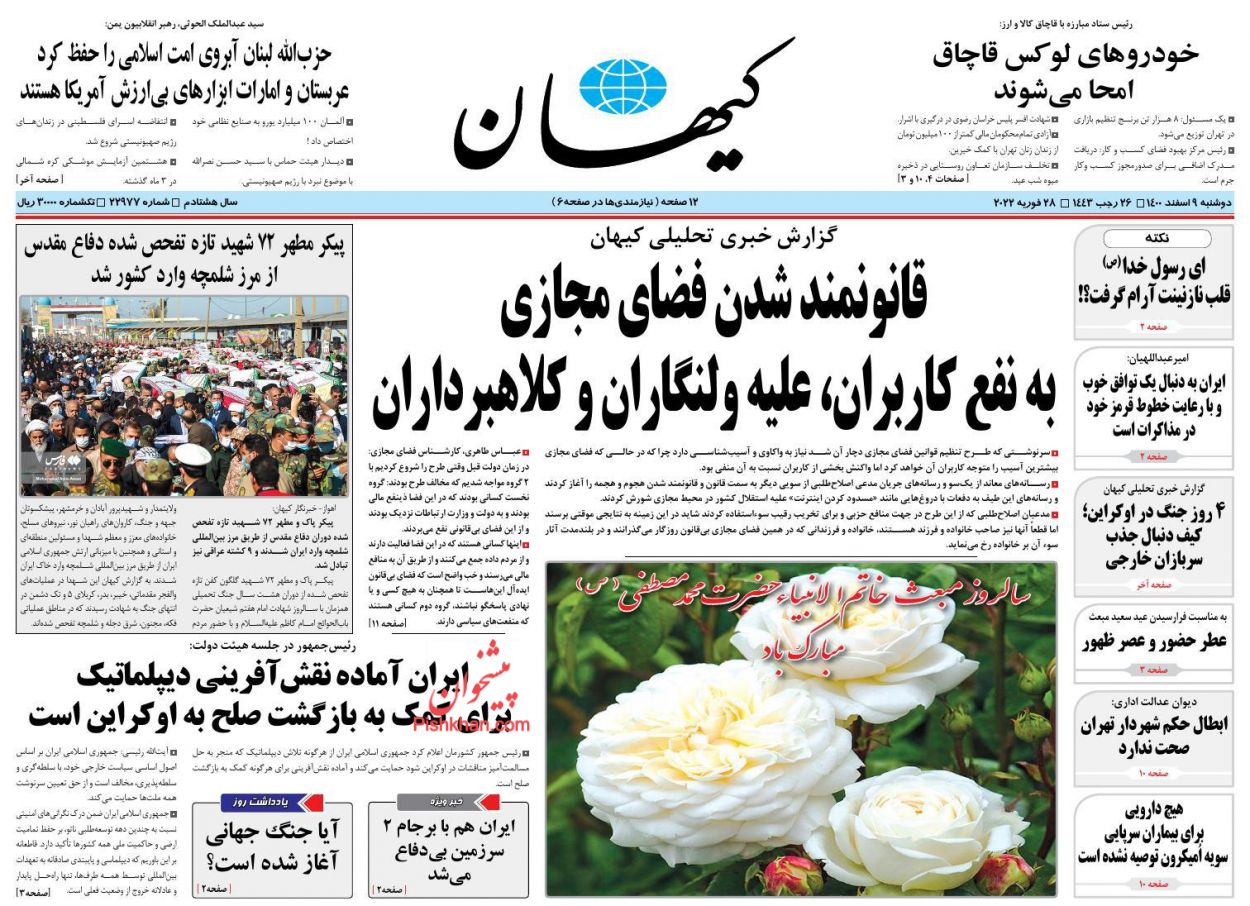 1-Vienna on verge of agreement or deadlock? 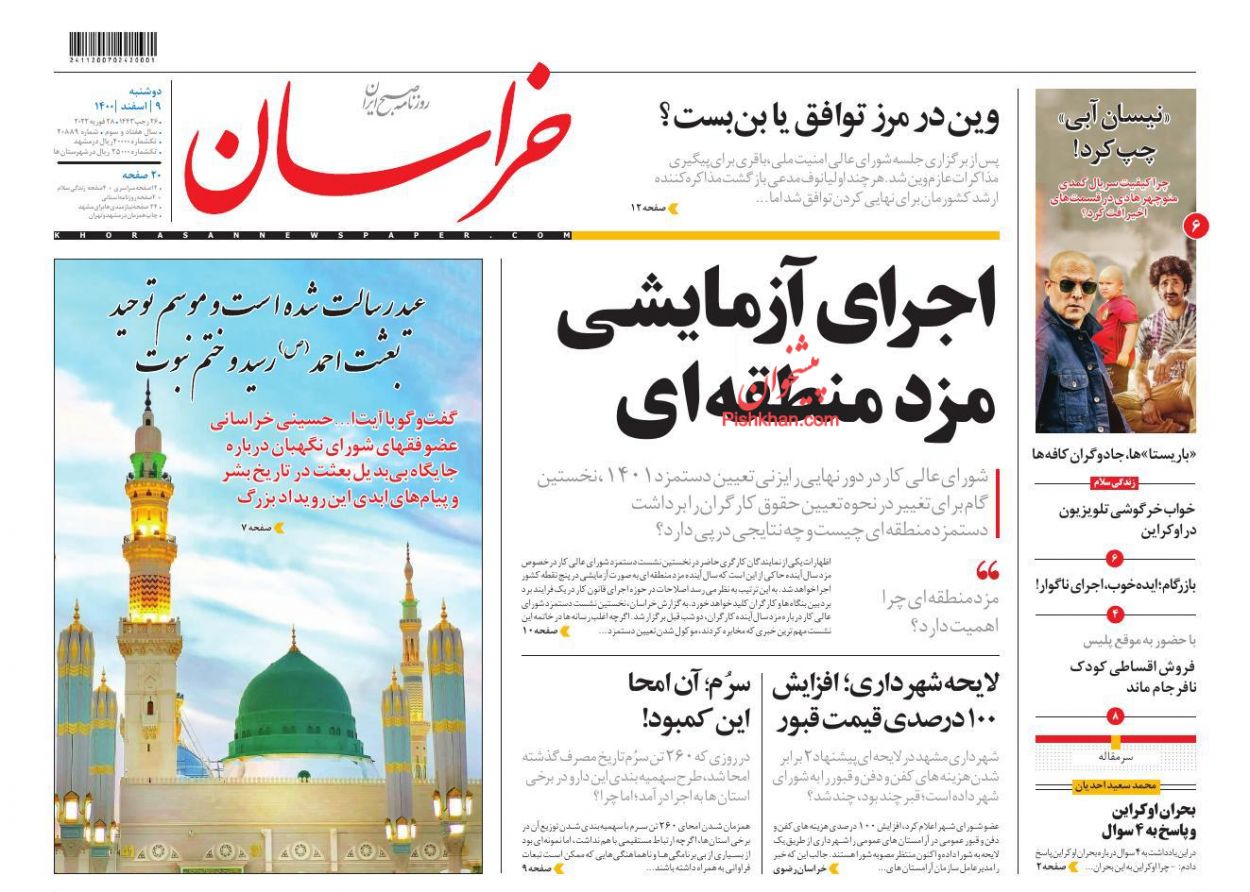 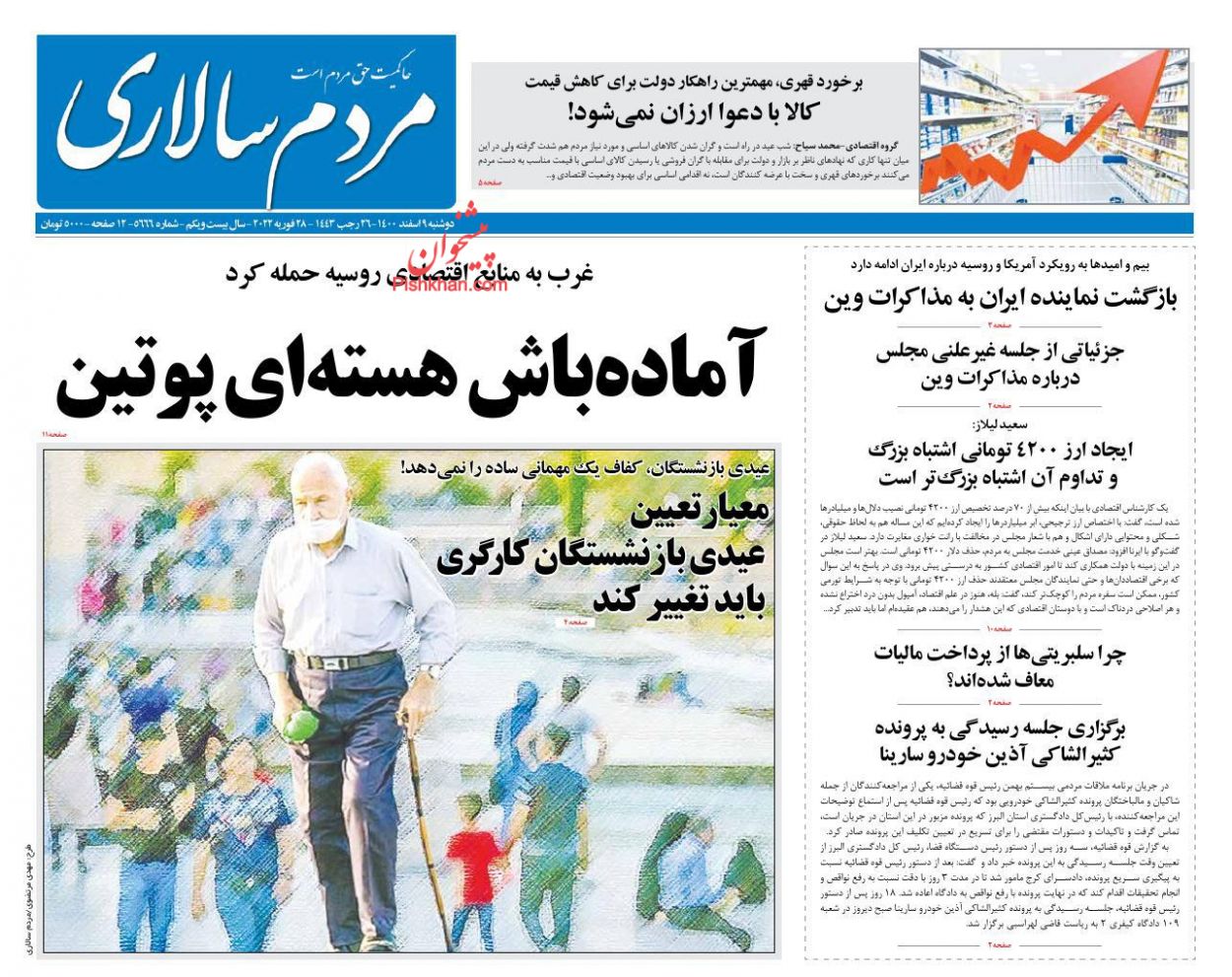 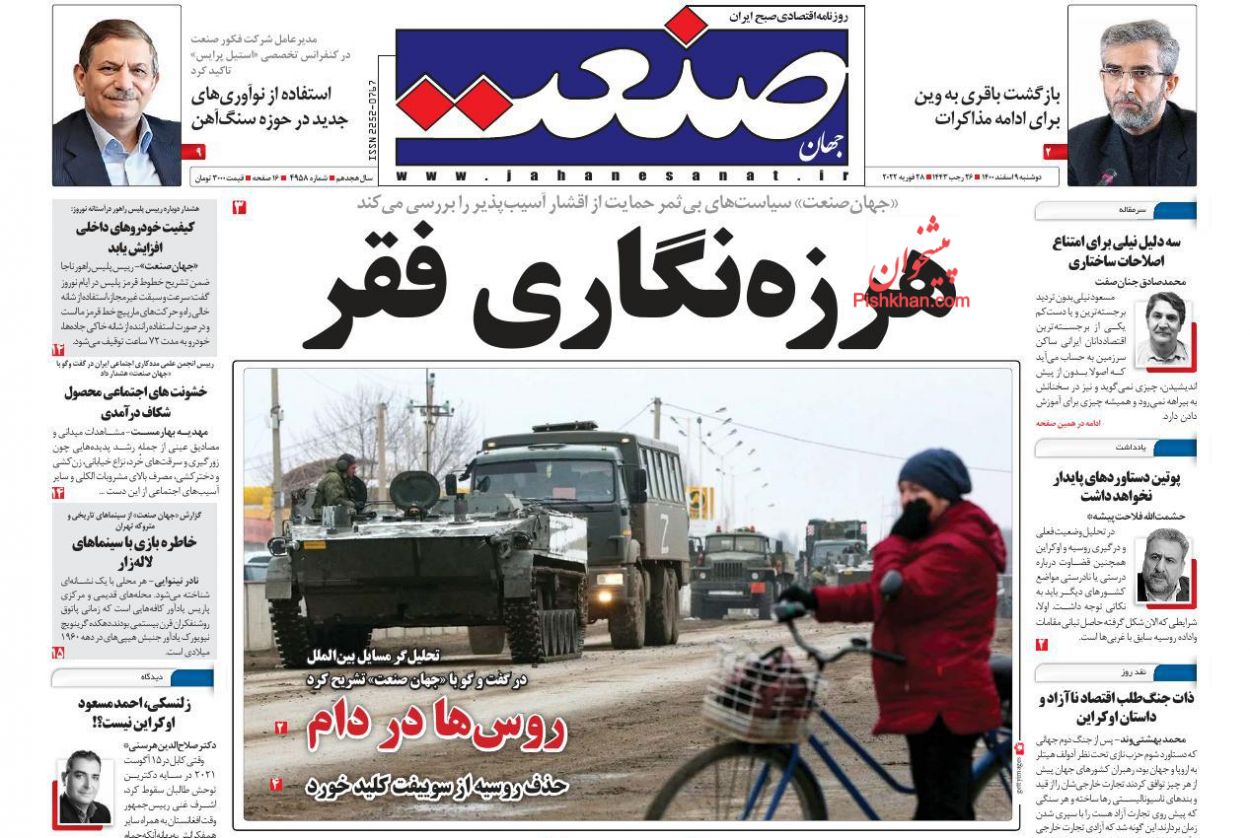 1-Putin in quagmire
• Ukraine gets inundated with arms 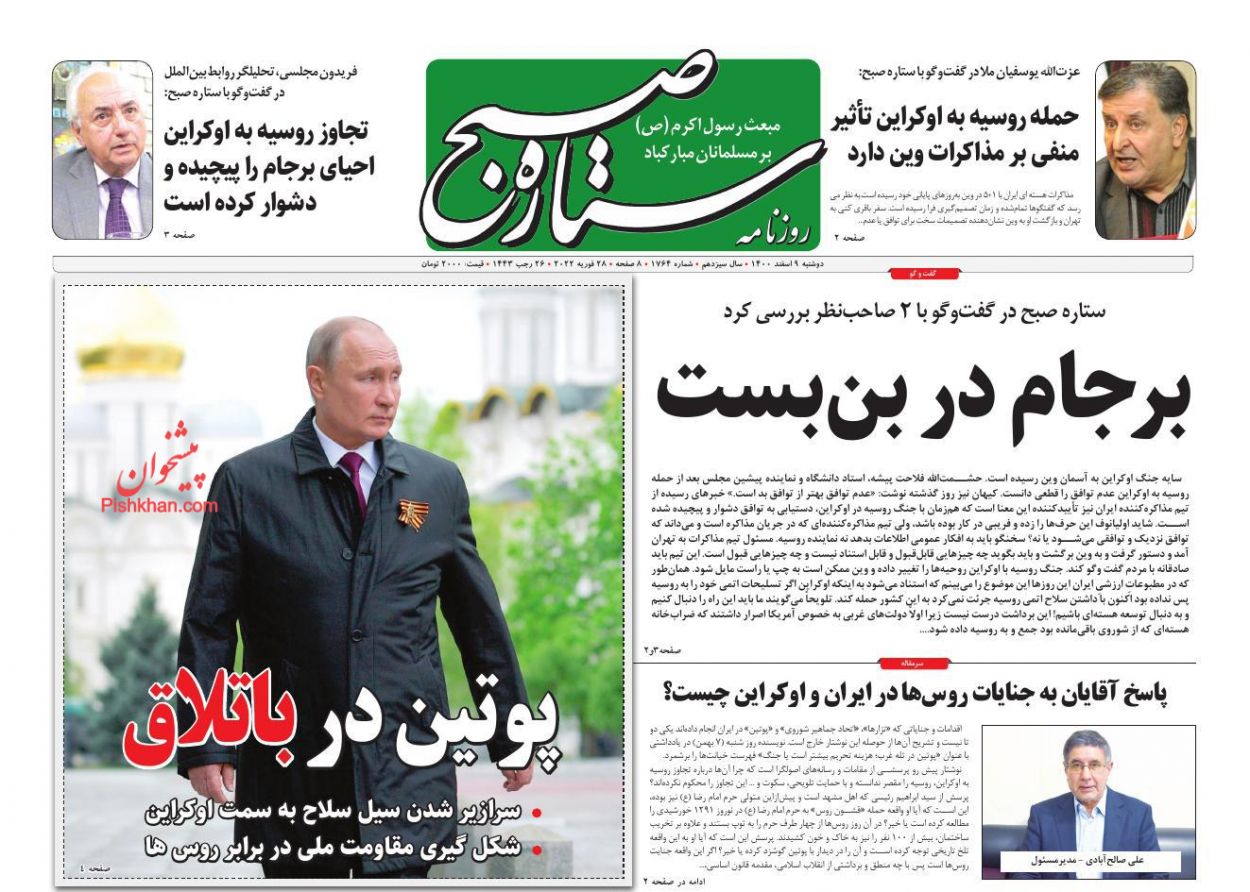 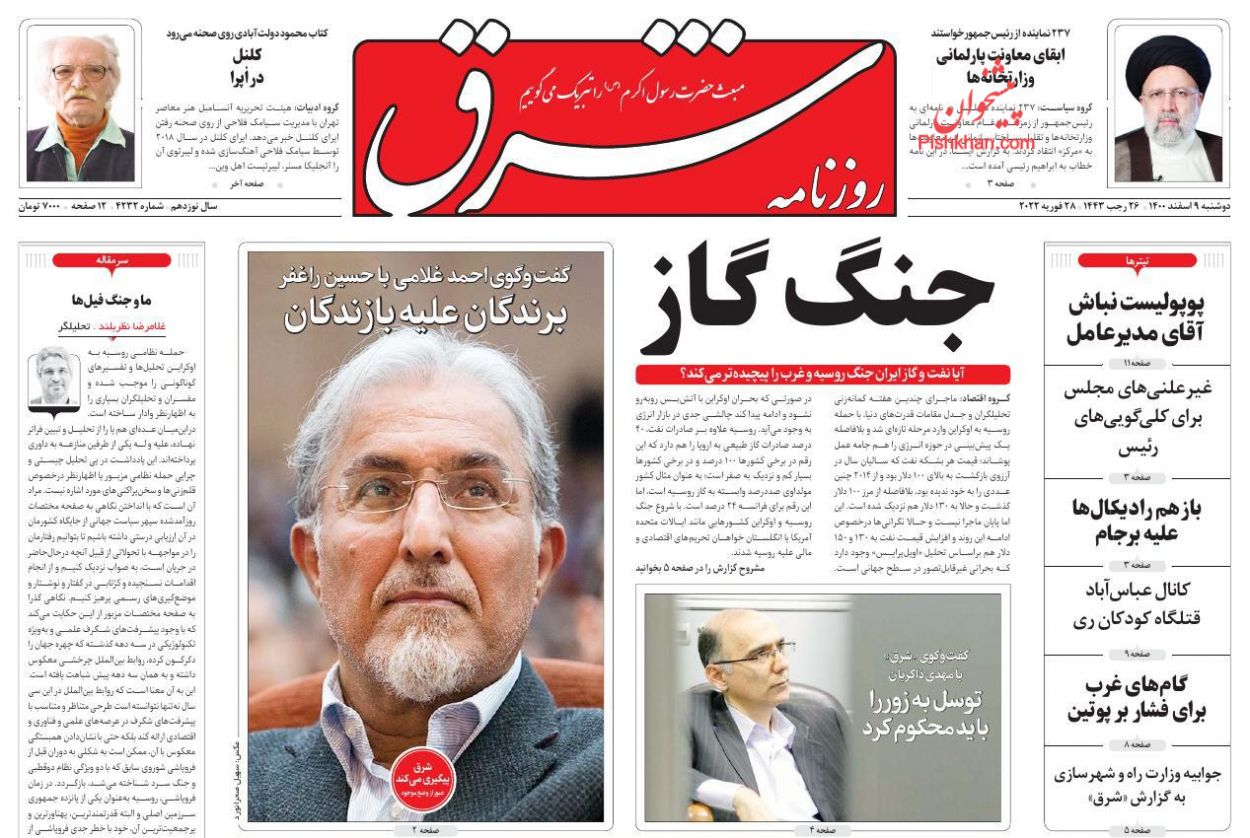 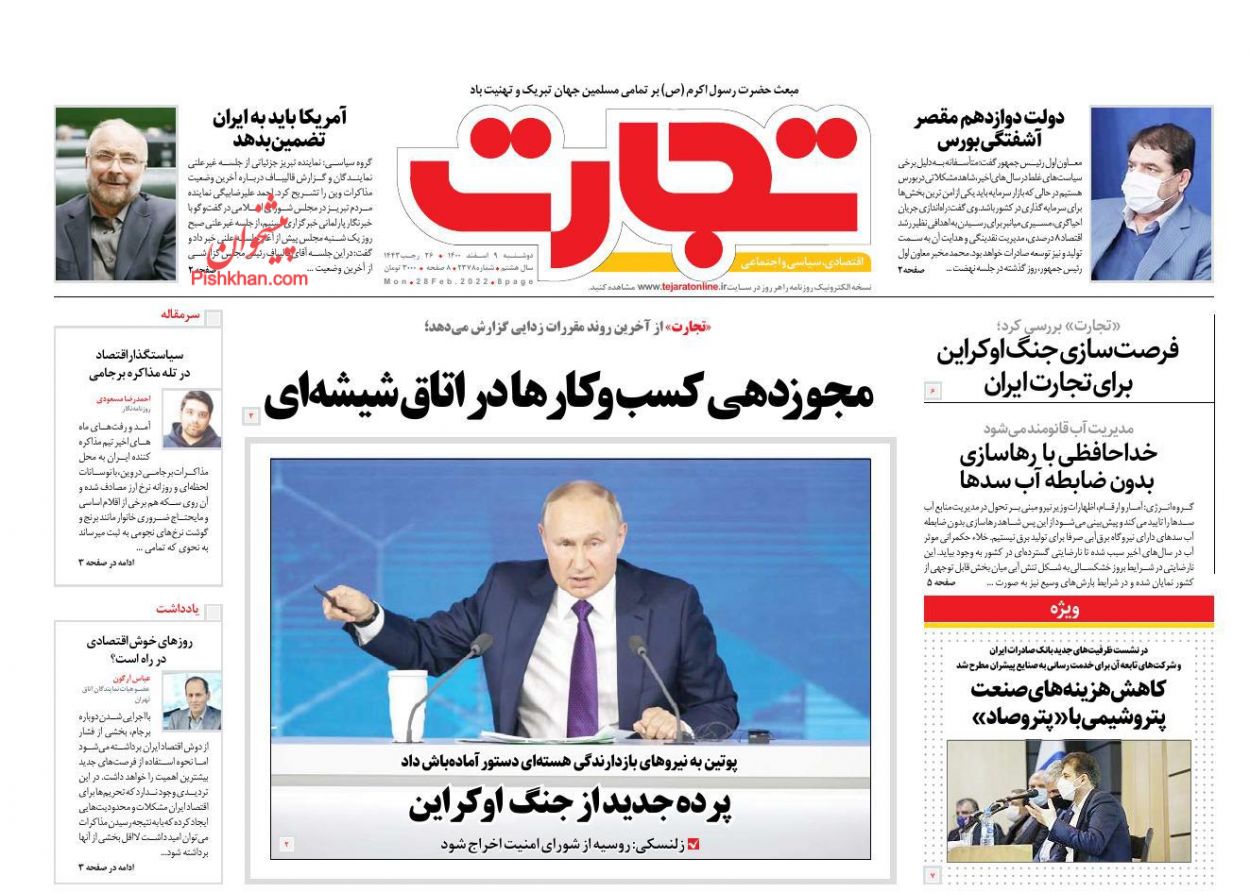 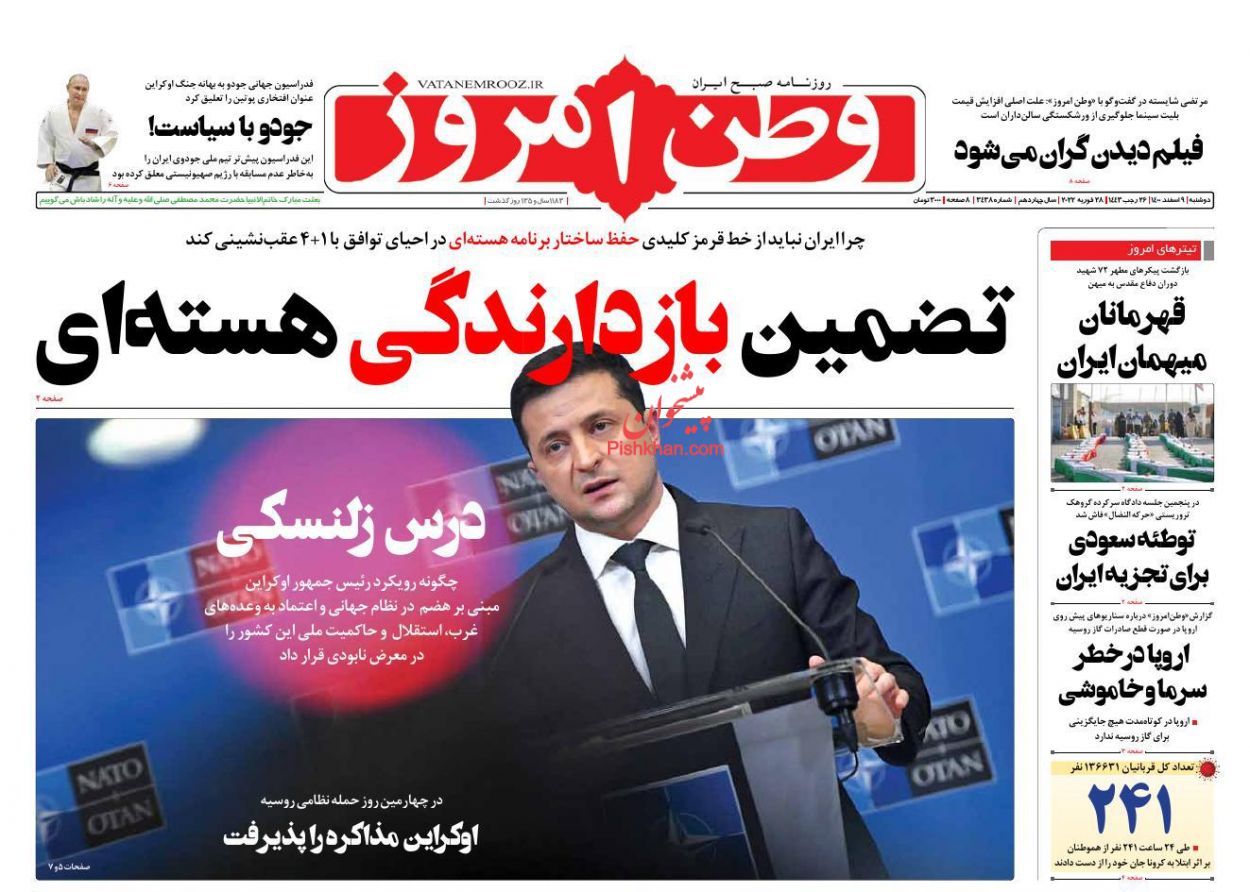