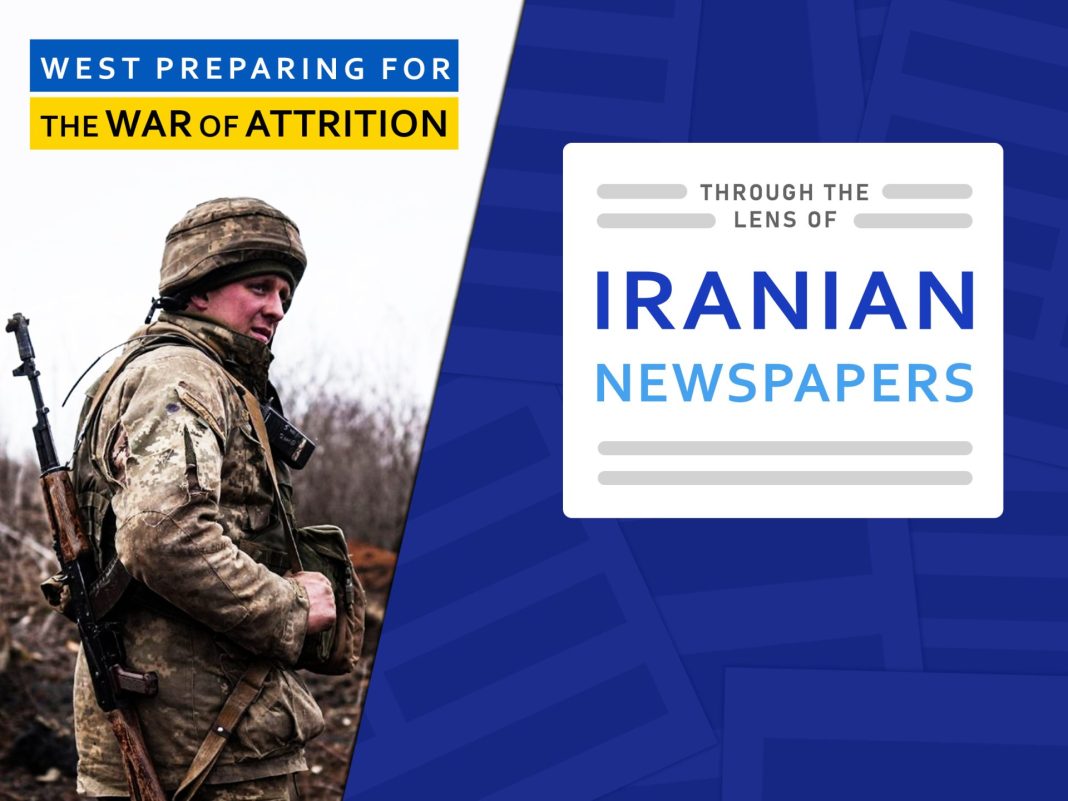 Four days into Russia’s all-out invasion of Ukraine and occupation of part of the country’s territory, the developments concerning the military move – which is dubbed the largest post World War II military conflict – keeps making headlines and appearing on analyses in Iranian media. Here is Iran Front Page’s look at how Iranian media are covering the story. 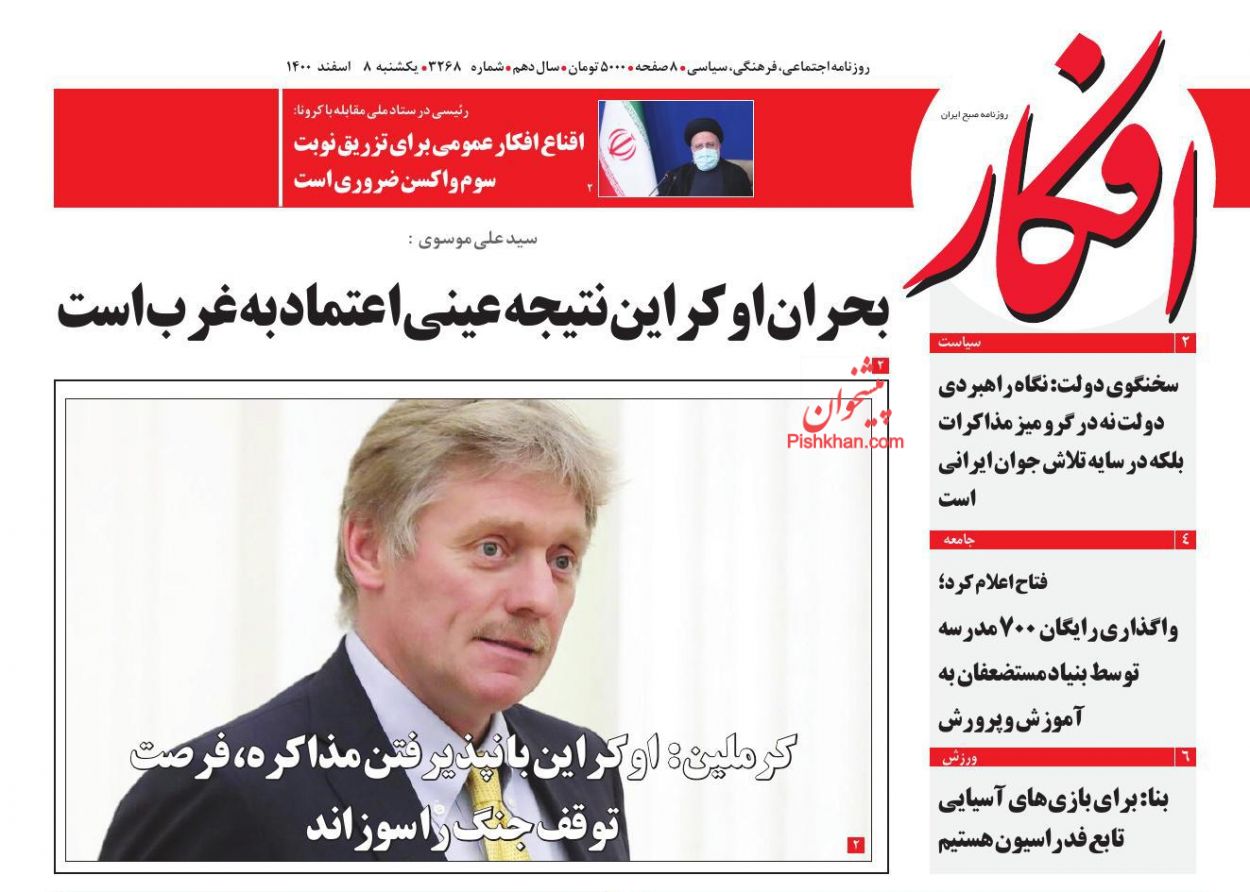 1. Mollazehi, the international affairs analysts, answering Aftab-e-Yazd on whether Beijing will attack Taiwan: China is not Russia – Taiwan is not Ukraine, either. 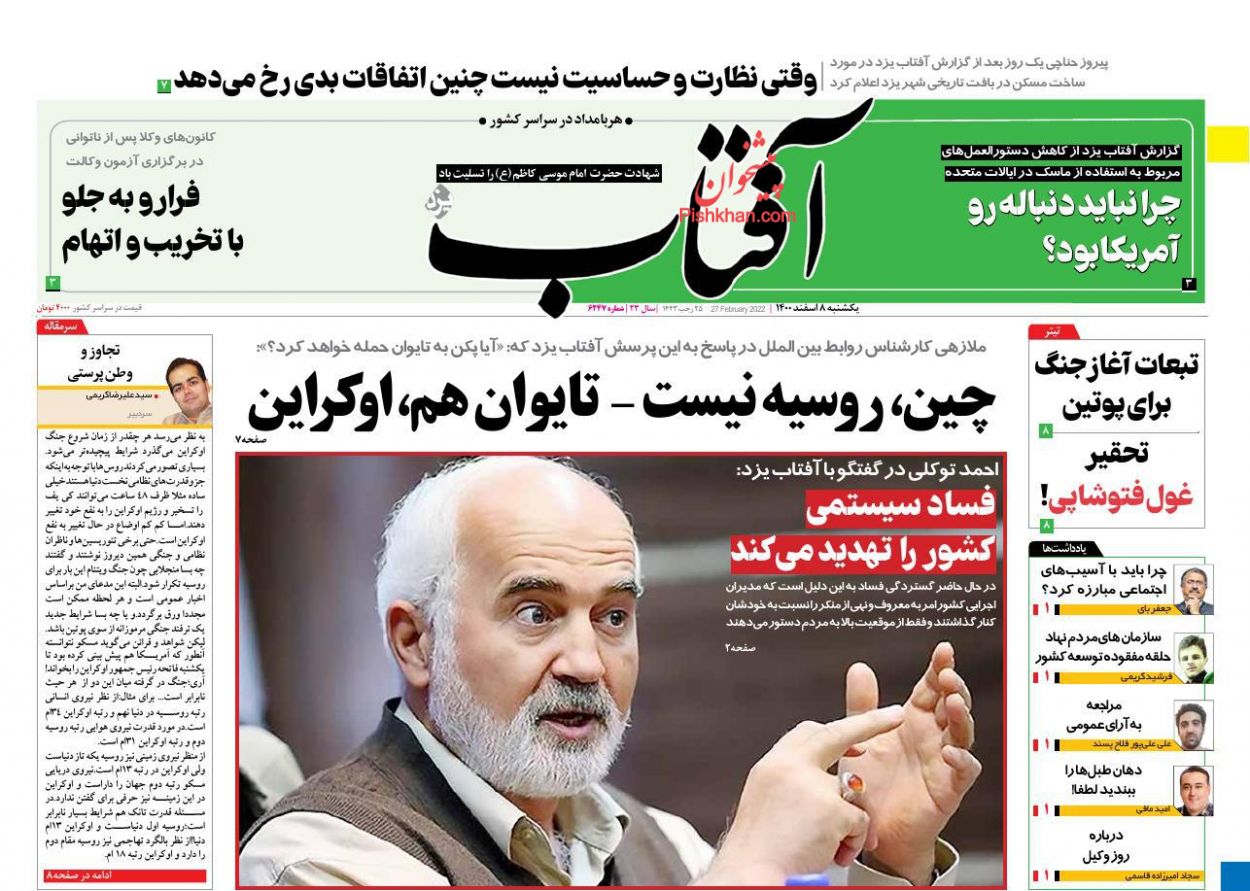 1. Possibility of ceasefire increased
2. Falahat Pisheh talking to Arman-e-Melli: Russians did not allow JCPOA to be signed before attack on Ukraine 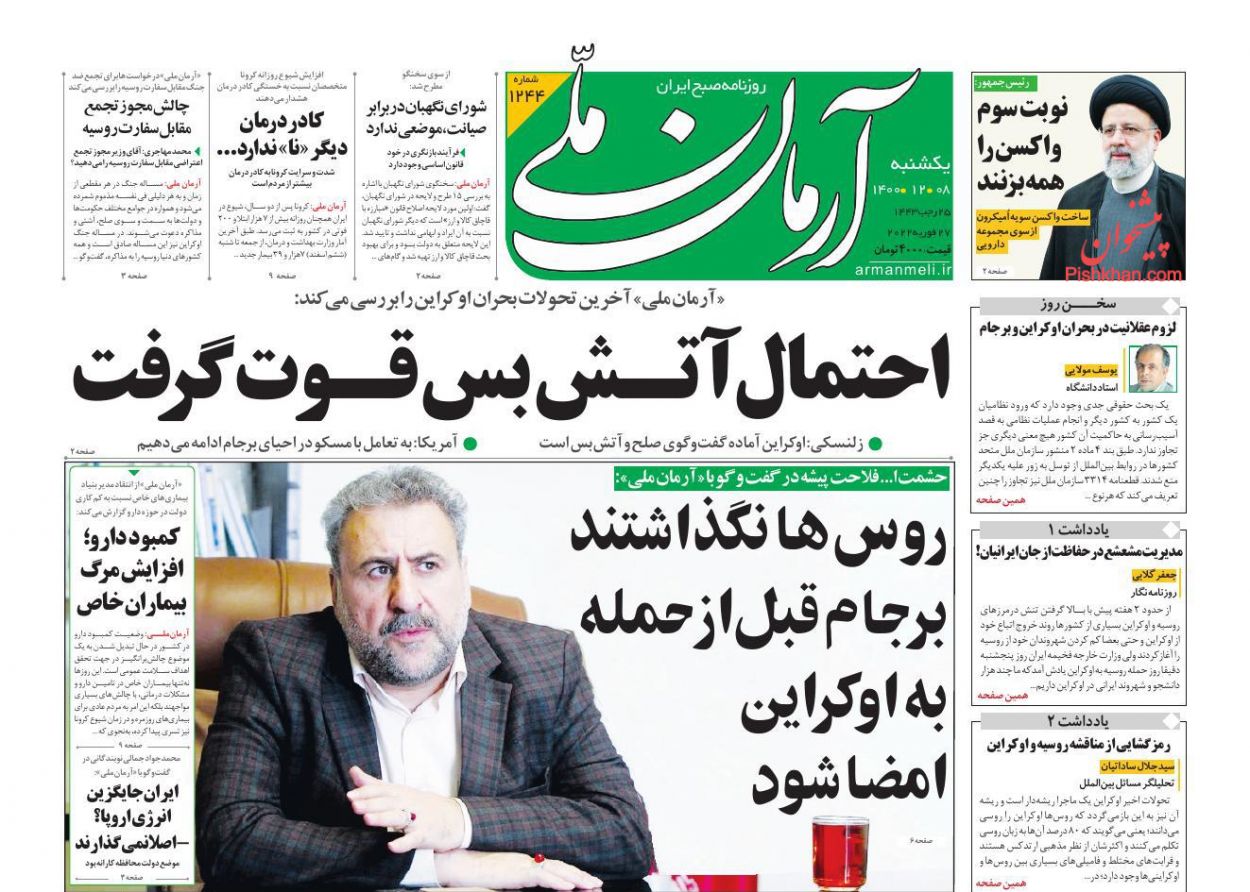 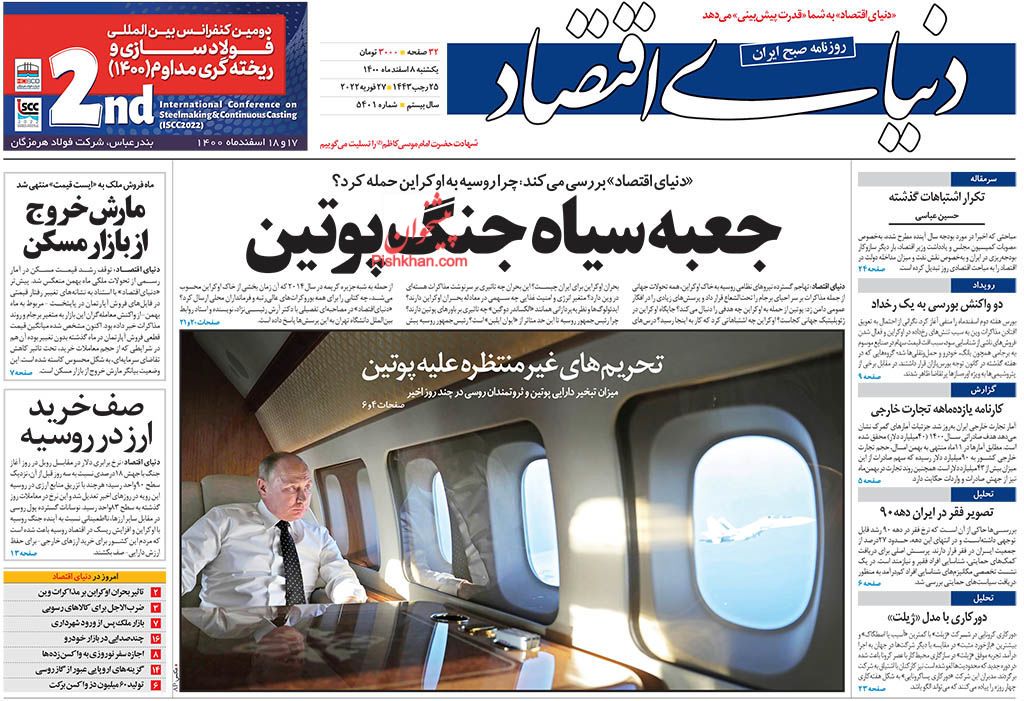 1. Can Russia’s attack on Ukraine be a prelude for inclusive global confrontation?
2. News with the smell of tinder and bullets / how different media should cover such incidents as war?
3. How Russia’s Ukraine attack affects Vienna talks? 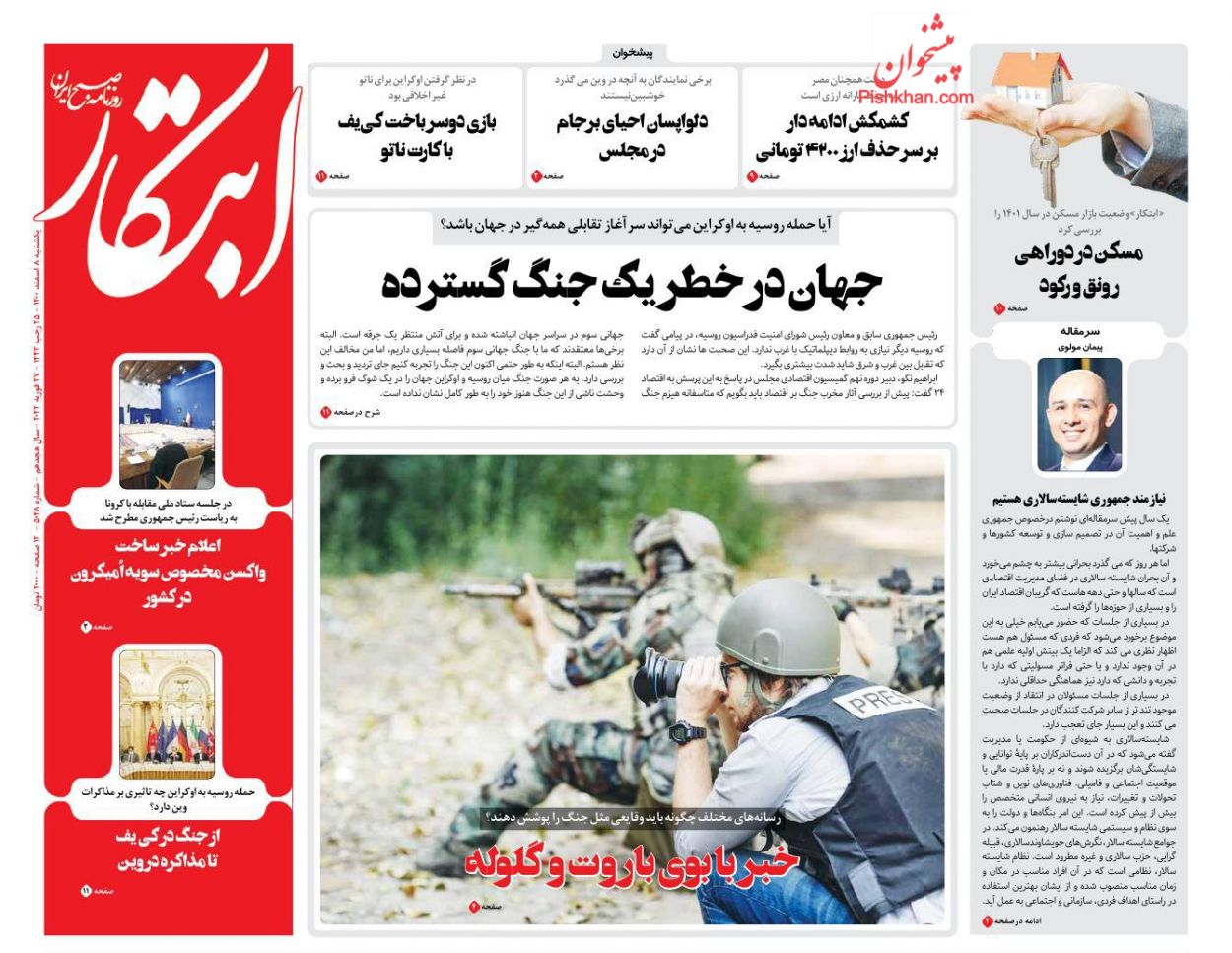 1. Kiev, a second Stallingread
2. Iranian university students residing in Kiev: Iranian embassy officials told us to escape however you can 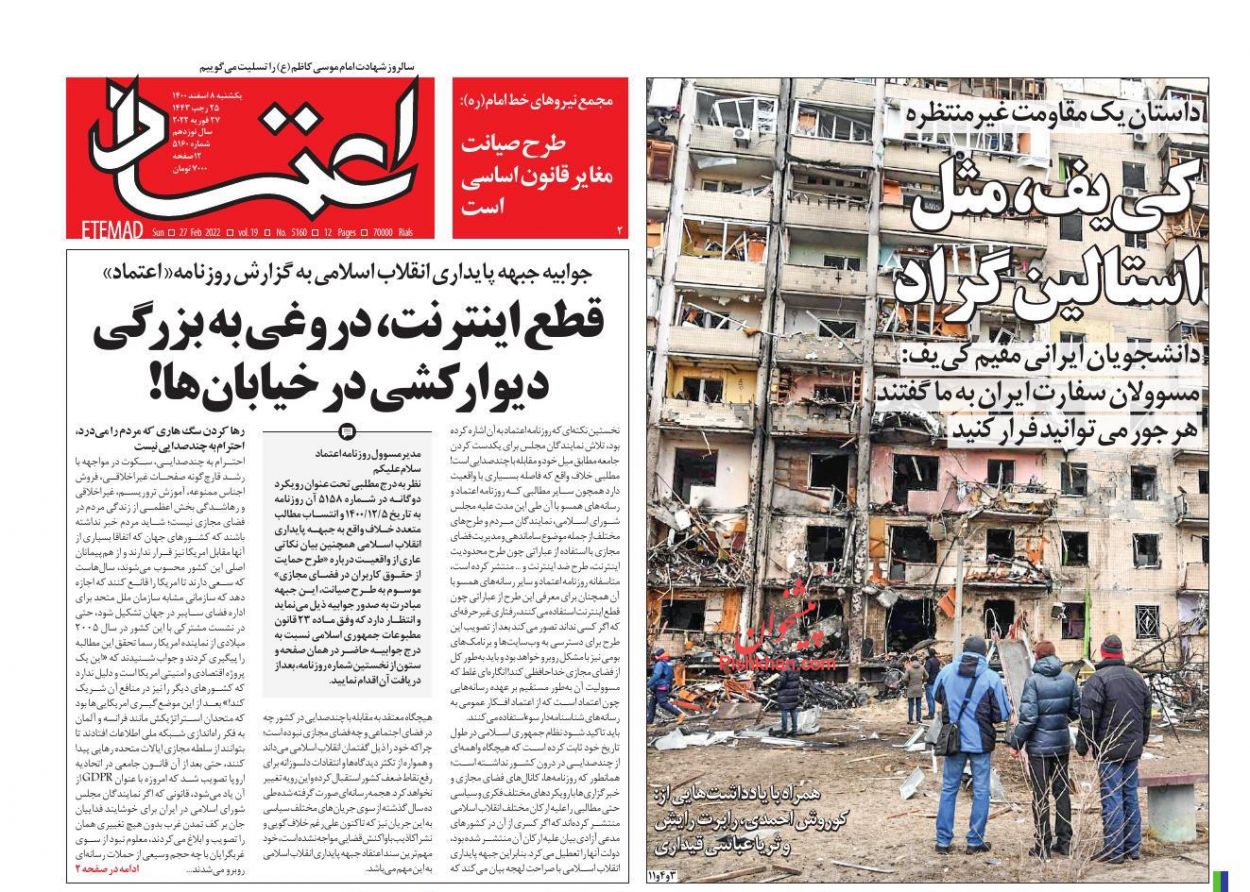 1. Street fighting in Kiev
. Macron: Europe should be ready for a long war 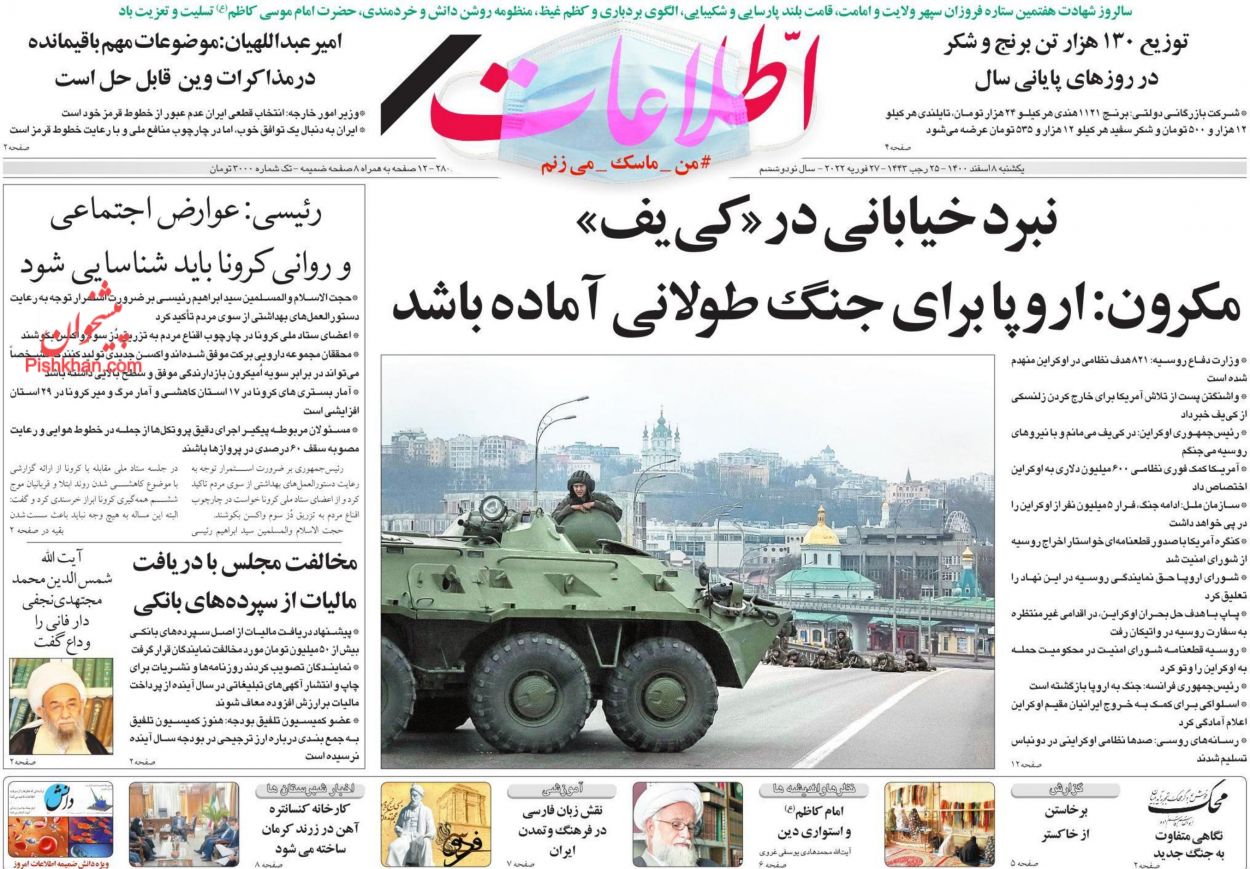 1. Ukraine on the verge of splitting up 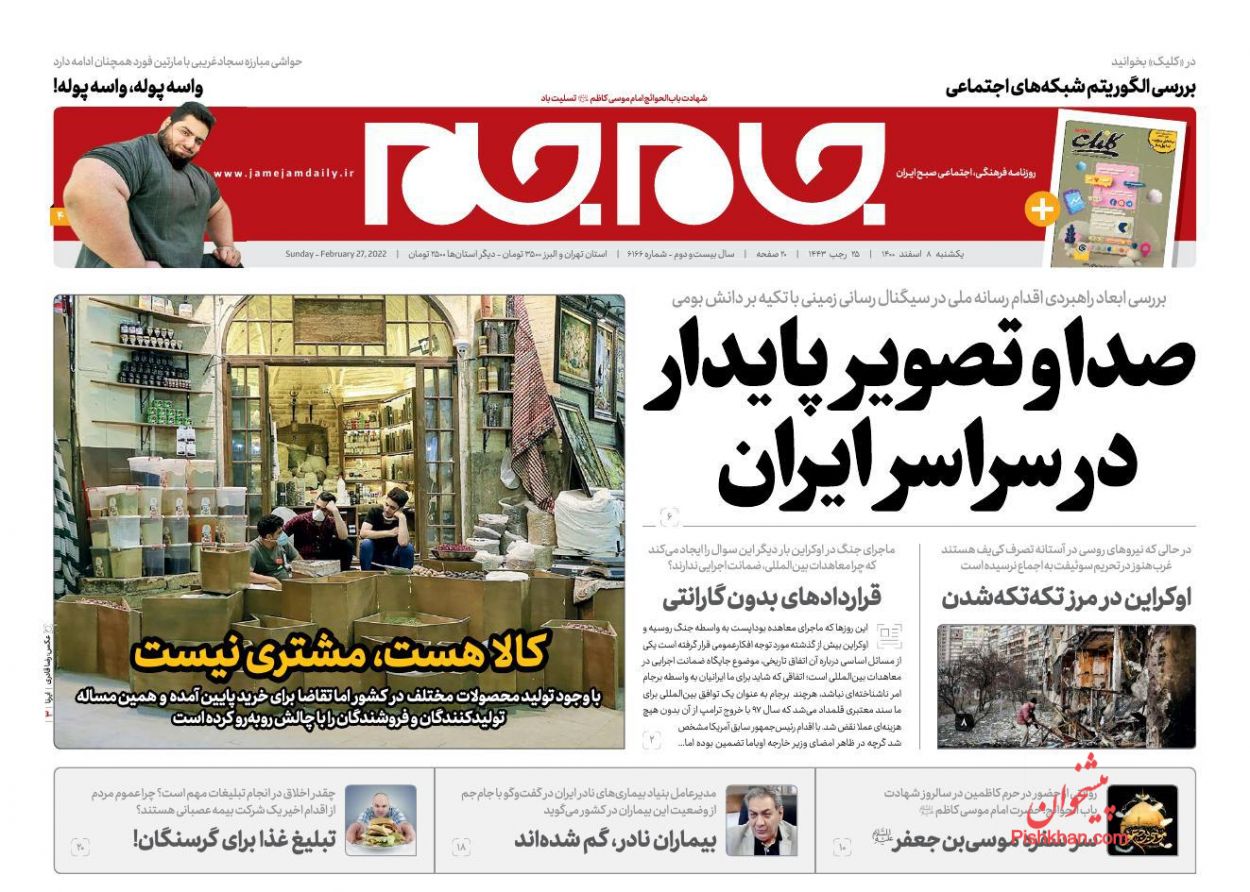 1. Why is Putin after Ukraine?
2. House to house fighting in Kiev 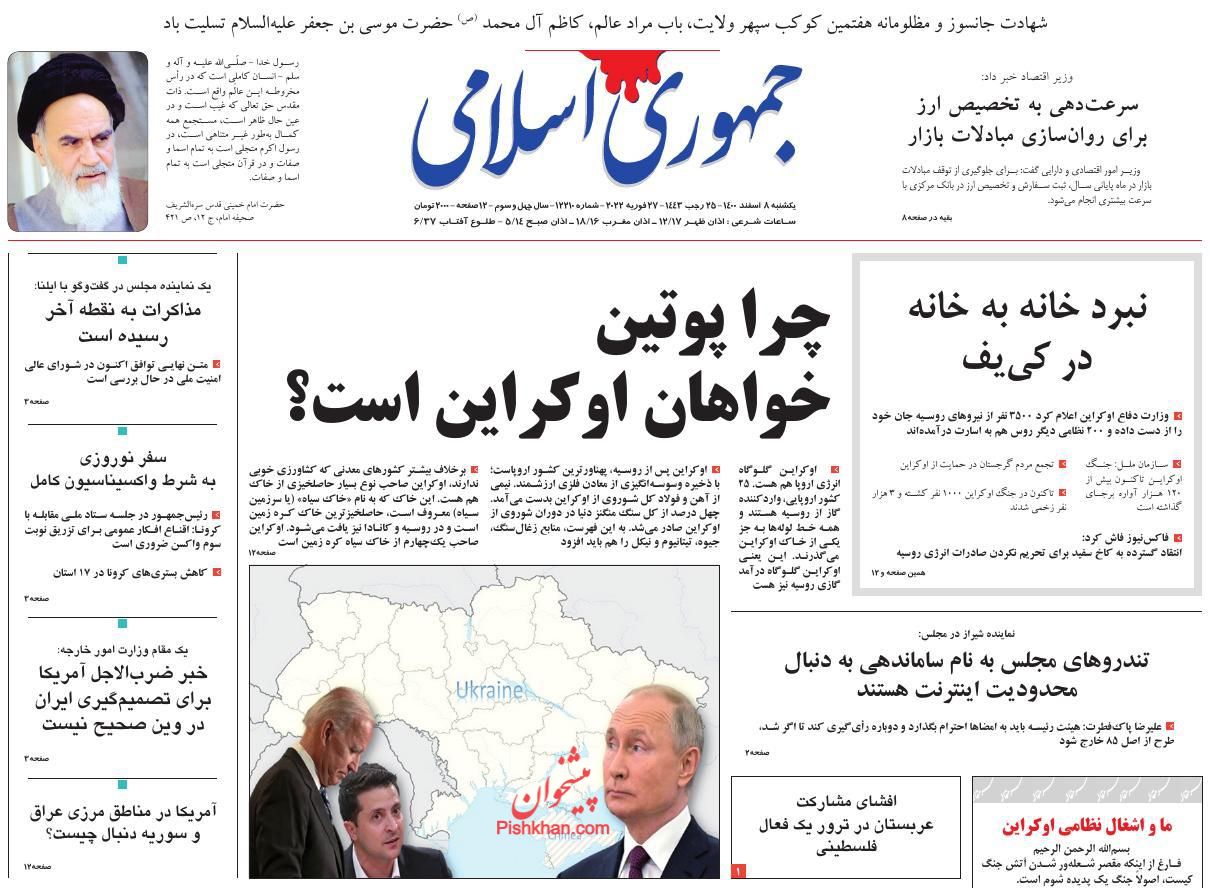 1. West preparing a war of attrition
2. Macron: World should be ready for a long war 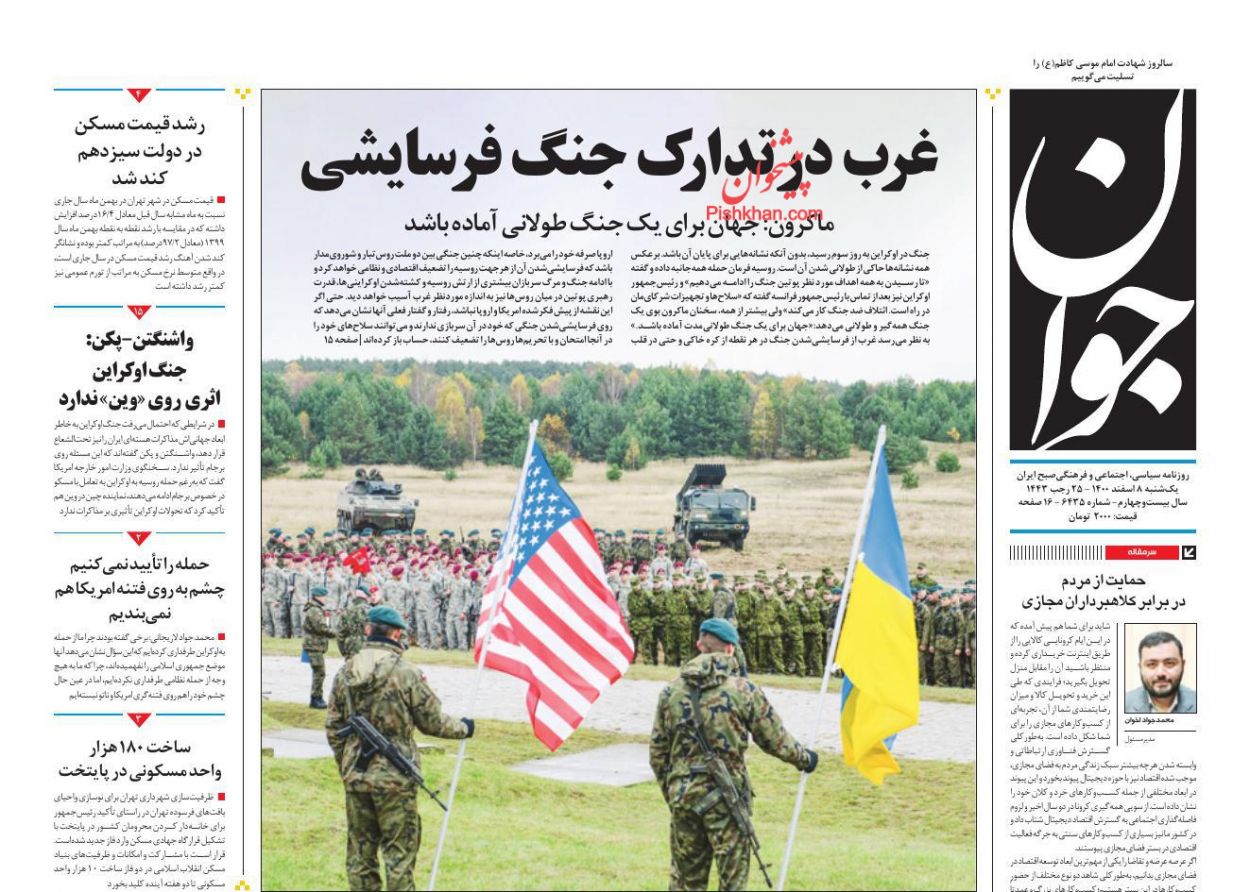 1. Ukraine take US bait, falls off the cliff
2. Realization of 8-year-old prediction in US documents 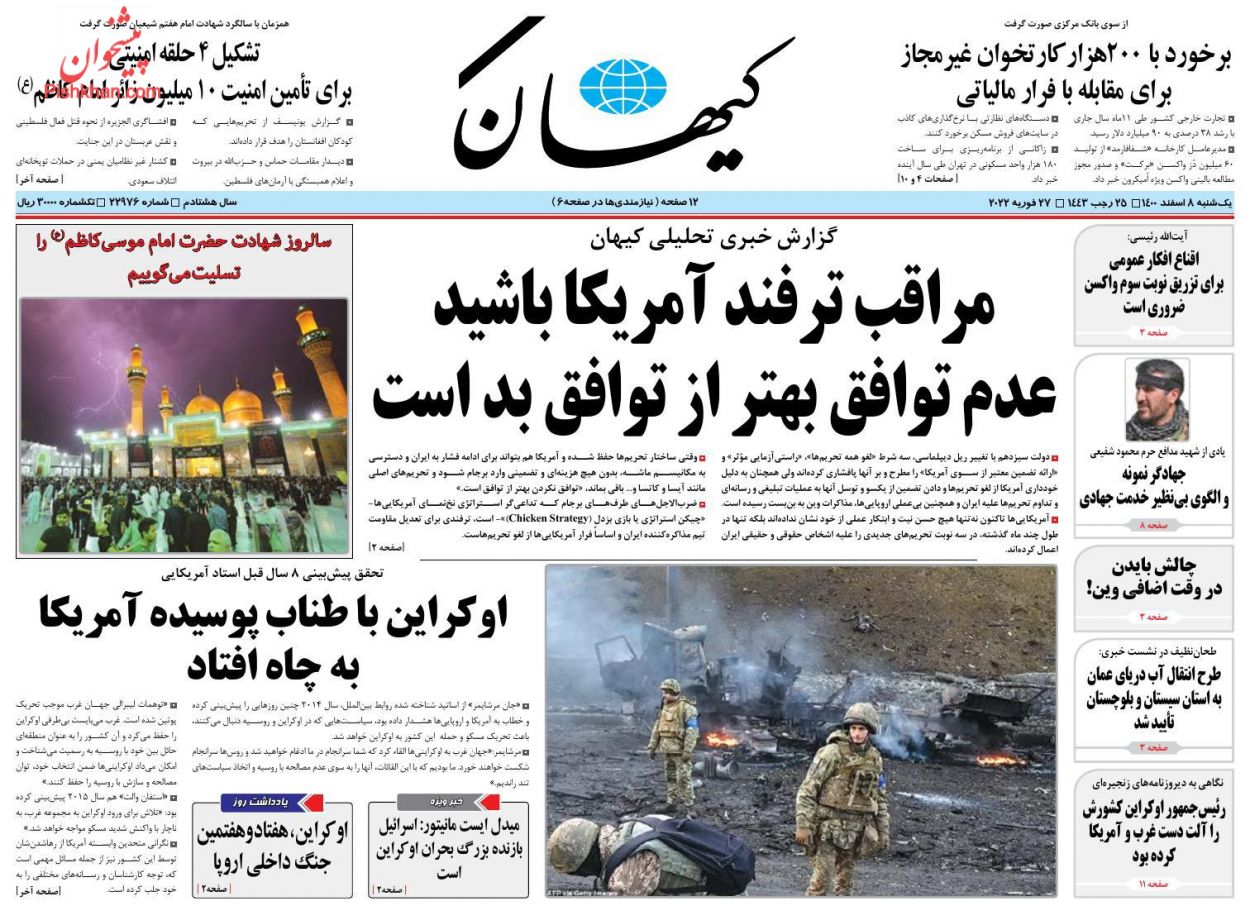 1. Ukraine, a neutral factor in Vienna equation
2. Why any negative impact of Ukraine on the complicated negotiations is unlikely? 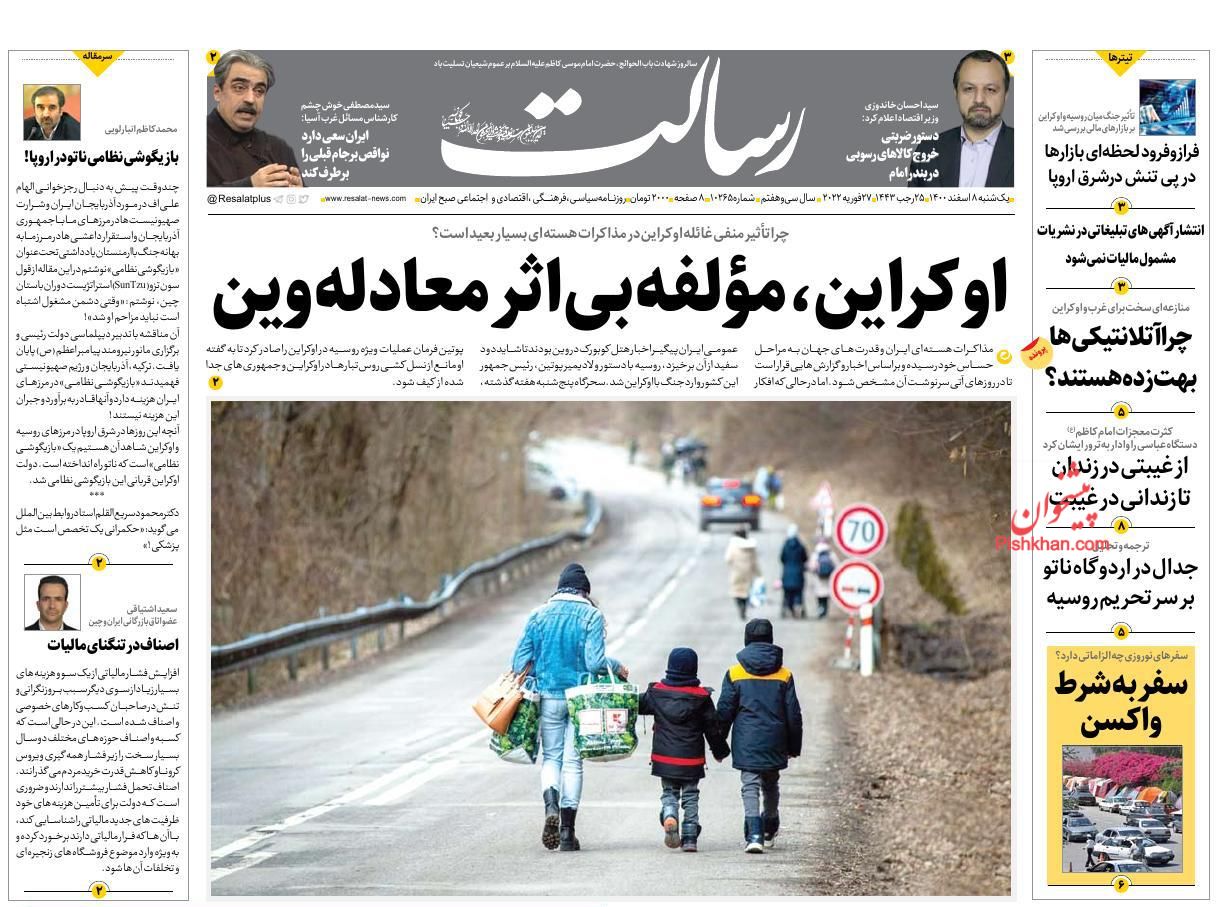 1. Is a gathering outside the Russian embassy not authorized?
. A review of gathering outside embassies
2. Sergey Shoigu, Putin’s war machine
. How Russia’s defense minister paved the way for attack on Ukraine 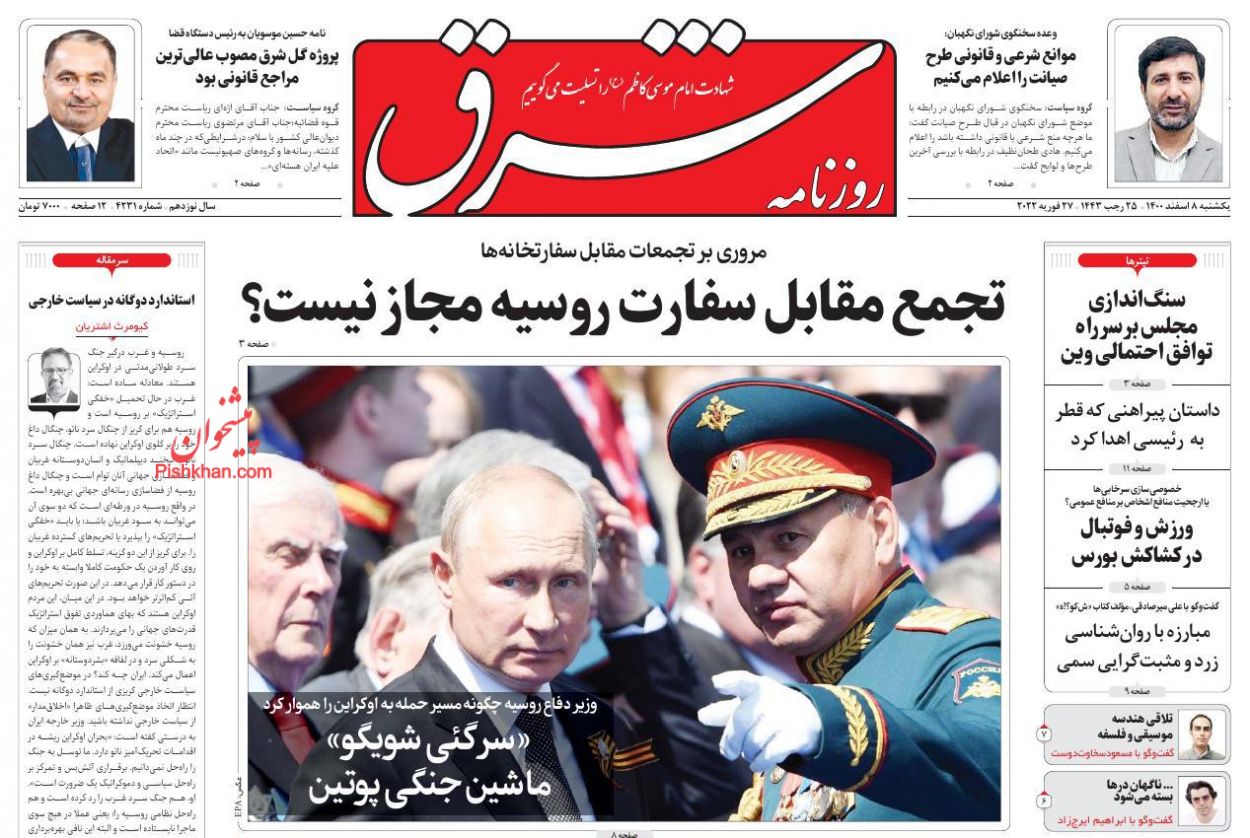 1. Negotiations under the shadow of war
2. How Russia’s attack on Ukraine affects Vienna talks? 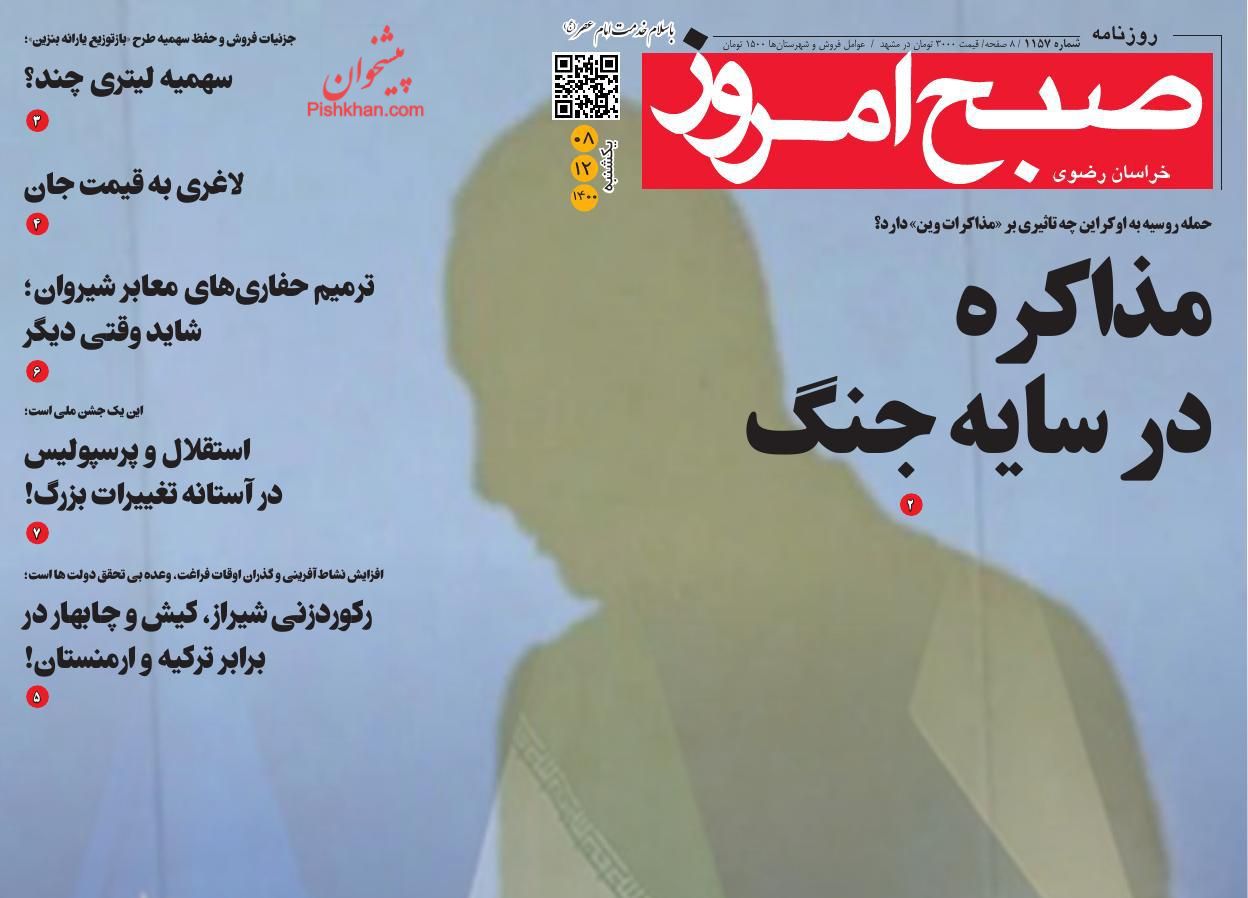 1. The bitter outcome of Zelensky putting his trust in Washington
2. Biden’s message to Ukraine: American forces are not ready to fight 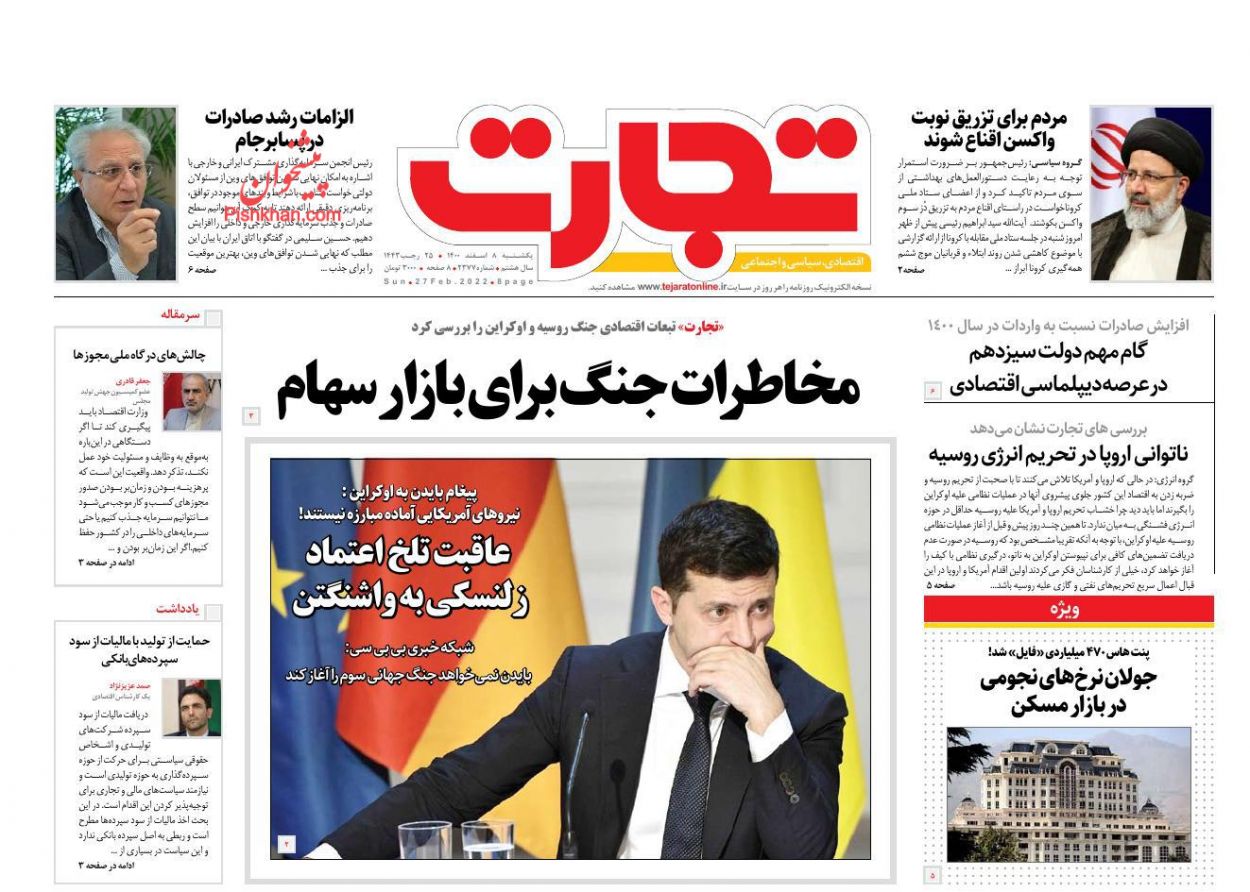