The 700-hectare lake of Lapoo in the west of Miankaleh Wetland, northern Iran, which had become an abandoned place due to lack of migratory birds, once again is revived with the arrival of the first group of singing swans.

With the arrival of the first group of swans, the villagers welcomed them by feeding them and launching a campaign to prevent hunters’ attacks.

According to a Farsi report by IRNA, annually during the cold seasons, 40 species of birds travel to the Lapoo Lake in the village of Zaghmarz, Mazandaran province, and after about 90 days they return to their main habitat in Siberia.

Although in the past years the number of birds has declined due to a decrease in the level of the Lapoo Lake’s water and a shortage of food, it seems that despite bird-hunting in other wetlands of Mazandaran, especially Fereydunkenar, more of these bird could be seen in Lapoo this winter.

An expert says the Society of Nature Lovers with the help of the local people have managed to ban hunting in the Lapoo Lake to protect the migratory birds in winter.

Mazandaran, which is home to the International Miankaleh Wetland and 800 other wetlands, is the destination of 150 species of about 1.5 million birds every year during the cold seasons. 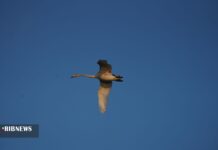 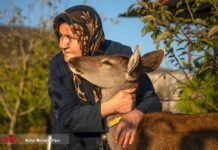 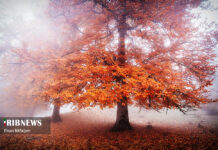 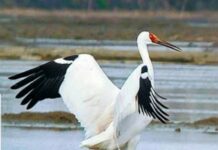