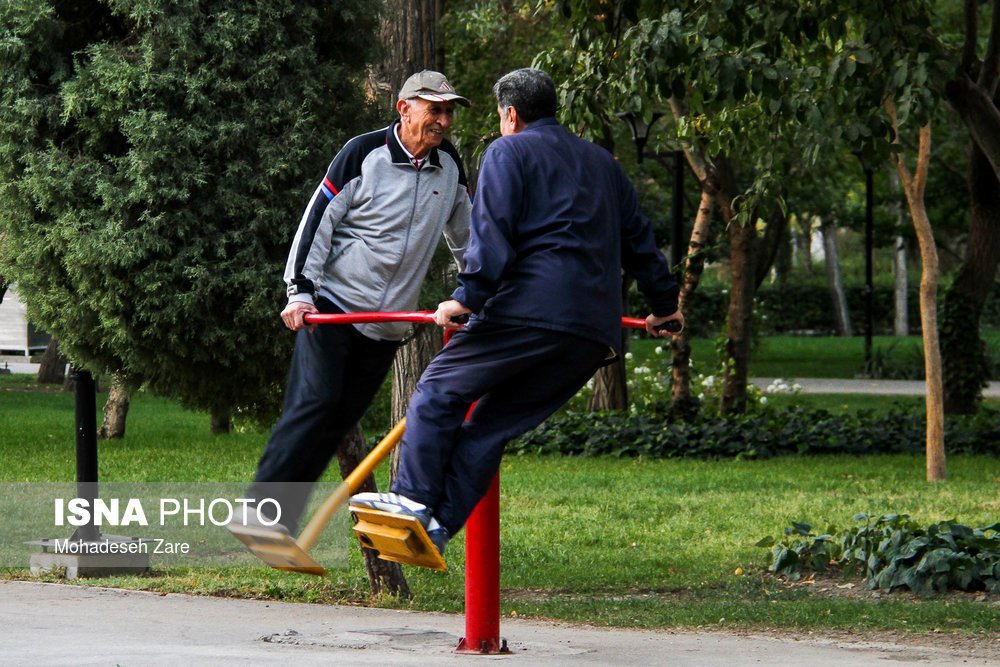 Doing exercises by elderly men and women not only is useful for their health, but also can increase life expectancy in a society, as it has had its impact during the past few years.

Mellat Park of Mashhad in Khorasan Razavi province of Iran is a place where the middle-aged and elderly people run and do physical activities on a daily basis. They are mostly retired people who on different days of the year work together in groups to forget their pains and sorrows.

According to the census of 2016, it is estimated that about 30 percent of Iran’s population are elderly. However, Statistical Centre of Iran has announced that the life expectancy of the elderly has increased in the past years.

Every day, the young people accompany the elderly and chat with them at this park. This conversation between different generations is a beautiful phenomenon that, in the midst of crowding, pollution and daily activities, turns the Mellat Park into a special part of the city.

What follows are ISNA’s photos of the exercises of these people on the occasion of the International Day of Older Persons which is observed on October 1 each year: