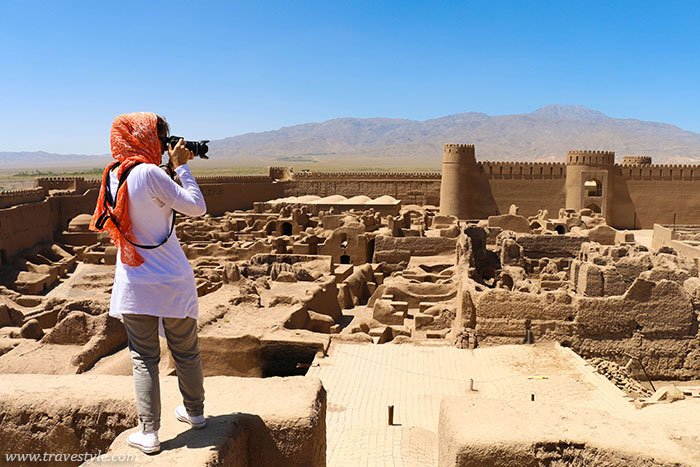 Kerman, the largest province in Iran with an ancient history, is home to numerous world heritage sites which annually attract millions of visitors.

One can see the name of Kerman as the most populous city of eastern Iran in the country’s oldest maps.

The city has retained its status in various fields after thousands of years. Kerman has recently become a main tourist destinations of Iran.

Numerous hotels and traditional inns are established in Kerman’s historical houses; 140 ecotourism centres are built in the province’s various regions, especially cities and villages close to the globally-registered historical sites; crafts’ markets has boomed; and new tourist routes have been created along with the boost of the culture of hosting tourists. Those measures have prepared Kerman province for a major leap in the tourism industry.

Six historical sites of Kerman province have been registered in the UNESCO’s World Heritage list. They include the Arg-e Bam (Bam citadel), the Shazdeh Garden, the Rocky Village of Maymand, the Jupar and Bam Qanats, the Lut Desert and the Shirikipich Kilims of Darestan village.

Apart from these historical sites, the province is home to numerous other sites which deserve to be registered in the World Heritage List including Haj Agha Ali’s House as one of the largest and most astonishing adobe houses in the world, Grand Bazaar of Kerman as the largest market place in the Middle East, Konar Sandal hills as the symbol of civilisation, Fat’h-Abad Garden, and Arg-e Rayen as the second largest adobe structure of the world.

With over 600 nationally-registered works and hundreds of historical houses, Kerman has attracted a great number of visitors.

Statistics show that Kerman has an acceptable place among the tourist destinations of the country in the current year. In the first half of the Nowruz holidays (March 21-28) 1.5 million people have visited the province.

The number of foreign tourists, especially from Europe and the Far East has grown by 80%.