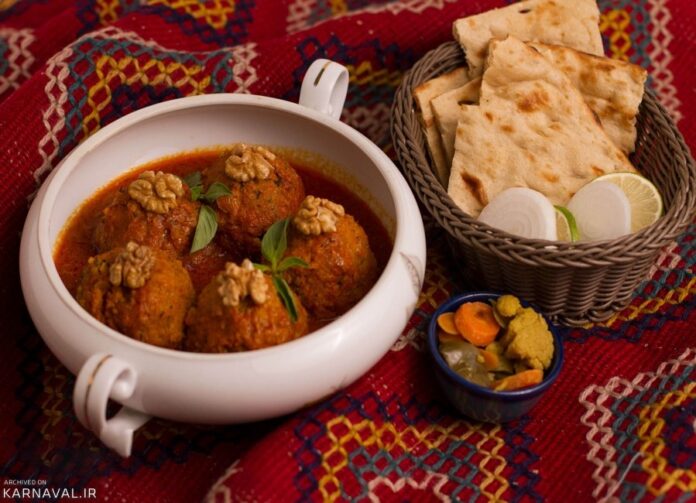 Kashan is a beautiful town in the central Iranian province of Isfahan with a very long history and numerous natural and ancient tourist attractions, including its culinary.

Old houses with special architecture such as the Fin Garden, the house of Boroujerdis, the house of Tabatabais, etc., underground Nooshabad City, the Niasar Fire Temple, the desert and the Niasar cave as well as attractive cultural traditions such the annual local ceremony to extract rose water in Qamsar and the rug-washing practice in spring have all turned Kashan into one of the most beautiful tourist cities of Iran.

In this article, you will get familiar with traditional foods in Kashan.

Meat & Beans is a very well-known food in Kashan. The ingredients include white beans, meat (lamb). Rice and herbs such as fenugreek and chives. This is a very nutritious move and usually served with bread or dill pilaf. 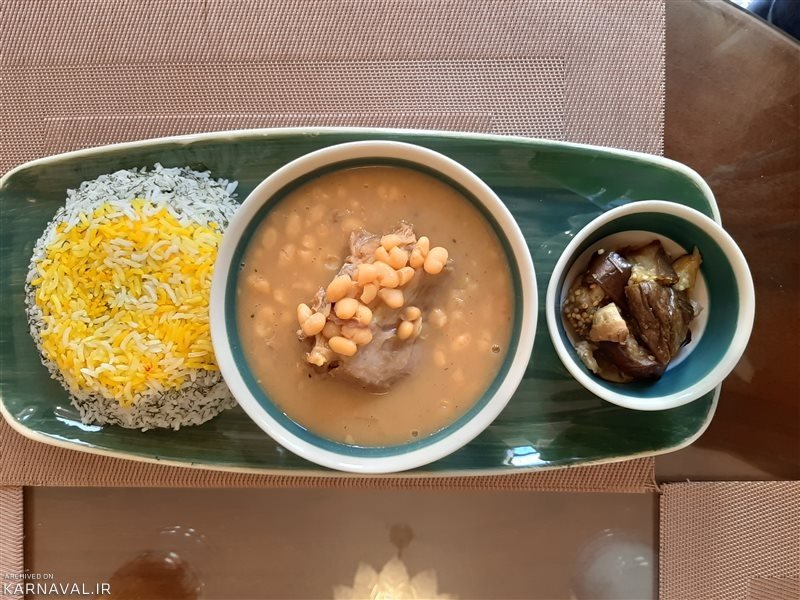 Meatballs are commonly cooked in various Iranian cities, but the ingredients and recipes are different. The meatballs cooked in Kashan are also known as sumac juice meatballs. Its staple ingredients include minced meat, chickpea flour, onions and sumac. This kind of meatball tastes sour-sweet and is served with either bread or rice. 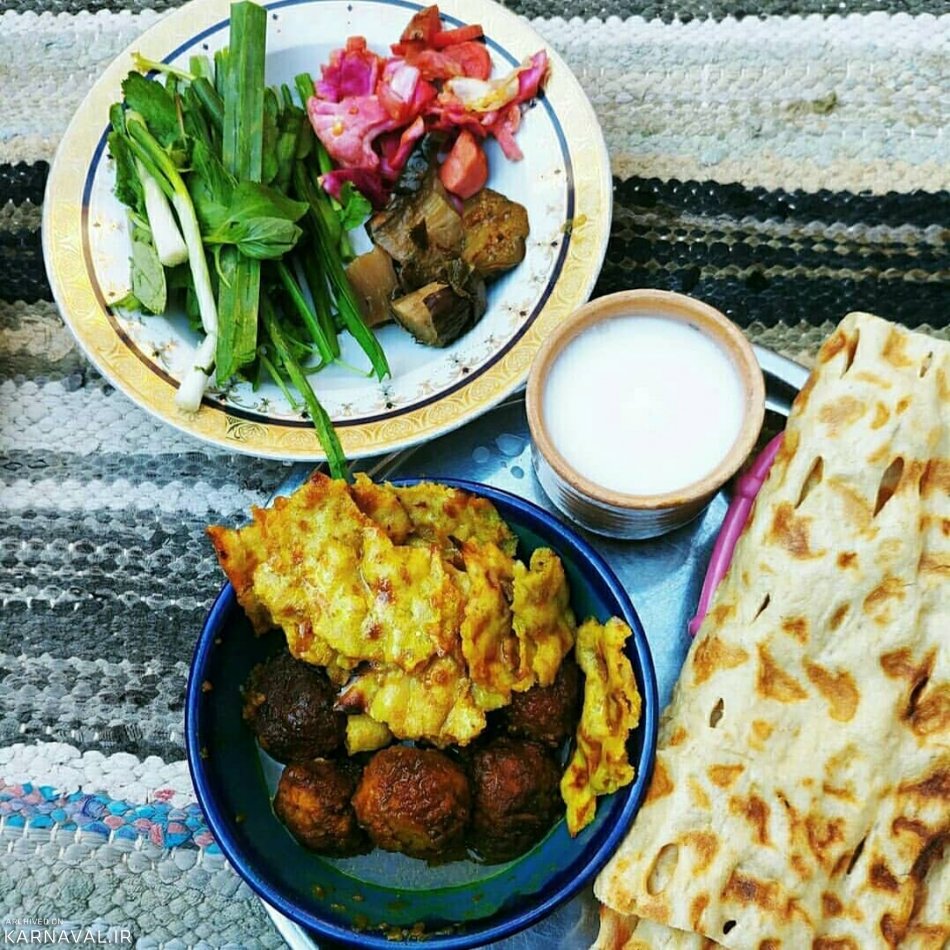 Chickpea balls is also known as pomegranate balls. The ingredients include eggs, chickpea flour, dried herbs and minced meat. They are all mixed together and formed into balls before being fried. Then pomegranate past and fried onions are poured onto the fried chickpea balls, This sour-tasting food is served with bread, but can also be served with rice. 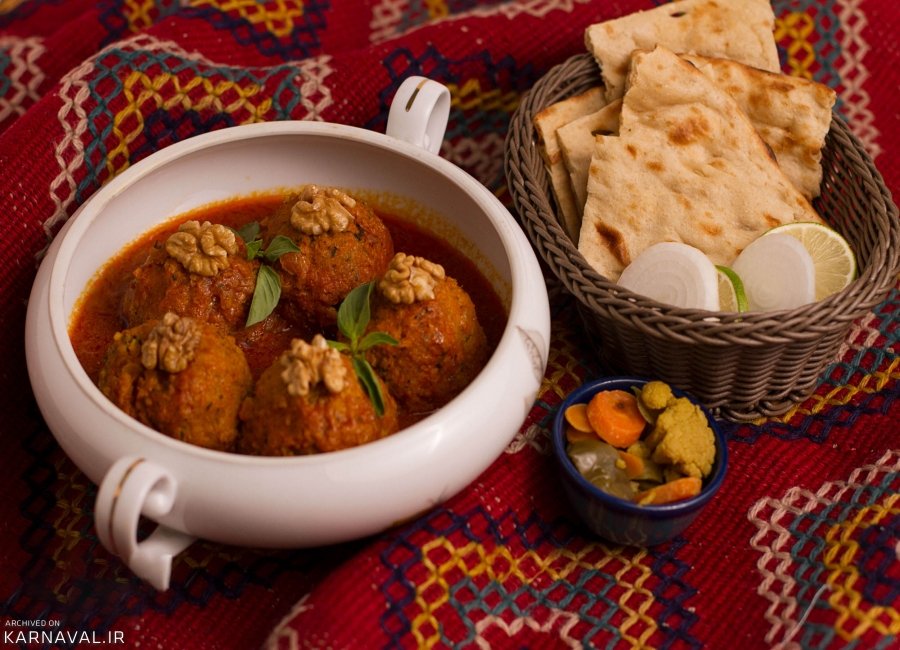 Aubergine paste is a simple and delicious food. To make this food, they fry aubergine and onions. Then tomato paste, water and fried meatballs are added. This tasty food is served with bread. 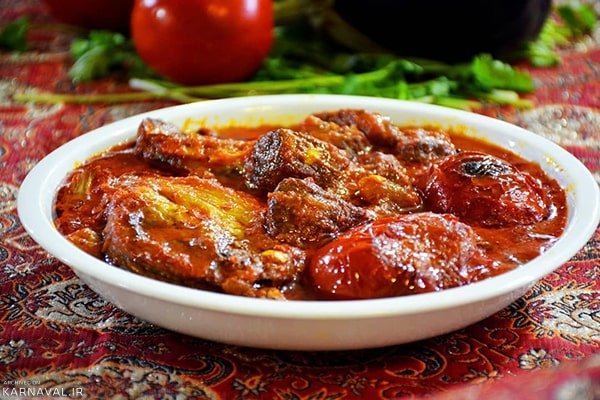 This food can also be called Kashani Qaymeh stew as it is very similar to the Qaymeh stew cooked in Yazd province. The recipe is similar to that of Qaymeh. The only difference is that peas are used instead of split peas. Beef is also used in this food. 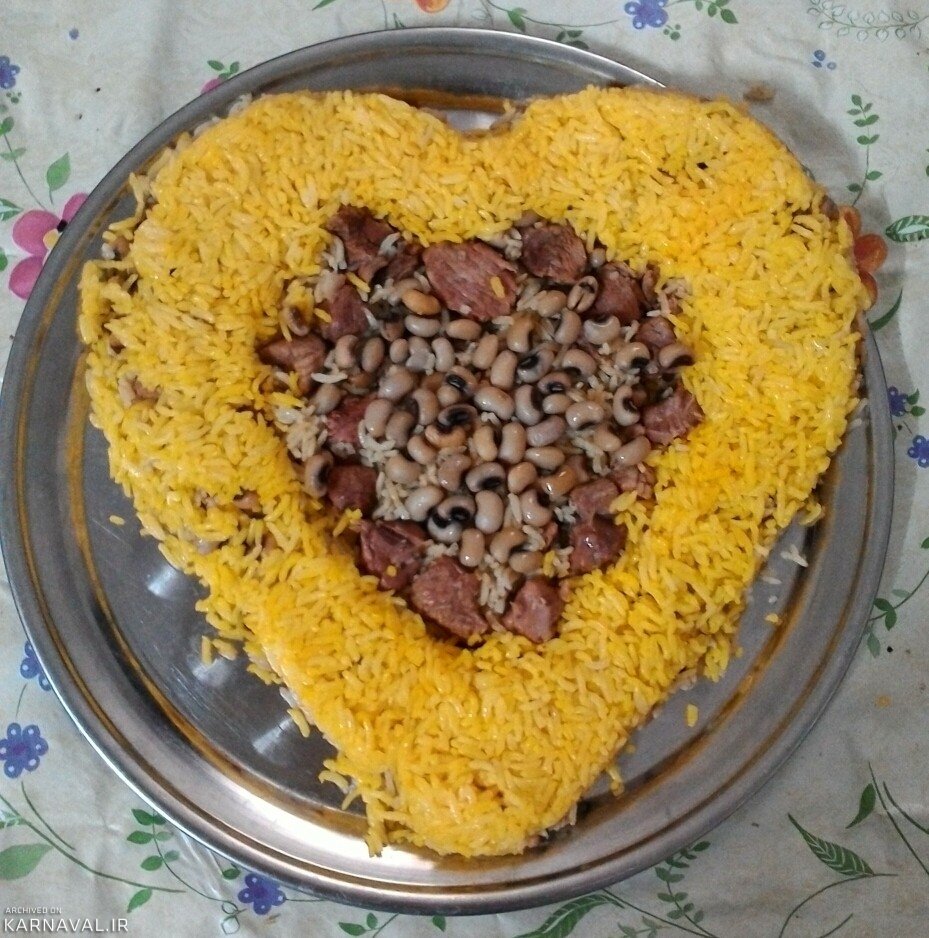 To make Dizi Pilaf, they first cook beef, beans and onions before adding it to rice. It is served with Doogh (an Iranian drink made with water and yoghurt) and yoghurt. 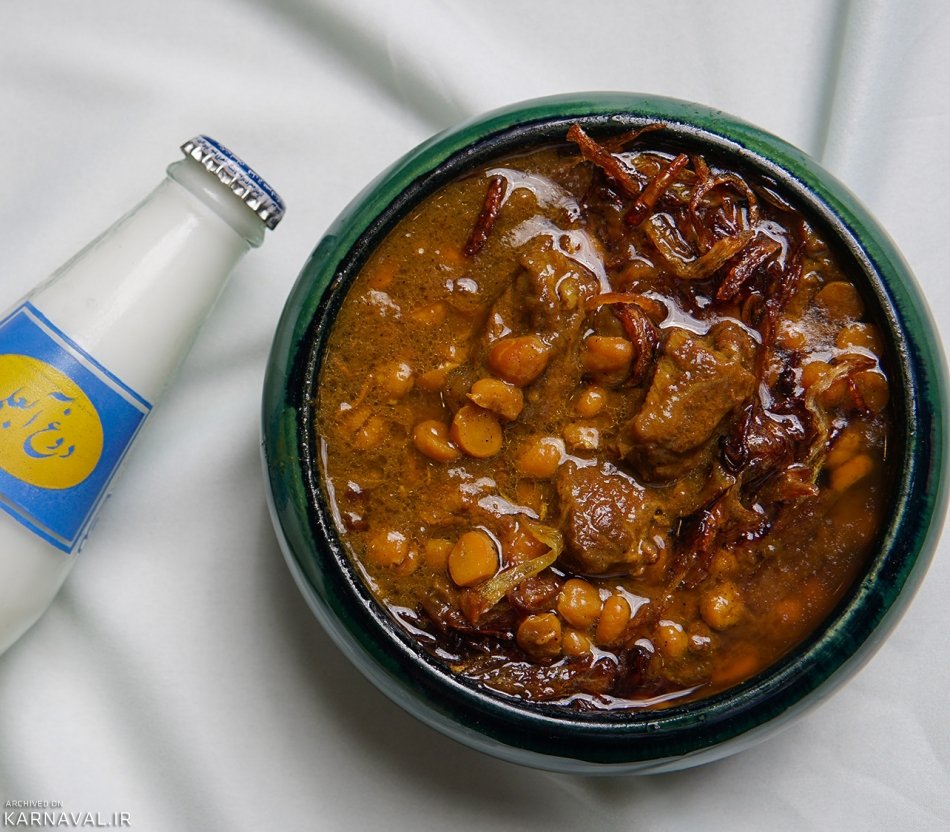 Its ingredients include pomegranate paste, aubergine, tomatoes and meat. This food is served with bread. 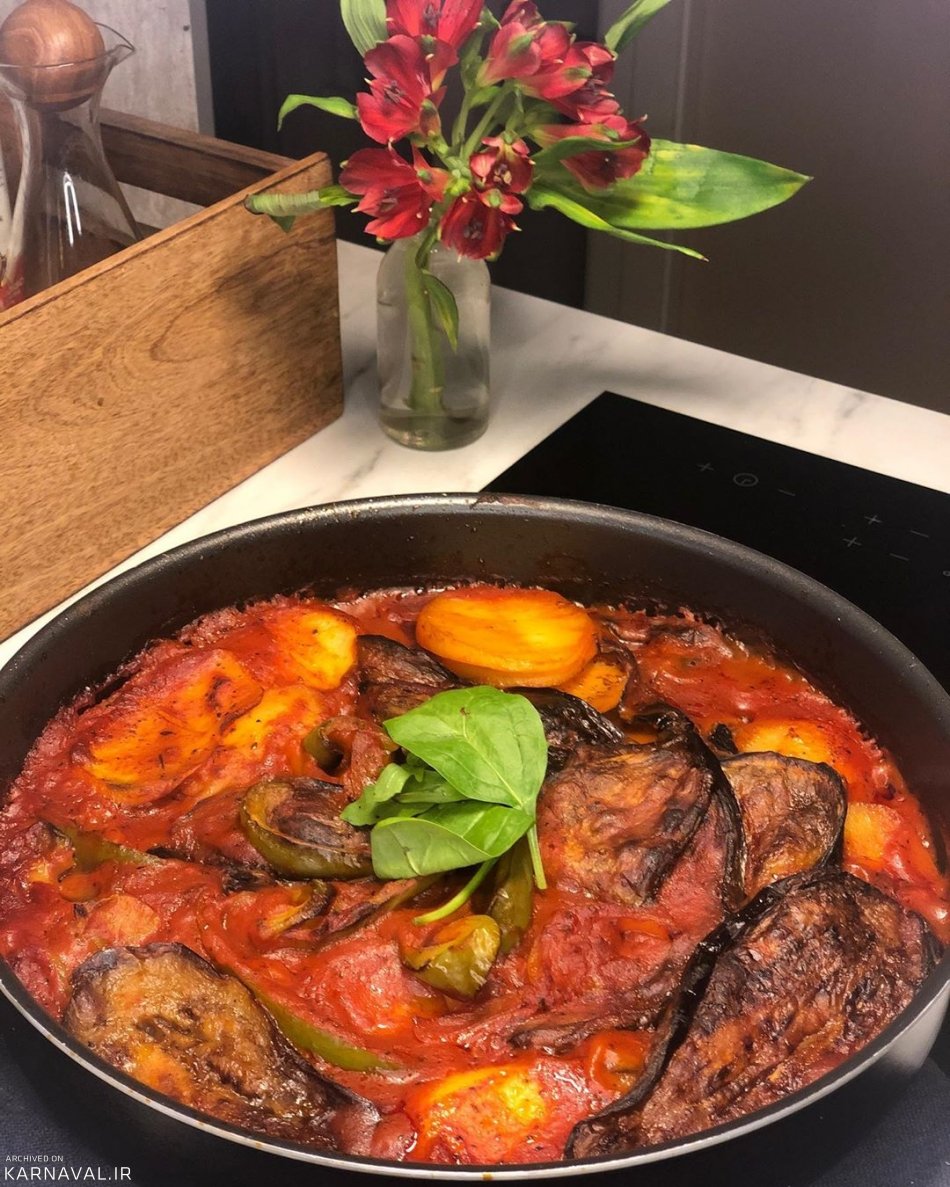 Grated carrots, minced beef, chickpea flour, eggs and vinegar are the ingredients of the carrot cutlet. They mix and fry these ingredients. 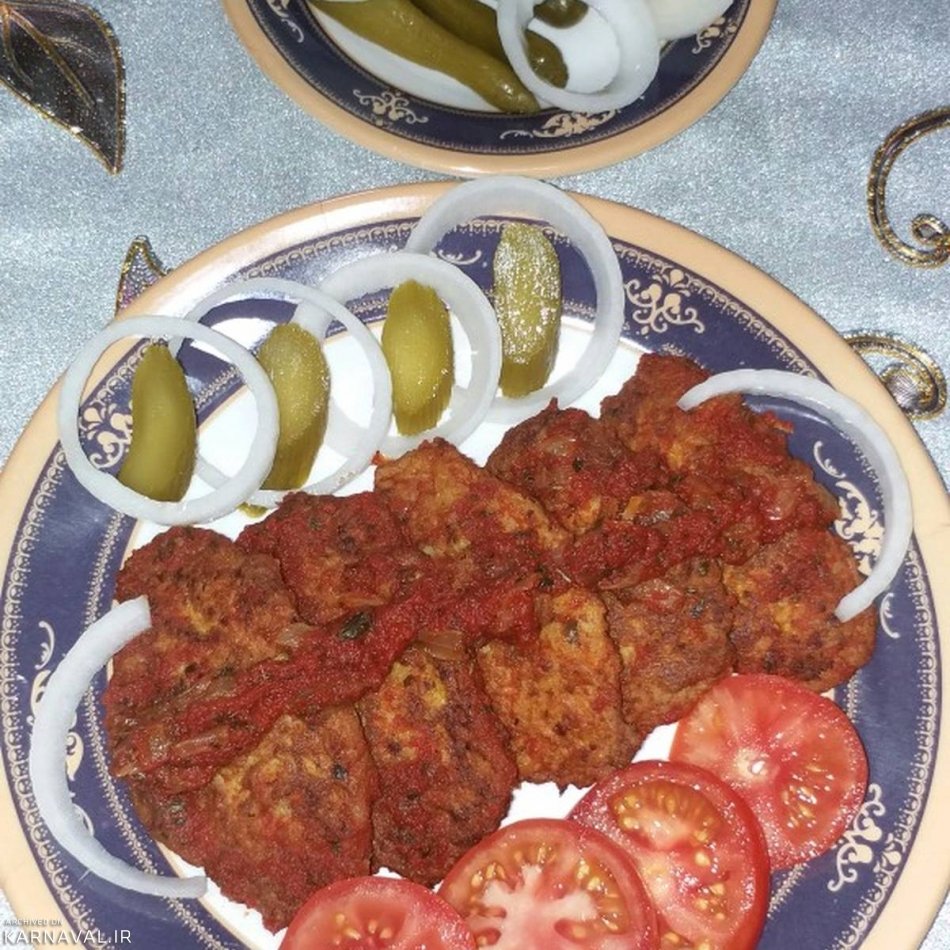 Yatimcheh is a common food across Iran. It is a simple food with aubergine as its major ingredient. The rest of the ingredients are different in different cities. The Yatimcheh cooked in Kashan is made with potatoes together with tomatoes and onions. 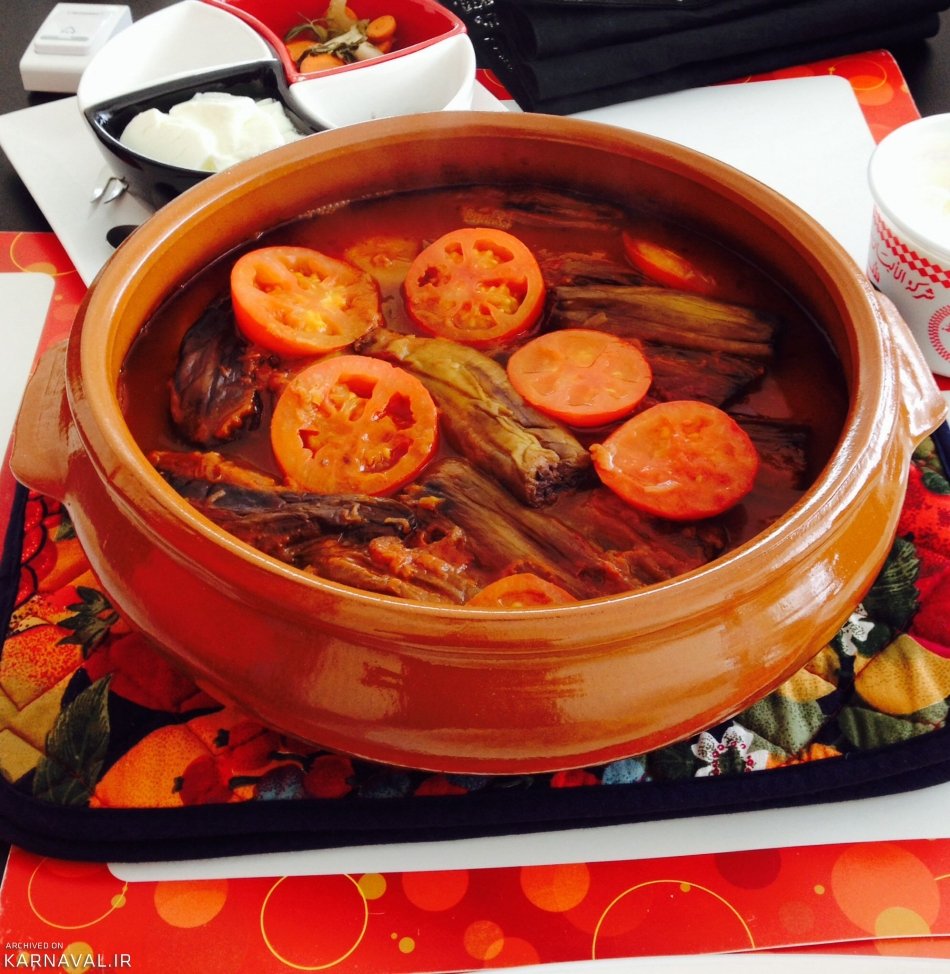 White Beans Broth is one of food specifically cooked in Kashan. The ingredients include mutton, tomatoes, tomato paste, onions and white beans.

Mince-Prune broth is one of forgotten foods in Kashan. The ingredients include white beans, meat, mince and prunes. It is a sweet broth popular with the older generation. 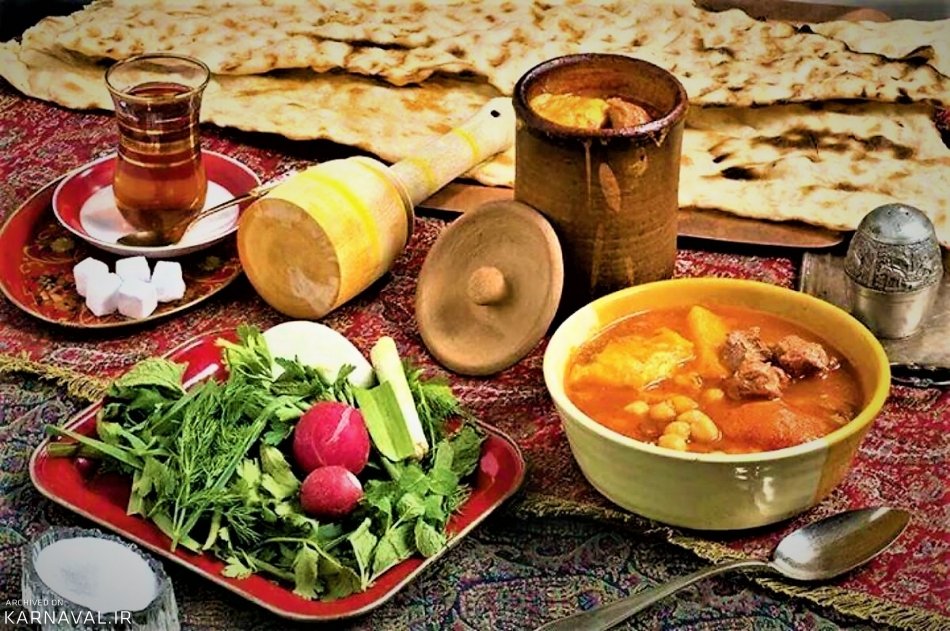