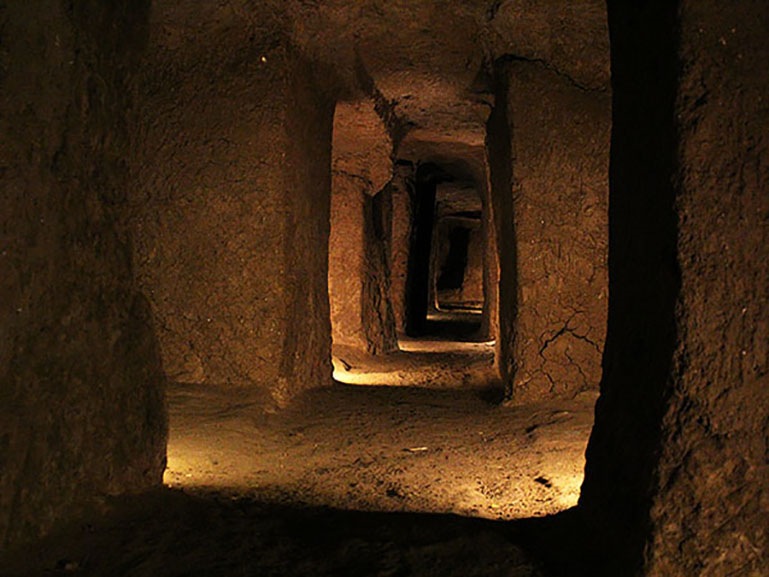 Nooshabad, known as Ouyi to locals, is an underground city with many passages and chambers in Isfahan Province in central Iran. It is one of the world’s most remarkable underground cities and dates back to the pre-Islamic era.

Nooshabad, which was discovered by chance during a construction project, was initially built to protect city dwellers against invasion and plundering, particularly during the Mongol invasion of Iran.

The 3-story underground city is between 4 and 18 meters in depth and is thousands of square meters in area.

Images of the underground city of Nooshabad posted online by hamshahrionline.ir: