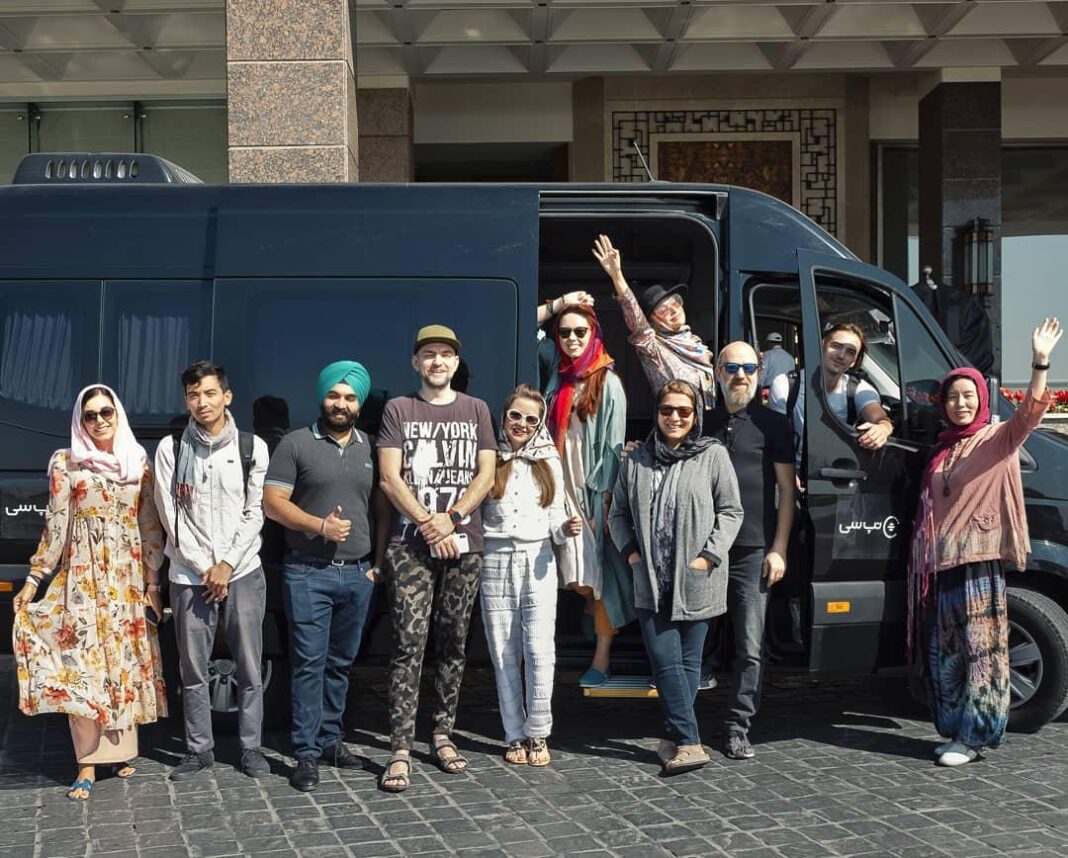 A group of Instagram influencers with some 16 million followers in total are visiting Iran on a Famtrip (familiarization trip) organized by Iranian globetrotter Hoda Rostami, a social media influencer trying her best to offer the fascinating image of Iran to the world and encourage foreign tourists to discover Iran.

What comes to the mind of a travel agent when hearing the term Famrip is normally an exclusive program, including seminars and meetings, organized by tour operators to market their services and maximize profits.

But for Hoda Rostami, a Famtrip has become her new way to introduce Iran and its beauties to a world of social networks.

The Iranian girl, known as an Instagram influencer with over 400,000 followers blogging about tourist attractions, could finally carry out her Famtrip project after a year of planning and tireless efforts. Hoda’s goal is to change the wrong image of Iran that people in the world may have in mind and to pave the way for more tourists to visit the country. In the first phase of her Famtrip project, 12 influencers from around the world have arrived in Iran.

“Born in Tehran, nomadic life in world,” Hoda explains herself in her Instagram page. She has been travelling around the world for years and sharing her experiences with her followers.

Hoda and her family emigrated to Sweden when she was a teenager. She decided to leave MSc courses in the final semester to begin her new career as a traveller and photographer. Rostami now lives in Iran and is independently involved in activities to promote Iran’s tourism industry. She has invited the international tourism ambassadors to visit Iran in a self-planned Famtrip aimed at presenting the true image of Iran to the world.

Hoda provides more description of the Famtrip on her Instagram page:

“This Famtrip is not indeed a project organized by a travel agency for attracting fifteen foreign tourists to make a profit. In fact, the Famtrip is a result of months of planning and research by experienced people in the tourism industry and sustainable development of tourism, familiar with Iran. It is supposed to help create a new image of Iran in the minds of people across the world, shape dreams and goals before visiting a country named Iran, and encourage the tourists to come to Iran and discover all of its cities and unknown places.”

During the first phase of the project, Hoda takes her guests to Kashan, Isfahan and Shiraz. She says the itinerary includes a well-known route with stops in famous cities. “That’s because it is a well-known journey route with hotels meetings international standards and appropriate infrastructure for the tourism ambassadors in Iran. These tourism ambassadors, who are major influencers in this sector, take photos and shoot videos of the attractions, publish them on the social networks, and will help change the cliché image of what people in the world think about Iran. It could build trust and eventually encourage them to visit Iran to discover the other places.”

The first stage of Hoda’s Famtrip began with 12 influencers, starting from Tehran. Rostami says the tourism ambassadors are going to become acquainted with the Iranian culture and traditions apart from sightseeing in the cities. “We decided to plan a modern-day (visit to) Tehran for them to surprise them both upon arrival and during the rest of the journey with the beauties of the cities along the Silk Road inside Iran.”

The trip begins from Tehran and heads due south to Kashan, after a stop in Qom to visit the confectionary shops producing Sohan -a traditional Persian saffron brittle toffee.

Kashan is where foreigners will remember their first encounter with the desert and its houses with traditional designs, Rostami explained, saying the group of ambassadors would stay in a typical Iranian house in the desert areas to enjoy supper in a delightful evening at the watered yard of the house.

“We and a young meal planner, with exquisite taste and great cooking skills, designed the meals for the entire Famtrip. We’re going to set such tables for them that would be indelibly imprinted on their photos,” Hoda said.

On how she came up with the idea of arranging the Famtrip, Rostami said in her Instagram page, “Last year, I was in Turkey’s Çanakkale with a group of trip influencers from various countries. We talked about our countries, and, as usual, they asked about Iran, and I told them ‘I’d invite you soon…’. I did not imagine that the very same invitation and idea would become the Famtrip project a year later.”

In order to attract financing for the project and buckle down to work, Hoda Rostami came up with a plan to design and sell a “Travel Book” at her office, called “Ro Studio”. A non-Iranian airline has agreed to sponsor the flights for the Famtrip.

“The Travel Book is a functional planner accompanying you from the time you begin to plan a trip until you return home,” she says.

Rostami noted that a long list of world renowned influencers and travel photographers had been compiled in the beginning, while a final list of 15 people with a combined total of 16 million followers was chosen for the visit to Iran.

The guests finally arrived in Iran on October 6. They include: 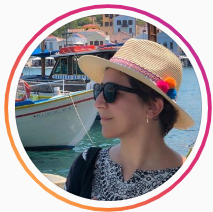 * Çiler Geçici; managing director of a famous concert hall in Istanbul with 705,000 followers 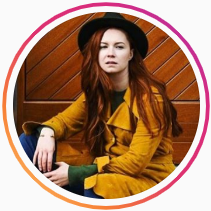 * Alina Rudya; a famous Ukrainian photographer residing in Germany; Her photos have been published in prominent magazines like “Vogue” and “Der Spiegel”. She has 65,000 followers. Alina’s wedding ceremony will be held two days after the Famtrip to Iran. 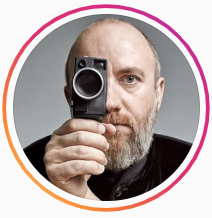 * Mehmet Kırali; a famous Turkish photographer living in Turkey. His style of ‘travel photography’ has attracted 1.2 million Instagram followers. Mehmet has been listed among the world’s wealthiest and most successful photographers. 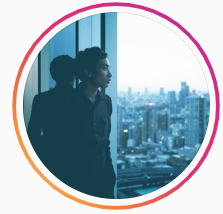 * VuThéara Kham; a renowned French photographer with 1.2 million followers. He published a book “Point Of Vuth” in 2013. He is known as the most influential French Instagrammer. 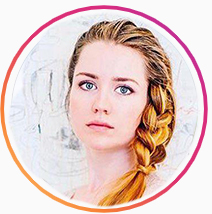 * Ekaterina Mishchenkova; a Russian photographer and artist with more than 1.3 million followers in two Instagram pages. 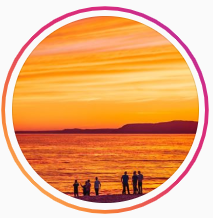 * Alex Atmolex; he has not ever published photo taken by himself, but has attracted around 480,000 Instagram folllowers by publishing the photographs of travel and other influencers.

* Cathy; a Chinese expert on media and management and a travel blogger. She is the author of 12 best-selling books, and is going to write a book on Iran after the Famtrip project. 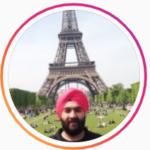 * Harjinder Singh Kukreja; a famous Indian businessman, social activist and restaurant owner, famous for his family trips in the social networks. Harjinder has 1.6 million followers on Twitter and more than 100,000 Instagram followers. * Shi Enbo-hugo; one of the most famous and the representative of Chinese bloggers with more than 2 million followers in 3 Chinese social networks. 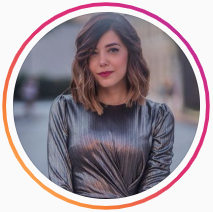 * Vanessa Ziletti, an Italian beauty and fashion blogger with some 186,000 Instagram followers. Vanessa works with famous brands such as Hermes, L’Oreal, and other popular clothing brands. 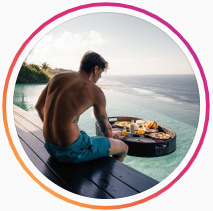 * Artem Shestakov; a Ukrainian travel influencer, businessman, and social media specialist with around 1.1 million followers on Instagram. Artem has worked with major carmakers such as Porsche, Land Rover, Ferrari, and Mercedes Benz. 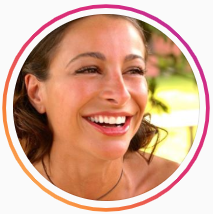 * Erika Santos; she has more than 1.5 million followers on two Instagram pages. She has won the prize for the best World Travel Blogger 2019.

“Our guests have all arrived in Iran, finally. The trip begins today in an effort to present Iran from the viewpoint of twelve influencers and travel bloggers who have come here from different countries. Let’s hope for a memorable trip and experience,” Hoda Rostami wrote on her page.

The photos and stories of the Famtrip are shared with #famtrip and #letsfeeliran in the page ‘feeliran’ on Instagram and Twitter.

The following pictures have been taken during the first two days of the Famtrip from Tehran to Kashan, uploaded on Hoda Rostami’s Instagram page and on feeliran.

Meanwhile, the Iranian administration has also welcomed the idea of the Famtrip, saying it would reflect a good image of Iran.

Iran’s Deputy Minister of Tourism, Vali Teymuri, has told ILNA that the ministry welcomed the proposal for the Famtrip it had received three months ago.

He said the ministry found no problem with the proposed trip after careful consideration, and the foreign influencers were permitted entry.

Teymuri said all plans, coordination and costs for the Famtrip have been deal with by the private sector, and the Ministry of Tourism has only facilitated the program.

“We need a good image of Iran to be displayed by the world media, thus, we would pursue any method perceived to be easy or less costly in compliance with the Islamic Republic of Iran’s regulations. The ‘Feel Iran’ Famtrip has been carried out with the spiritual support from the Ministry of Cultural Heritage, Tourism, and Handicrafts as their plans are under control,” the deputy minister noted.

“We do our best to create a good image of Iran in the minds of the world people,” he concluded.