Israel Seeks to Create Chaos in Lebanon for Own Interests: Iran President 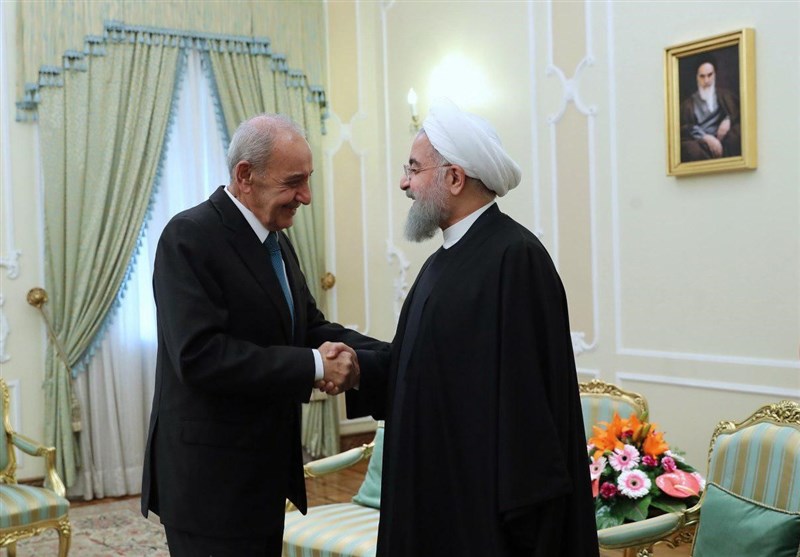 In a meeting with speaker of Lebanon’s parliament in Tehran on Wednesday, Rouhani praised the Lebanese nation for its success to thwart a divisive plot hatched by the enemies.

“Undoubtedly, the Zionists benefit from creation of rift and division in Lebanon,” the president said, adding, “They thought they could keep terrorism and Daesh (ISIL) terrorists in this region for a long time.”

He also reaffirmed Iran’s commitment to helping the Lebanese government and nation in countering the Zionist regime’s aggression.

For his part, Lebanese Parliament Speaker Nabih Berri lauded Iran for backing the Arab country’s resistance against the Israeli enemy, saying Iran has also played a positive role in the settlement of regional crises.

Berri is in Tehran for the 13th conference of the Parliamentary Union of the Organization of Islamic Cooperation (OIC) Member States (PUIC).

Tehran has always voiced support for stability and peace in Lebanon. Even following Lebanese Prime Minister Saad Hariri’s snap resignation in November 2017 and his harsh criticism of Iran, Rouhani stressed the need for peace and stability in Lebanon and joint efforts to foil hostile plots.