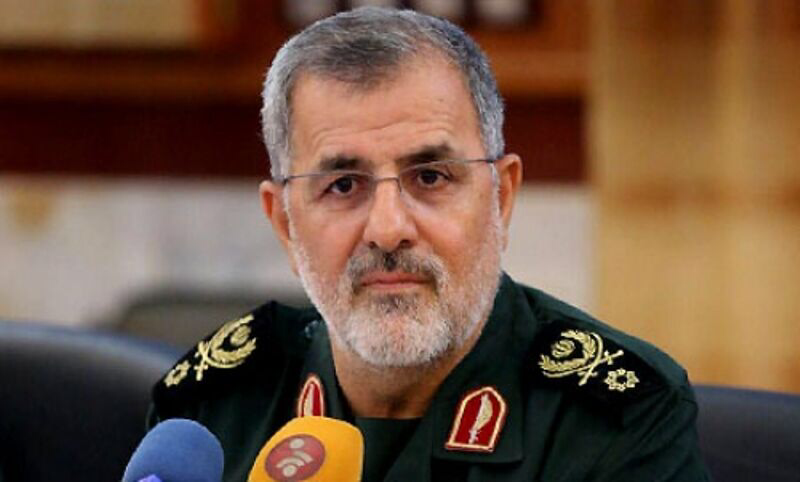 Iran's Islamic Revolution Guards Corps has warned against any attempt to change the borders of regional countries.

“We deem any geopolitical change in this region as disruptive to the internal security of the country, and we have always declared it a red line and we are not indifferent to it,” IRGC Ground Force Commander Brigadier General Mohammad Pakpour told Tasnim New Agency on Monday.

The general noted that the security of the borders of the Islamic Republic and those of friendly and neighboring countries are interconnected, and that the IRGC attaches great importance to this issue.

General Pakpour warned that Iran will not tolerate the Israeli regime using the territory of neighboring countries to carry out criminal actions.

“We will not tolerate any country’s territory turning into a safe haven and a base for the presence and…activities of the elements of this fake regime,” he stated.

General Pakpour also dismissed “unrealistic and provocative statements” about Iran improving the readiness of its combat units adding that those who make such statements have been influenced by third countries.

Senior Iranian diplomats and military commanders have in recent days stepped up warnings about Israeli plots to sow discord between Iran and the Republic of Azerbaijan.

Iran says Israeli elements, who have entered the Republic of Azerbaijan, are trying to destabilize border areas.

Last week, Iran’s Army Ground Force held military drills near the border to assess the combat readiness of its forces.