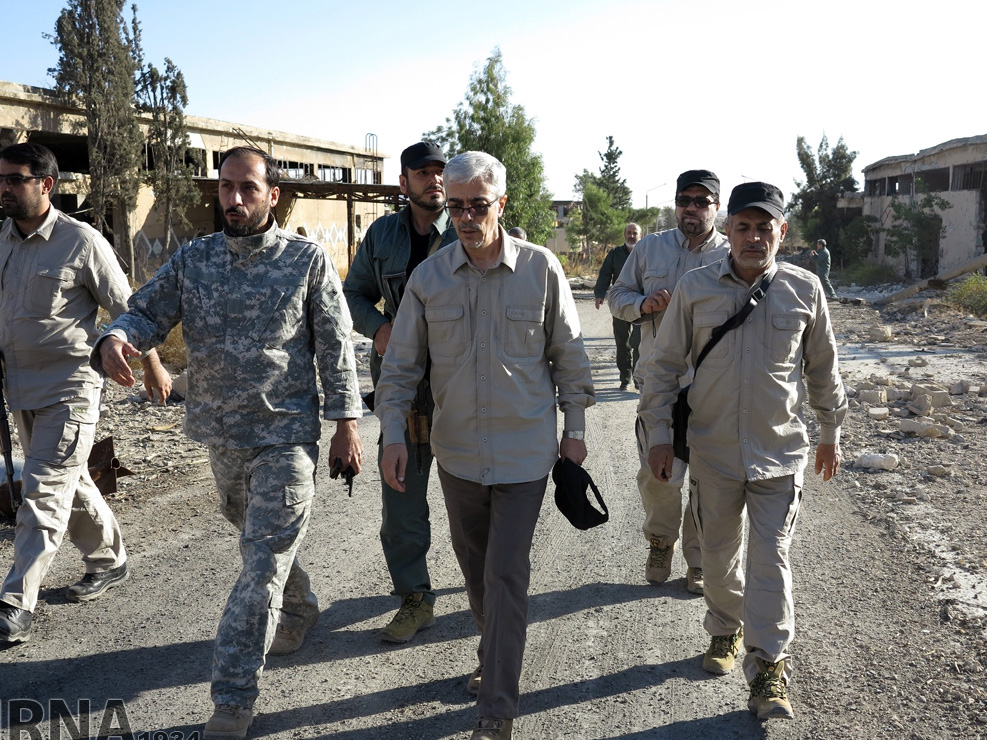 The Iranian military chief has praised successful counter-terrorism operations during a visit to a frontline position near the Syrian city of Aleppo, saying the terrorists are taking their last breath in the country.

“The life of terrorist groups is coming to an end,” said Chairman of the Chiefs of Staff of the Iranian Armed Forces Major General Mohammad Baqeri during a meeting with military advisors and armed forces involved in battles against terrorists in Syria, ISNA reported.

The senior military official further described “unity” and “exemplary coordination” among the Syrian army and its allied forces as the key factors behind the “successive” gains they have made against the terrorists.

Baqeri further expressed hope that the Syrian forces and allied fighters will continue to hold the upper hand in the fight against the Takfiri militants.

Since his arrival in Syria on Wednesday, the Iranian general has held talks with senior Syrian military officials.

On Thursday, he also met with President Bashar al-Assad in Damascus, where the two sides exchanged views on the battles against terrorism.

Iran, along with Russia, has a military advisory mission in Syria aimed at strengthening its army on the battlefield against terrorism. Moscow has also been providing air cover to Syria’s ground offensives. Syrian forces are also receiving assistance from fighters of Lebanon’s Hezbollah resistance movement.

Backed by their allies, Syrian government forces have managed to deal heavy blows to terrorist groups, which have been wreaking havoc on the Arab nation since early 2011.