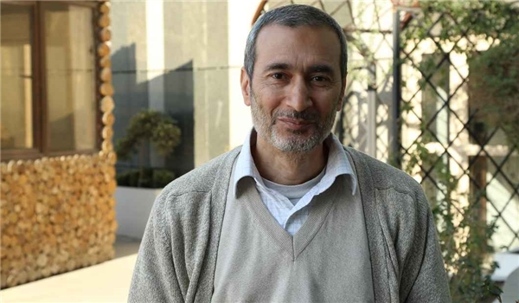 The Saudi government should have made the necessary preparations to safeguard the lives of the pilgrims in Mecca, Ali Larijani said.

Iran’s renowned space scientist and university professor Ahmad Hatami has been one of the eight Iranian pilgrims who died in the crane collapse in Mecca on Friday.

Communications and Information Technology Minister Mahmoud Vaezi said Monday that Dr. Ahmad Hatami, a science board member of Iran Space Research Center, was among the eight Iranian pilgrims who were killed in the accident.

The minister expressed deep sorrow over Hatami’s death and extended his heartfelt condolences to his family and to the Iranian IT and space technology community.

The Supreme Cultural Revolution Council issued a statement to express its profound sadness and condolences to the community of Iranian scientists.

At least 107 Hajj pilgrims, eight of them Iranian, were killed and 238 more, including 32 Iranians, were injured when the crane collapsed on to the Grand Mosque during storms.

Storms were lashing the Saudi city of Mecca when strong winds brought down the crane that was part of construction work.

Tons of rubble and debris crashed to the ground on top of scores of people gathering in the mosque for prayers when a part of the crane crashed through the roof.

On Sunday, Parliament Speaker Ali Larijani said the Saudi negligence was the main cause of the deadly accident.

“The Saudi government should have made the necessary preparations to safeguard the lives of the pilgrims,” Larijani said in a message of condolence to the bereaved families of the victims.

He expressed regrets that the Hajj rituals coincided with the sad incident, and asked Saudi officials to immediately investigate the cause of the accident.