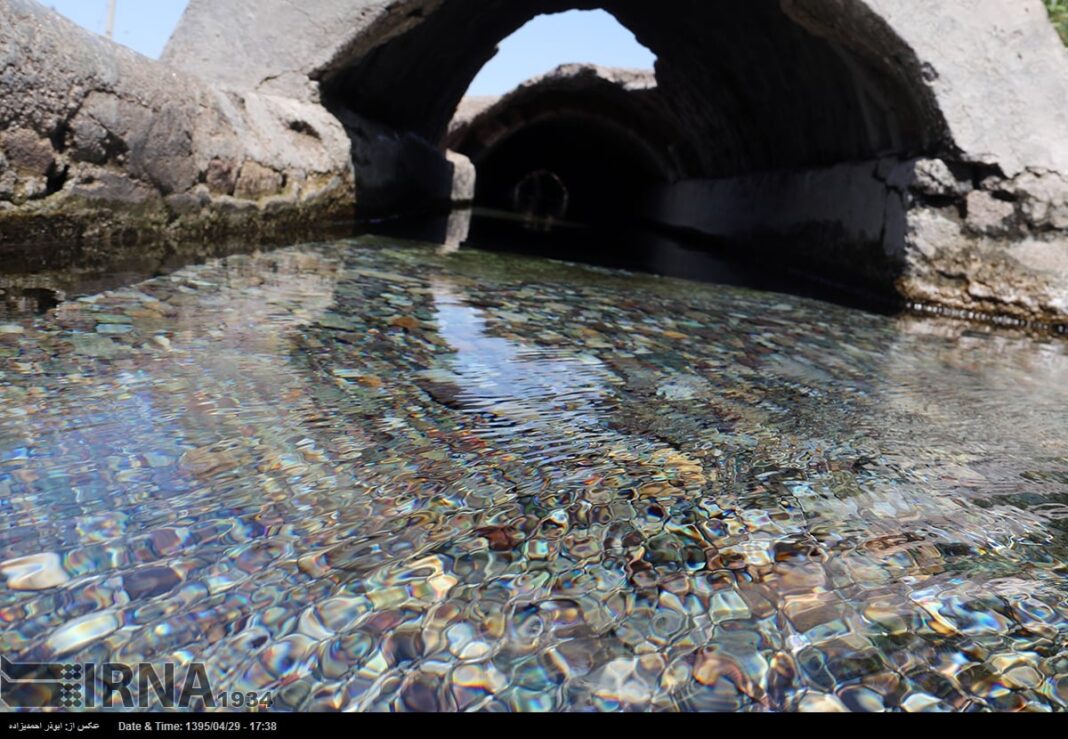 Kerman province in southeastern Iran is home to hundreds of qanats through which underground waters have long been extracted by local people.

These qanats are considered as the sources of life in the province. In the city of Bam, some of these qanats come out of the desert to irrigate palm trees while the passage of time has not been able to harm them.

Three qanats of Gohar-Riz Jupar, Akbarabad and Qasemabad of Kerman province have been registered in the UNESCO’s World Heritage List, and are visited by thousands of tourists each year.

Gohar-Riz qanat is located on the slopes of Jupar Mountains, and is now considered as one of the most important qanats of the province.

This qanat is 750 years old and dates back to the Safavid era. The 3,356-metre long qanat has 129 wells and irrigates almost 330 hectares of lands in the city of Jupar.

One of the advantages of such qanats is that their water is sourced from faults.

Akbarabad and Qasemabad in the east of Kerman are also among the qanats that have huge amounts of water. They date back to the late Qajar and Pahlavi dynasties with a length of about four kilometres.

In recent excavations on the walls of Bam, qanat inscriptions from the Achaemenid era have been discovered.

Extracting underground waters through qanats is one of the wonderful inventions by mankind which has played a crucial role in Iran’s agriculture since ancient times.

Most of the historians and researchers have attributed the technology of qanat building to Iranians and consider Iran as the birthplace of qanats.

Throughout the arid regions of Iran, agricultural and permanent settlements are supported by the ancient qanat system of tapping alluvial aquifers at the heads of valleys and conducting the water along underground tunnels by gravity, often over many kilometres.

The qanats representing this system include rest areas for workers, water reservoirs and watermills. The qanats provide exceptional testimony to cultural traditions and civilisations in desert areas with an arid climate.

What follows are photos of these qanats retrieved from various sources: