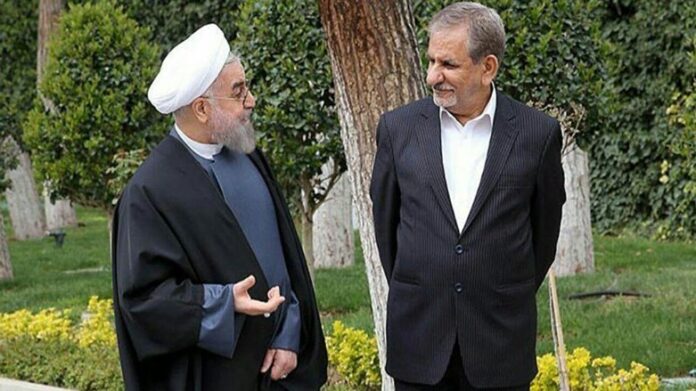 There are conflicting reports that several Iranian authorities including the first vice-president and two ministers have been infected with the novel coronavirus after the contagious disease broke out in the country more than three week ago.

In the report on Wednesday, Fars News Agency has compiled a list of the Iranian officials and political figures who have been infected with or died of the novel coronavirus.

Among the patients are three cabinet members, including the first vice president, and five members of the Parliament.

The top figure of the list in the report is First Vice-President Es-haq Jahangiri, who has been purportedly kept in quarantine and is receiving treatment.

The other cabinet members infected with COVID-19 include Minister of Industry, Mine and Trade Reza Rahmani and Minister of Cultural Heritage, Handicrafts, and Tourism Ali-Asghar Mounesan, both of whom are recovering from the disease, according to Fars.

Meanwhile, the reformist news website Ensaf News has dismissed speculation that First Vice President Jahangiri has been infected with coronavirus, saying the report released by Fars News is an “outright” lie.

The number of coronavirus infections in the country rose to 9,000 on Wednesday, out of whom 354 have died and 2,959 have recovered and been discharged from the hospital.