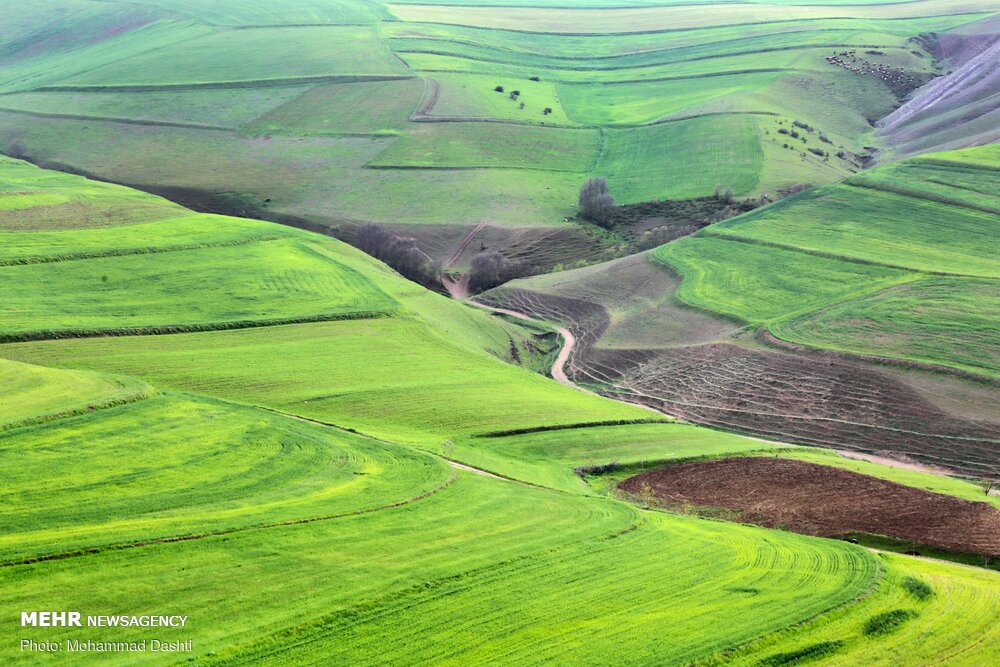 Dasht-e Mughan or Mughan Plain consists of three counties: Germi, Bileh-savar and Parsabad. Situated in Ardabil province’s northern part, the plain is bound on the north and east by the Republic of Azerbaijan, on the south by the city of Meshkinshahr, and by Arasbaran region on the west.

The nature of Mughan area is divided into three parts: mountains, foothills and plains.
The mountainous part includes the southern, south-western and western highlands of the region, which reaches from a minimum height of 100m to 700m in the south and west with a slope of more than 10 percent.

The plain areas in the north of Mughan region, on the other hand, extend to the banks of the Aras River with a very gentle slope – less than 5%. The plains mainly consist of agricultural lands due to their fine-grained, sedimentary, fertile alluvial soils; and are densely populated.

The greenest north-western border strip of Iran is located in Mughan plain: the stunning region of Mouran in Germi county, which includes 63 villages. A large part of the region is covered by a lush vegetation, which is known as the land of two springs. In April and May, also September, this part of plain is full of colourful spring flowers.

Despite its pristine, spectacular nature and numerous historical monuments, Germi is among the lesser known tourist areas of Ardabil province.

What follows are Mehr News Agency’ photos of the plain: