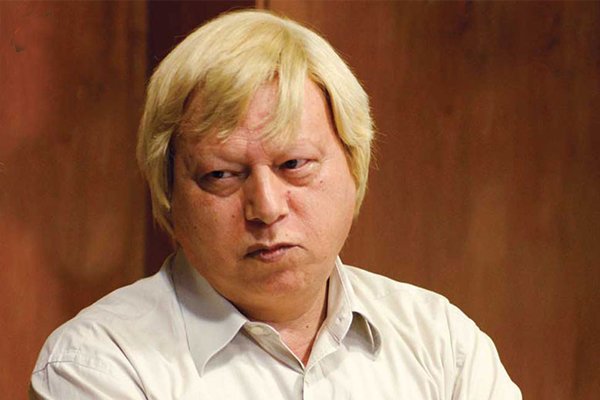 Seyyed Mohammad Beheshti, a senior cultural figure, says Iranians will constitute the world’s largest cultural lobby in the next decade.

Beheshti, the head of the Iranian Research Centre for Cultural Heritage and Tourism, has predicted that “Iranians will be the world’s largest lobby within the next one or two decades.”

“They will not need any wheeling and dealing as the Zionists do,” he said, as quoted by IRNA.

“The Iranian diaspora plays a key role in getting Iran out of global isolation on the cultural front regardless of political and economic issues,” said the official while addressing an expert meeting titled “Where is Iran? Where is the Iranian?”

“Although this community (Iranian expatriates abroad) has an independent existence, it is attached to its motherland as well, and is not indifferent and can turn into a bridge to restore global interactions,” he said.

Long History of Living in Iran

He said the length of time that humans have lived in Iran is almost as long as the history of man’s life as a whole.

“Iran is marked by the most ancient eras of life, and this land ranks first or second in terms of many of the turning points in man’s life such as domesticating animals and plants, getting settled down in one place, formation of villages, discovery of metal, emergence of cities, the invention of clay, etc.,” he said.

He then said Iran is not too large or too small compared to many territories.

“The size of Iran leads to Iranians having a common fate while preserving their unified existence,” he said.

He referred to the Persian language and Nowruz rituals as signs of cultural unity.

“Wherever Nowruz is celebrated, either Shahnameh (the Book of Kings, the magnum opus of renowned Iranian poet Ferdowsi) is highly respected, or Persian poems are written and recited. Such a place is Iran (including Iran itself or areas influenced by the Iranian culture)” he said.

Beheshti said there are 12,000 poets in Bosnia who write poems in the Persian language, which shows how influential the Iranian culture is in that country.

He then quoted two Iranologists as saying that Iran had a strong cultural presence in Russia in the past.

“A document has been discovered in Russia which dates back to 1,000 years ago (the Seljuk era). It shows a number of Russian tribal chiefs pledging to cooperate with one another. What is interesting is that a large number of these people have names mentioned in Shahnameh, which indicates Iran’s cultural influence,” he noted.

He said cultural diversity in Iran is rooted inside the country.

He said Kurds and Azeris have a common origin.

“The origin of both these ethnic groups is the Medes. In fact, the Medes who resided in plains became Azeris, and the ones living in mountains became Kurds,” he said.

He underlined that the two ethnic groups have different features because of their different situations.

Iran or Land of Persia

In the West, he said, there is a pattern which seeks to create a nation-state and establish unity as well as an official identity. However, he adds, “these are all artificial because there is no such country as ‘Canada’ in reality; rather, this country is created on paper and based on an agreement among a few. The same goes for Belgium and many other countries,” he said.

He underlined that the above-mentioned Western pattern was used in Iran at the time of Reza Shah (a former despotic Iranian ruler) and caused some disorder in this land.

“Before that time, this land was never named ‘Iran’ and was known as ‘Persia’.”

“Iran is, in fact, a large cultural territory in Shahnameh, and is something equal to Europe. So, naming this land ‘Iran’ is like giving the name ‘Europe’ to ‘Belgium’ and regard all European things such as the Renaissance, the philosophy of Ancient Greece, etc. as belonging to Belgium,” he noted.

He then touched upon the registration of historical sites and cultural items on the World Heritage List as well as the controversy over which monument or item belongs to which country. As a case in point, he cited the prominent poet Rumi, who was born in modern Afghanistan’s Balkh, died in Konya in modern Turkey, and wrote his magnum opus Masnavi (a collection of poems), in Persian. Today, all the above-named countries say Rumi belongs to them.

Iranian Expats Not to Lose Sense of Belonging to Motherland

The official then drew a comparison between Iranian emigrants and those of other countries.

“The Iranian society is one which does not easily lose its features and sense of belonging to its motherland. An example of this is the Parsi community in India. They are people who still belong to their mother land after a thousand years,” he said.

He touched upon the emigration of members of the Iranian society throughout history. He said Iranians have always aimed for high levels of accomplishment in the countries they are living in, and that is why “we are witnessing the third generation of the Iranian community securing top levels of achievement in different areas.”