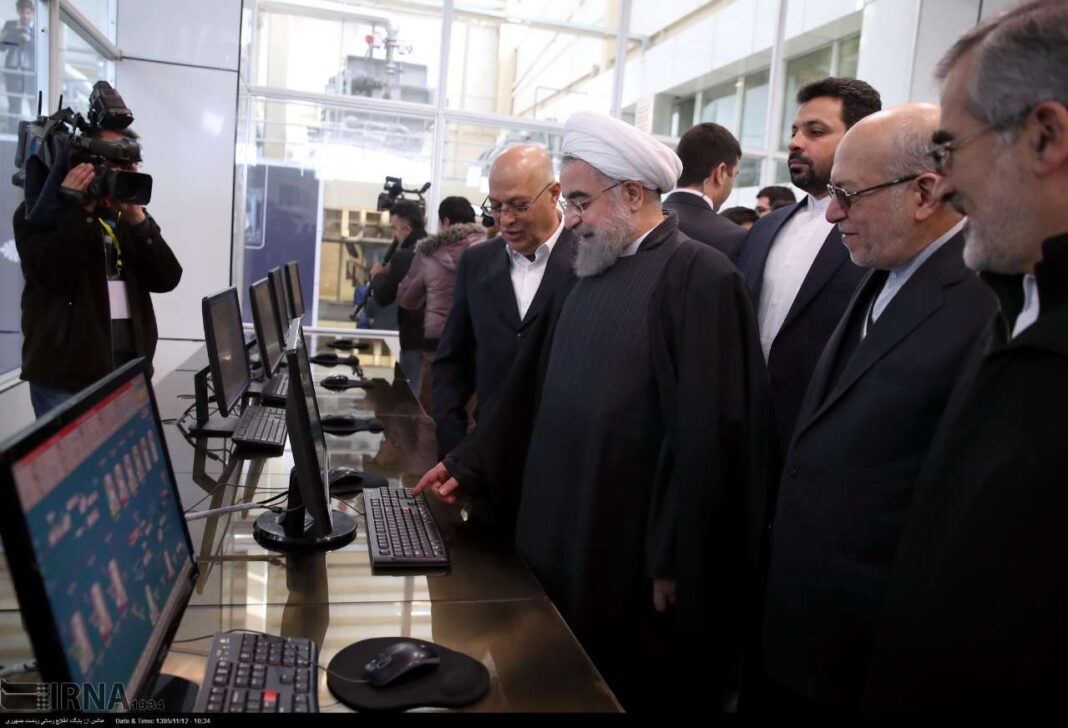 In a Tuesday visit to Alborz Province, President Hassan Rouhani inaugurated ‘Zar Grain Refinery’ as the largest of its kind in the Middles East and the first one in Iran.

‘Zar Grain Refinery’ located in Alborz province and a mega project of Zar Industrial and Research Group came on stream on Tuesday in a ceremony attended by President Hassan Rouhani.

According to a report by IFP, during the visit, President Rouhani highlighted the significance of Zar Grain Refinery, saying that many countries today are customers of the refinery’s products.

“The value of these grain products is as much as sugar but with 40% lower cost,” Rouhani said, adding the opening of this refinery is a cost-efficient move.

He also noted that the refinery has created a total of 6,500 sustainable jobs, and the government attaches great importance to knowledge-based projects that create job opportunities for young Iranians.

“Zar Grain Refinery has been inaugurated by the private sector using public facilities. Therefore, if we pay enough attention to private sector, we will witness a good move in implementing policies of Resistance Economy,” Rouhani added.

The first phase of the complex which is considered the largest of its kind in the Middle East and the first in Iran, became operational in early November 2014.

The refinery has the advantage of relying on supply, production and distribution and is scheduled in such a way that now it can refine thousands of tons of grain every day for dozens of industrial units and hundreds of food and pharmaceutical units in the country.

It is also the only dry port in Iran situated at the transport intersection in the country with access to the national rail network. These features will considerably decrease transportation costs and boost Iran’s competitiveness in international markets.

Zar Fructose products have entered the market with an emphasis on quality, health and cost-efficiency, targeting the improvement of customers’ health and increasing the quality of producers’ goods.

The first output of these factories include natural sweeteners derived from corn such as a variety of high-fructose corn syrup, glucose syrup, and a variety of starch, Mehr reported.

Other advantages include low storage and maintenance costs, more economic and cost-effective compared to sugar and sucrose derivatives, effective use of time, labour and energy due to the elimination of refining and baking sugar, a higher level of purity compared to other sugars, no microbial contamination, sterile distribution and the product’s more sustainability during storage.