IFP took a look at the front pages of 16 newspapers.

Comments by four prominent state officials, namely the heads of the three branches of government and the chairman of the Expediency Council, dominated the front pages of the Iranian papers on Thursday. President Rouhani’s optimism about the eventual conclusiveness of nuclear talks with the world powers; Ayatollah Sadegh Amoli Larijani’s comments in opposition to blocking social networking sites; Ali Larijani’s praise for the prowess of the Iranian armed forces, and Ayatollah Rafsanjani’s swipe at hardliners for their obstructive tactics were splashed across the front pages of the dailies. Iran’s 15th gold medal in the Asian Games, underway in South Korea, also grabbed front-page headlines.

Afarinesh: “Ties between Iran and Britain are not formed based on a speech or an interview by an official on either side,” the Iranian government spokesman said. 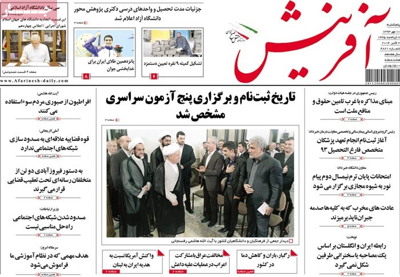 Aftab-e Yazd quotes principlists as denying reports that Ayatollah Mesbah Yazdi will lead them in the upcoming elections. “The one who is at the center of division cannot be at the center of a united front.”

Aftab-e Yazd: “Blocking [websites] is not the right way to solve the problems,” the Iranian minister of communications and information technology said. 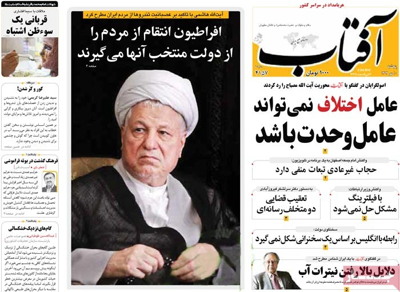 Arman-e Emrooz: “Hardliners are angry with the Iranian people [for their vote for moderation] and are today directing their anger at the government the public have chosen to represent them,” Chairman of the Expediency Council Ayatollah Akbar Hashemi Rafsanjani said. 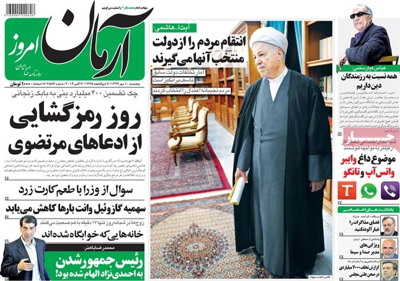 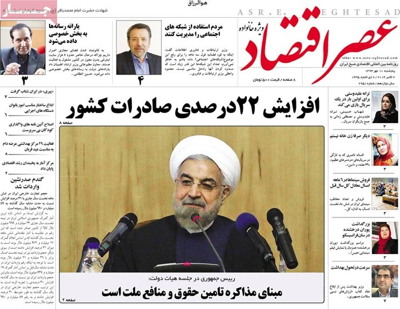 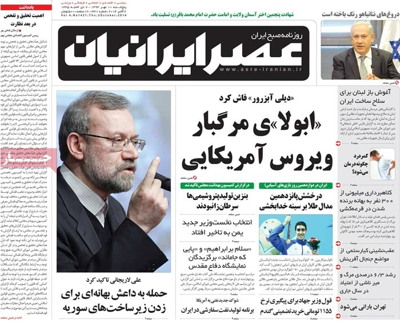 Ebtekar: “[Nuclear] talks will be conclusive,” President Rouhani tells his Cabinet after travelling to New York where his nuclear negotiators held a seventh round of talks with P5+1. 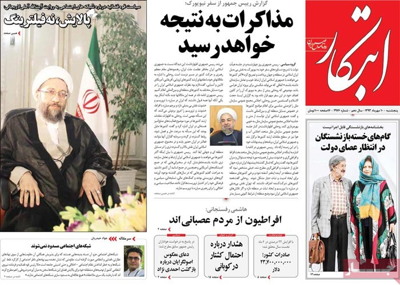 Etemad: “What I said at the Council on Foreign Relations has been mistranslated,” the Iranian foreign minister said in response to the ballyhoo hardliners have raised at home about his comments at CFR. 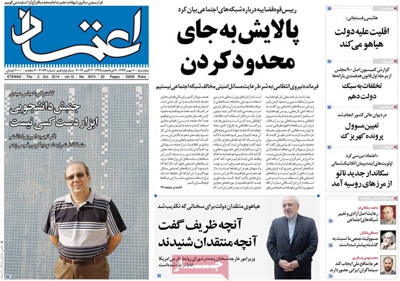 Ettela’at: Tehran is to play host to an international conference dubbed “The World against Violence and Extremism”.

Ettela’at: “We formulate our relations with Britain based on our national interests,” Government Spokesman Mohammad Bagher Nobakht said.

Ettela’at: “The president stood up for the dignity of the Iranian people at the United Nations,” the Judiciary chief said. 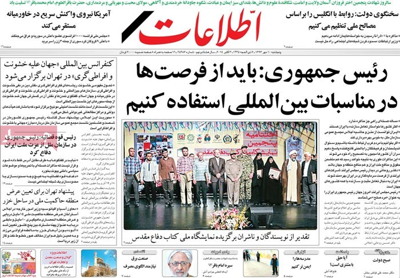 Javan: “Ebola is the product of a top secret American project in Africa,” a Liberian newspaper has reported. 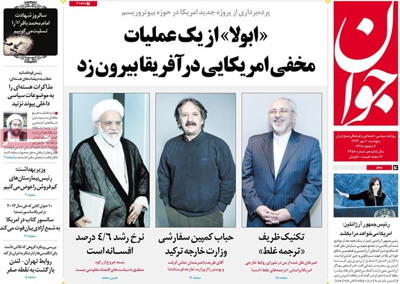 Jomhouri Islami: “A report on the violations of the ‘Targeted Subsidies Act’ under the previous government has been sent to the Judiciary.” 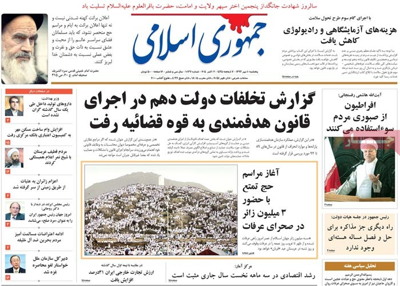 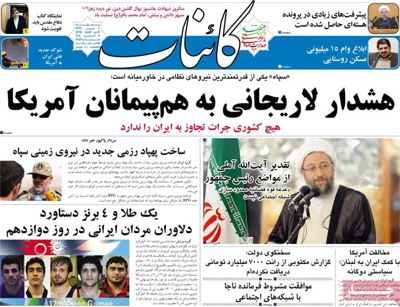 Kar va Kargar: “Iran has proven that it’s ready to build trust,” Ayatollah Hashemi Rafsanjani said as he urged the West not to seek excuse [about Iran’s nuclear activity]. 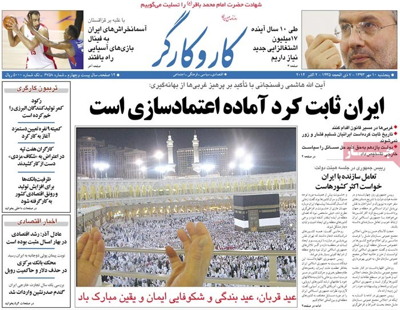 Kayhan: “Establishment of nine permanent military bases in Afghanistan is the gift a newly-signed security deal with Kabul hands Washington.”

Kayhan: “The overall number of medals Iranian athletes has bagged in the 2014 Asian Games in Incheon, South Korea has hit the 40 mark.” 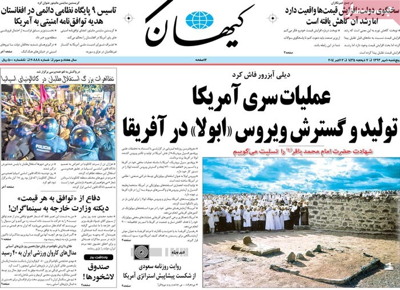 Mardomsalari: “We are committed to continued talks [with P5+1],” said Ali Akbar Velayati, a former foreign minister who now serves as an adviser to the Supreme Leader. 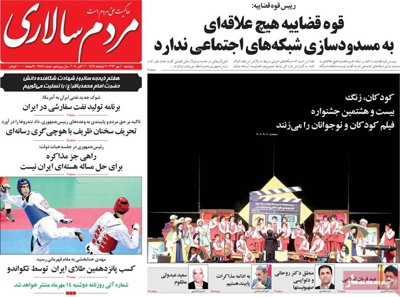 Sharq: “We will not limit our practice [of promoting virtue and preventing vice] to verbal warnings,” says the secretary general of Ansar Hezbollah, a hard-line group whose now-stalled plan to enforce morality laws has sparked a row with the Interior Ministry of late. 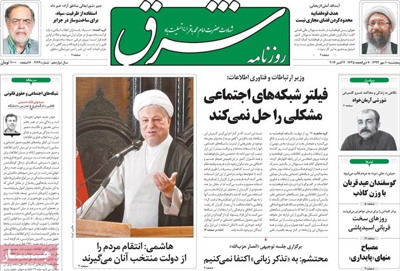 Vatan-e Emrooz: “Reports that Iran’s economy has posted 4.6 percent growth in the first quarter [after being mired in negative territory last year] are more like a dream than reality,” Tehran MP Gholamreza Mesbahi Moghadam said. 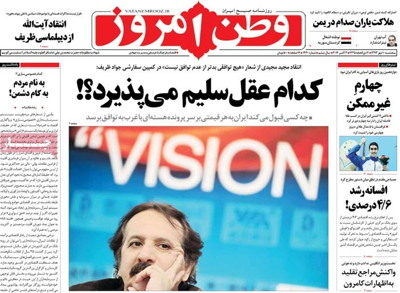