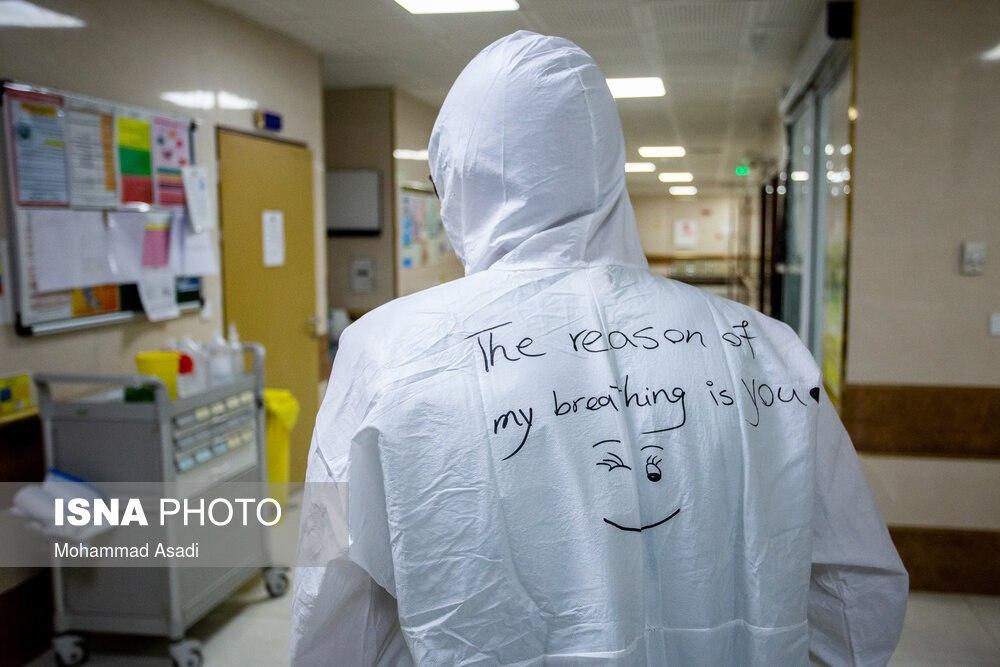 A group of medical workers in Iran have been seen in protective suits bearing poems and sentences that bring to mind their relentless efforts in the fight against the coronavirus outbreak.

Iranian medical staff have been looking after coronavirus patients for almost two months now. They have outfits which are hard to wear; still, some wear suits with poems and catchphrases written on them.

“Although this city is gripped by illness, I am a nurse and my heart has been taking risks my whole life,” read one of the poems. The poem was written by poet-cum-nurse Sajjad Alaei.

“Don’t let the crisis to get to a point when Iran turns into a cemetery one day,” he warns in one of his poems.

Another suit bears a poem by a Lebanese poet.

“Oh, sorrow! Didn’t your knees begin to hurt for kneeling on our chests?” it reads.
Gholam-Reza Tarighi is another poet one of whose poems is written on one of the suits of the medical staff.

“There is no story which does not end with love,” it reads.

A line of poem written on another suit reads, “I’m not afraid to see the spetcre of death looming large over the city, I’m a nurse and have put my life on the line for you.”

The medical personnel silently express their voices through the poems on their suits, voices which cannot be heard because of the masks on their faces.